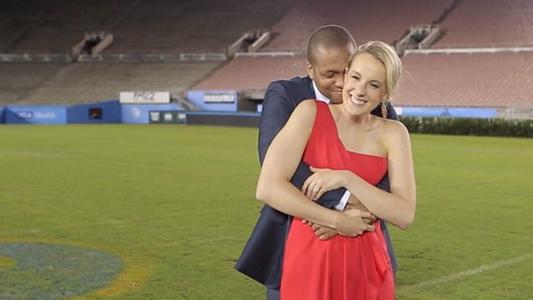 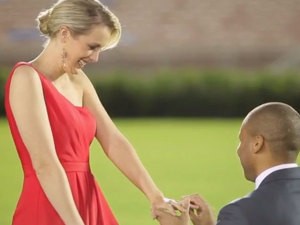 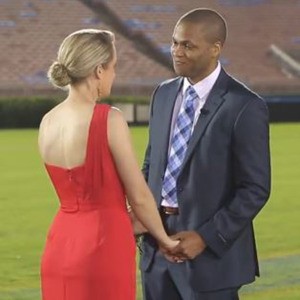 For some guys, a low-key proposal on the beach or at the end of a fancy dinner would do just fine. But not for a romantic guy like Levy, who has been putting money into his proposal piggy bank since he was 12 years old.

When he popped the question to Tiffany — his long-distance girlfriend of more than three years — on October 14, videography company Candlelight Films was there to capture all the romance.

Levy spent the last 17 months planning a scavenger hunt proposal. And when we say he pulled out all the stops, we mean it. He got her parents and all of her best friends together for the occasion, which included manicures, a limo ride and a shopping trip for a special dress.

The scavenger hunt eventually led her to the Rose Bowl in Pasadena, California where the couple first met. See how the rest of the dreamy proposal unfolds in the video below.