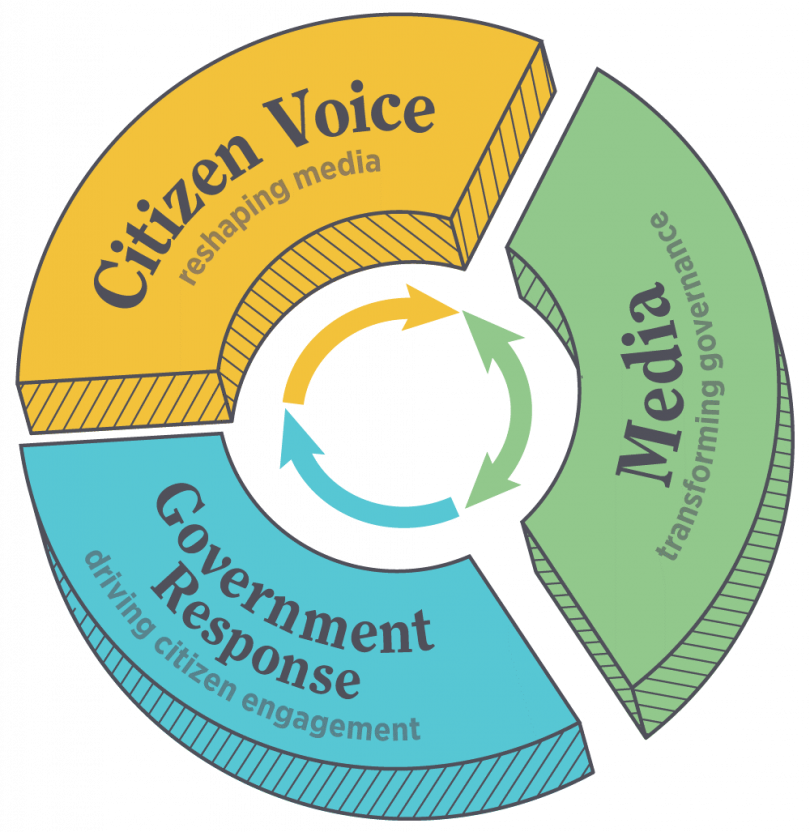 Discussions around the quest for greater accountability in government are a never ending one. It takes center stage in several citizen education platforms round the globe.

The importance of accountability and transparency in government can never be exaggerated. It is the thread that holds democracy together. Democracy is touted as being a form of government where power resides in the people and as such, they are supreme in determining the issues of the day. It reasonably follows that if the government is elected by the people; it has to be accountable to these people – It has to transparently render stewardship of the trust placed in it by the people.

Government accountability in Nigeria is largely non-existent. Interestingly, this anomaly is more attributable to the people rather than the government itself. Power has a way of ingraining a false sense of invincibility in its holders. This depravity is further empowered by the docile citizenry. Governments naturally want to disclose as little as possible to the public. Their day is therefore made when citizens do not show any desire to know. A classic example is in the case of Lagos. As exposed and educated as Lagosians are, the state still isn’t as accountable as it should be.

A key factor that has emboldened the anti-accountability stance of governments at all levels in Nigeria is the excessive veneration of public office holders. The average Nigerian holds public officials as demi-gods who should be worshiped. The default posture on office holders is aptly captured below:

“We deserve nothing from our leaders. Therefore, we have to be grateful for every little thing they do. We kanot Kuku do anything to them if they do nothing.”

No citizen might say this out loud; however, this docility is aptly reflected in his interactions with public office holders.

Anytime I see or read about the excessive display of veneration by citizens upon commissioning of a laudable project, I am quick to ask: “What on God’s earth were they elected for”? To add salt to our injuries, they get ludicrous salaries/allowances for it!

For instance, a governor constructs a pedestrian bridge in an area that has badly needed one for decades. On the D-day (commissioning day) he waxes lyrical about how his government is a responsive one and how the previous governments have neglected that area. The residents, in turn, roll out their red carpets and sing praises of the governor to the high heavens. The traditional ruler offers a chieftaincy title; religious leaders secure donations from him to build churches and mosques in his name.

No one bothers to ask; how much was this bridge constructed? Who was the contractor? How was he selected? How much was approved for the project? How much was he paid? How much do such bridges cost normally in relation to the approved amount? What is the quality of the materials used in construction? How many times has the same contract been awarded?

Any citizen that dares asks pertinent questions may be reproached by fellow citizens, “what is your own? Is he not better than those governors that don’t do anything! There’s nothing wrong with stealing part of public funds as long as you do some work! Wouldn’t you do the same if you were there?”

In fact, as a public office holder, if you loot the treasury dry and by chance get convicted, you would get a rousing welcome upon completion of your prison term! While in prison, you should be rest assured that your Pastors and Imams are burning the night candle, praying fervently for your freedom, and releasing the wrath of God on your “enemies”.

Some years ago, I witnessed the arrival of a Speaker of a State House of Assembly at a function. I counted no less than eight vehicles in his convoy. His arrival was greeted with fanfare; chants of his nickname rented the air! No one was disturbed enough to accost him and ask him why he had to go out in such a large convoy. Perhaps more aptly, no one had the guts to air their inner rage! The function organizers were more concerned about securing generous donations, while some attendants were eagerly awaiting the wads of Naira he would throw into the air when leaving.

Sadly, this is our reality as a people. The average relative of an office holder expects “returns” the moment he attains public office. Such office holders are quickly labeled as “stingy” if they don’t give in to their ludicrous demands for money and various forms of enrichments.

A couple of organizations are already championing the cause to reverse this regressive phenomenon (BudgIT, EIENigeria, and others). In the case of BudgIT, it has gotten to an enviable level that some government agencies (NEITI and NPA for instance) work with them in coming up with their budgets.

Government agencies like BPP (Bureau of Public Procurement) also need to up their game in order to fulfill their role in the quest for accountability. At the federal government level, the recent moves by BPP to update their price list is highly commendable. This would make it quite impossible for different government MDAs to quote different prices for the same budget item.

Saheed Animashaun (@anigene) is an accountant and social commentator. He can be reached via Saheed.animash@gmail.com