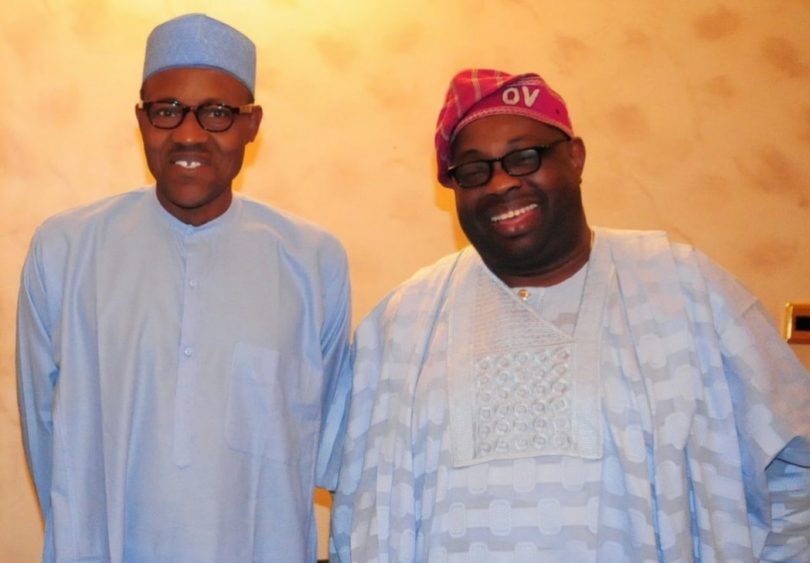 Fellow Nigerians, let me begin by welcoming our dear leader, President Muhammadu Buhari, back home from his medical vacation in London. We have every cause to be thankful to Allah, the Merciful. The Yoruba have a very apt adage for what happened to President Buhari: we should be grateful to the death that wanted to kill us but chose to blow off our cap only. President Buhari is a very lucky man. Indeed, he is a cat with nine lives. From the pictures, we saw of him while he attended to his ubiquitous visitors, it must have been a close shave. I’m happy Baba was given another chance by the Almighty. Not everyone gets that fortunate.

As I wrote before Baba came back, many Nigerians were beginning to give up on his government. They believe this ruling party, APC, has virtually derailed. That they have failed to deliver on the phantasmagorical promises made when we all conspired and collaborated to sack the government of President Goodluck Jonathan. But surprisingly, things began to look better during the short span the Vice President, Professor Yemi Osinbajo acted as President. The synergy between him and the team appeared very cordial and proactive. His biggest achievement in Baba’s absence was the effort he put into uniting Nigeria and Nigerians. Everything he did looked too good to be true. Knowing a bit about how things work in the corridors of power, I was troubled about the possibility of a few powerful people misreading and misjudging Professor Osinbajo’s innocent moves and great intentions.  It is to the Vice-President’s credit that he did not let those kinds of people detract from the good work he was doing probably because he knew he had the full backing of President for the steps he was taking.  After all, as the Vice-President has pointedly remarked he was in constant consultation and dialogue with the President even though Baba had told him not to bother and carry on as he was doing.

I saw in Professor Osinbajo a man determined to rescue this government from the terrible jinx that befuddled its predecessors.  I saw a perfect gentleman who wanted to hold fort for his boss by ensuring that things did not fall apart before his return. I did not see a man scheming to take the position of his boss for whatever reason.  It was apparent that Professor Osinbajo’s only desire was for the nation to progress and for his boss to meet a better country and continue from there upon his return. This is the type of deputy we all pray for in life. This is the kind of assistant every leader would wish for, and be proud of any day. Therefore a few of us wrote to support and encourage the Vice President but some persons misconstrued our motives. That is no longer news. It was the same way we were pummelled in the past for speaking truth to power. But we must continue to do so because this is our government.

Baba needs to take his time to feel the pulse of the nation. I plead, in the name of Allah, that he listens carefully to the wailers, as his people have labelled those who have been advising government and grumbling aloud about the seeming inertia of this government. He can afford to ignore the messengers but should never discard the loud messages. They can’t all be wrong even if we read right or wrong motives to their action. The truth is that we all want Baba and his team to succeed because his success is the success of the nation. I find it difficult to understand why people cannot appreciate that simple fact.  It is not everyone that would be forced out of power and can return triumphantly after 30 years. It is one of those miracles we only read or dream about but never witness. This more so, after four attempts of presidential campaigns.

I was particularly moved by the letter from the Kaduna State Governor, Mallam Nasir El Rufai. Here is a well-known protégé of President Buhari. Here is a man projected as a possible successor in case President Buhari decides not to seek a second term. I shuddered as I read and raced through his 30-page missive to our President, I couldn’t believe anyone that close to Buhari could fire those salvos. In that massive letter, I read the bitter truth even if many would read sinister undertones to it. Governor El Rufai really poured out his heart as candidly as decorum permits. Baba should in fact thank him for this. It takes love to openly criticise, even chastise, what is yours. It was an admission of acute frustration in the system that has long experienced systemic failure. Baba should find time to read and digest that letter. I’m sure he would know how to sift the grain from the chaff. Undoubtedly, El Rufai is one of the brightest stars we have in Nigeria despite the many controversies around him. When he speaks, we should not discountenance his wise counsel. I’m reasonably convinced that he means well for the President and our troublesome country.

Many things are being said behind Baba that he would never get to hear or read due to the hypocritical nature of human beings. Only the bold ones would dare speak up and damn the consequence. But anyone who loves Nigeria and the President would stand up at this difficult time to be counted amongst the brave. Baba should maintain the tempo he met on ground when he landed last week. He should encourage Osinbajo to carry on with a system that was already bearing fruits, by delegating more tasks to him. His health challenges, for now, would not permit him to operate optimally and he should not even overstretch his luck. It is too dangerous to overwork when one is just returning from such an intensive medical check-up. I pray Baba and his team, including the Vice President, are already working at that same speed and tempo that we have become accustomed to in his absence and that some of us are just paranoid for nothing.

Nigeria was in a big mess when President Buhari took over the reins of power and in nearly two years, we’ve not even scratched the surface of dealing with the sorry state of affairs that he inherited. Yet, the battle for 2019 elections has already started in earnest. This government has so much work to do in less than two years if the APC is to retain power at the Federal level and this can only be done if all hands are on deck.

Let us pray for President Buhari and praise the letter writers for their uncommon courage in this season of anomie.

A TOAST TO GOVERNOR AMBODE

I know this would come as a surprise to the Governor of Lagos State, Akinwunmi Ambode, but that is the whole idea. If a man is doing well, the least we can do is to support and encourage him.

I wish to confess today that Ambode has surpassed my expectations in under two years. I remember getting an invitation to meet with him sometime in 2014. A call came through to me in Ghana from his close aide, Idowu Ajanaku. The caller was very confident that the next Governor of Lagos State would like to meet me at my earliest convenience to solicit my support. I had wondered what support ordinary me could render when the man was amply surrounded and motivated by political juggernauts, especially the irrepressible Asiwaju Bola Ahmed Tinubu. All the same, I accepted the invitation, if only out of curiosity and left everything to fly to Lagos.

I met Mr Ambode somewhere on Glover Road, Ikoyi. We had never met nor spoken before then. He came across to me like a very simple and humble personality. He divulged his plans and I felt honoured that he consulted me at all. He spoke eloquently about his plans for Lagos. I knew he was going to have to fight a major battle to become the Governor of Africa’s most powerful state government but he had God and the human backing of the former Governor of Lagos, Tinubu. I believe only God can bequeath or take power and so knew he had a good chance. Ambode radiated pure confidence and at the end of our meeting, he saw me off to my car and I wished him well.

He fought a gallant battle to get his party’s ticket. Between Senator Tokunbo Afikuyomi, a political wizard, and I, we did everything we could to support him. I was particularly willing and ready to back him up heavily on social media. I couldn’t get over his simple mien and this made his matter compelling for me. Besides, Asiwaju Tinubu, had mentored a few of us while we were in exile in London after the June 12 imbroglio and this was payback time. The general elections came and Ambode won and we were all happy and jubilant.

Since then, I visited him once on a courtesy visit, in company of my best friend, Prince Adedamola Aderemi, and we met the same Ambode I had met before he became Governor, humble and simple. Like the first time, he saw us off to our car, and we chatted freely. On another occasion, I saw him on the Third Mainland Bridge and sent him a text and he called immediately to exchange greetings. But what has impressed me the most is not his interpersonal relationships but the manner he has simplified governance. In less than two years, he has improved drastically on the great Lagos the then Governor Babatunde Raji Fashola handed over to him. Fashola himself had laboured hard to emulate the giant strides of Tinubu in Lagos.

I’m very proud that the three Governors of Lagos since the return of democracy in 1999 have all done a lot to make Lagos such an enviable city and a success story. Governor Akinwunmi Ambode is obviously determined to surpass the humongous achievements of his predecessors, including the great veteran journalist, Papa Alhaji Lateef Jakande, and the legendary military Governor, Brigadier Mobolaji Johnson.

Prince Adedamola Aderemi and I were stunned when we drove recently through Epe, from Ijebu-Ode, where we had gone for the 40-day funeral festivities of Bimbo Ashiru’s mum. The transformation we encountered was truly massive and impressive, more so, because we had passed that same route a few months earlier. Within the Lagos Metropolis itself one can see the stellar work that Ambode is doing but our experience in Epe made us realise that the Governor is touching all parts of the state and not just the showpiece capital.

Ambode’s operational smoothness, typified by the novel but simple way in which he has changed the traffic situation on the Lekki-Epe Expressway by removing roundabouts and replacing them with intersections and flyovers, shows the lack of clutter in his mind and a willingness to innovate and be creative.

Lagos used to be badly polluted but Ambode is working at the speed of light to clean up the environment urgently. Cleanliness is said to be next to Godliness. The Cleaner Lagos Initiative is a bold and ambitious project that seeks to rid Lagos forever of its traditional filth. The plan is to expand the scope of LAWMA and enforce the regulation of the waste management process to the highest international standards. This will also create jobs for thousands of residents.

The vision of Ambode is very impressive and he has started driving a social infrastructure revolution in Lagos. His style is recommended to his colleagues who must think outside the box to improve on their states. While I agree that Lagos is a rich state, Ambode must be commended for spending the resources of Lagos judiciously and positively.

He deserves our support and prayers.