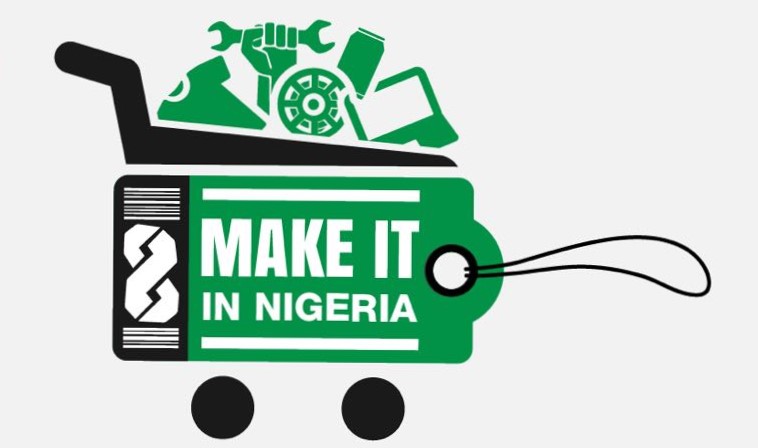 Nigeria’s population has grown tremendously since from 45.2 million people at Independence 56 years ago, to an estimated 182.2 million people in 2015.  Unfortunately, our population growth has not been matched with an increase in our capability to produce all the things we need and consume as a nation. As our population increased, we became increasingly more dependent on imports to satisfy our booming demand with a huge undesirable impact on the nation’s economy.

Despite numerous industrial development plans in the 60s and 70s, the little industrial base we developed has been decimated by the tough economic environment over the last 25 to 30 years. Even agriculture has not been spared this shame with the country spending astronomical amount of money on food importation because of terminal decline in farming. Policies like Operation Feed the Nation, Green Revolution, etc. driven by governments in the past has failed to stem the rural urban migration as flocks of people head to the cities in search of white collar and blue collar jobs – a common feature of rural-urban migration.

A study of the traffic at seaports and land border posts today will lay bare the dire situation we have where we practically import most of the things we use – food, clothing, machinery, etc. All the big industries of the 70s and 80s have been in decline, with many of them becoming extinct. Paradoxically, all the gains we made during this era has reversed with most of the goods we use today being imported. Most of our industrial areas have become desolate with empty factories, some have been turned into warehouses for imported items whilst others have become derelict.

Our current account has persistently remained in deficit and growing, with a huge chunk of our export earnings being gulped by imports. In some instance, the government has in the past even had to resort to borrowing to finance imports. Nigeria simply spends too much on imports; we cannot produce even the barest things like tooth picks!!! This is one of the reasons why our currency has been under pressure with the naira depreciating significantly over the last 12 months, though it is beginning to recover some lost ground as a result of recent CBN actions. Our current account deficit grew from $14.5bn in 2010 to $20bn in 2016, a very worrying trend.

Today, Nigeria is the largest importer of US hard red and white wheat worth N635 billion annually; world’s number 2 importer of rice at N356 billion; we spend N217 billion on sugar and N97 billion on fish. By 2050 our population is projected to be around 450 million. With the country spending in the region of $22bn annually importing food, in the face of oscillating and declining foreign exchange receipts from crude oil, we need to take drastic action to arrest the situation.

It is imperative that we as people resolve to use what we make and make what we use. This implies a conscious decision for us to patronise locally made goods and find substitutes for the goods we currently import. The public needs to buy-in to this program and philosophy to ensure that our country’s economy not only stabilises but strengthens our local manufacturing base with the multiplier effect on other areas. In addition to using price as an instrument of adjusting consumption habits, the government must actively sensitise our people about the need to produce locally, patronise local producers, and consume locally made goods.

First and foremost, the government must lead by example by ensuring all Ministries, Departments and Agencies patronise locally made goods where possible. I have just returned from Imo State where I was very delighted to see that the State Government only uses Innoson buses for all their bus requirements. This is a highly commendable action that must be imitated by other state governments and the federal government. We need to see more government support and patronage of locally made tools and machinery. The government being a large purchaser can also use this opportunity to drive up standards and enforce strict adherence to the rules around manufacturing such vehicles. There is no reason why this company cannot grow to become the Tata or Hyundai of Nigeria. Countries like India with Tata and Malaysia with Proton used this kind of strategy to develop a booming local car manufacturing businesses that not only saved them considerable foreign exchange but also became good sources of foreign exchange receipts through exports.

It is not all doom after all; there are encouraging news in the three sectors below;

Nigeria has moved from a being large importer of cement to a net exporter of cement due to cement production explosion from the large cement plants built by giants like Dangote. As at 2011, Nigeria was one of the world’s largest importers of cement, buying 5.1 million metric tons of foreign cement at huge expense to the country’s balance of payments. This ended with Dangote Cement Plc exporting 0.4 million tons of the product to other countries in 2016.

It is estimated that Nigeria spends around N1 trillion naira on just importing four food items – rice, wheat, sugar and fish. Clearly this situation is unacceptable, as a result of this, various rice growing schemes has been developed with very positive results in many states. We have Umza rice from Kano, Mas rice from Gombe, Mama Happy rice from Niger, Labana rice from Kebbi, Olam rice from Nassarawa, Igbemo rice from Ekiti, Ofada rice from Ogun, Ebonyi rice from Ebonyi, Anambra rice from Anambra and Lake rice form Lagos/Kebbi partnership. This has led to drop in the volume of our rice importation with the country expected to become self-sufficient in rice production by 2018.

Though today we still import large volumes of petroleum products, by 2018 when the $14bn Dangote Refinery in Lekki with a capacity of 650,000 barrels per day capacity comes online, it will be producing enough petroleum products to meet Nigeria’s consumption needs and also exporting refined crude products to other countries. The factory will also be producing petrochemicals and fertilisers by the end of the decade.

Stimulating and nurturing the entrepreneur spirit in our people is key to triggering a Made-in-Nigeia explosion in our daily consumption goods. The government needs to promote its numerous Entrepreneurship programs to ensure people know and understand how to tap into these schemes. A good example is the Central Bank of Nigeria (CBN) driven Youth Entrepreneur Development Program (YEDP) – a N210bn fund dedicated to supporting small and medium scale enterprises. Another is the Bank of Industry (BOI) Youth Entrepreneur Scheme (YES), a N10bn fund set up to support the establishment and/or expansion of enterprises promoted by Nigerian youths across the country. There must a concerted effort to ensure that a huge chunk of these funds are channelled into making what we use.

The public needs to have more confidence in our locally produced goods, and for this to happen organisations like the Standards Organisation of Nigeria (SON) needs to step up their act in enforcing good quality to ensure that goods produced in Nigeria meets international standards. If we fail to do this, the public will lose confidence in the locally produced goods. Doing this well will encourage the public to use what we make.

We have pockets of innovation in places like Aba in Abia State that developed a huge indigenous industrial base in the 80s but has since lost momentum. The government needs to find ways to stimulate economic activities in these areas by providing essential services like regular power (as opposed to the present dependency on diesel powered generators) and economic incentives through grants and taxation. This can lead to an explosion in light in consumer goods at the low end of the value chain which can grow to include light industrial tools and machineries.

To achieve the government’s target of Nigeria becoming self-sufficient in food production by 2019, we need more dynamism in our agriculture sector. It needs to be made sexy, a nation that cannot feed itself (be able to meet at least 90% of its food needs) is highly vulnerable and at the peril of fluctuations in international trade. Already we have witnessed a flurry of activities in this sector as people warm up to the government’s numerous incentives and programs, this needs to be sustained and remain in focus of policy makers. We must also move to becoming an exporter of agro-allied products rather than just being an exporter of commodities. Towards this end there needs to be greater co-operation and collaboration between Entrepreneurs and Research Institutes, Universities of Agriculture, Polytechnics to encourage the evolution of machines that will promote mechanised agriculture and enhanced crop yields.

It is my hope that the discussants and speakers at the upcoming Annual Bola Tinubu Colloquium, which has the theme, “Making It In Nigeria,” would come up with solutions to the many challenges Nigeria faces in its drive to become a producing country. The event, which holds on Tuesday, 28thMarch, at the Eko Hotels and Suites, has lined up some of the most successful young entrepreneurs, manufacturers, government officials and policy makers ready to converse on this critical subject.

Beyond this, we also need to stimulate our exports to boost our non-oil revenue and insulate our economy from the volatility in the global oil markets. Countries like India, Brazil and South Korea have managed to enjoy export led growth as lifting a huge chunk of their population out of poverty in the process. Nigeria can take a cue from this….