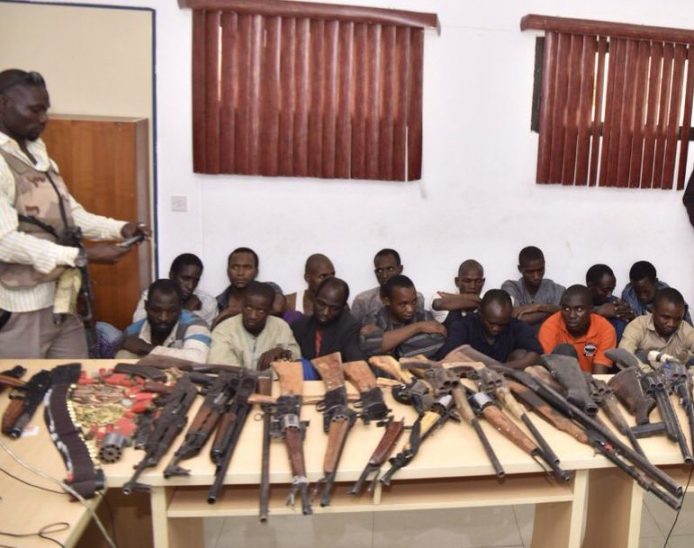 From efforts at dialogue and reconciliation to security; if the strength of the El-Rufai led administration is going to be measured by how effectively it deals with the 37-year-old Southern Kaduna crisis, then it might be safe to conclude that the administration has shown itself to be breathtakingly competent.

There is a peculiar way that most crisis start in Kaduna; a man offends another man, every so often, one of them is from the largely Christian South and the other is from the largely Muslim North, one party decides to take laws into his hands and the offense quickly escalates to a crisis. At the point when law enforcement is brought in or made aware of the crisis, it would have assumed the dimension of a group dispute.

The Kaduna State Government has come up with a three-pronged approach to effectively end this crisis. The approach ideally begins with guaranteeing physical security and forestalling further violence, this will make way for peace building efforts including consultations with relevant stakeholders and the final prong is strengthening law enforcement to the extent that perpetrators of these violent crimes are brought to book.

For El-Rufai, the immediate goal is to protect the people of Southern Kaduna and stop further bloodletting. Already, 10 platoons of Mobile Policemen have been deployed to maintain the peace in Southern Kaduna and patrol the surrounding forests where herdsmen attacks have often been reported. A government owned estate has also been converted to a permanent base for Mobile Police operations in the Kafanchan area.

Despite the fact that the foundation for a military formation was destroyed in the very same Southern Kaduna sometime last year, the government has gone ahead with plans to construct two military formations in Kafanchan and Kachia Local Government Areas. These formations will ensure that the military is resident in Southern Kaduna and can carry out Internal Security Operations locally. The formation in Kafanchan is almost at completion and is equipped with 3 helipads that allow for improved air surveillance and monitoring.

It is in getting these security agencies to work in an environment of easy synergy that a quick resolution for the Southern Kaduna crisis will be found. And this quick resolution is particularly important to El-Rufai seeing as the current crisis thwarts all his economic renewal efforts for the area.

Secondly, El-Rufai takes the responsibility to consult with the Kaduna State citizens seriously. This is why alongside consulting with critical stakeholders like traditional and religious institutions, security forces, youth groups, Southern Kaduna and Fulani groups or associations, he has also made official contacts with states that have dealt with similar crisis situations in the past. These consultations are in a view to understanding the measures they adopted in resolving these conflicts and ultimately domesticating these tactics to the extent that they are effective for Kaduna State.

These contacts have led to very significant partnerships with the Centre for Humanitarian Dialogue, the United States Institute for Peace as well as other organisations working in the area of conflict resolution.

Perhaps, most prominent is the partnership with the Centre for Humanitarian Dialogue that has resulted in a peace pact between 32 warring communities in Southern Kaduna and the Kafanchan Peace Declaration.

Thirdly, El-Rufai knows that no peace is possible without a foundation of justice, this is why he is firm with improving the capacity of law enforcement and apprehending all those who are investigated and found culpable of inciting violence in Southern Kaduna.

For most of its conflicts, previous Kaduna State administrations have always commissioned panels of enquiry, issued white papers, identified indicted persons and always stopped short of prosecuting them. This is the sense in which El-Rufai differs, he has stated a commitment to prosecution and these efforts have begun to yield results.

The Joint Tactical Operations Squad commissioned by the Inspector General of Police late 2016 has already arrested 17 suspects. The suspects mostly consisting Fulani herdsmen and a few Southern Kaduna natives were paraded at the Police Force Headquarters on 1st February, 2017 following investigations into the violence in Kafanchan and other environs of Southern Kaduna. Prior to this, troops of the 1st Merchanised Infantry Division intercepted and arrested two men conveying live ammunition in Kagoma Chiefdom in December last year and many more ammunitions have been mopped up since then.

El-Rufai is determined not to relent in his efforts until lasting peace is restored to Southern Kaduna and all Kaduna State citizens are assured of safety wherever they choose to dwell. This is a right enshrined in Nigeria’s constitution and El-Rufai has made it his goal to ensure that all citizens are guaranteed this right.