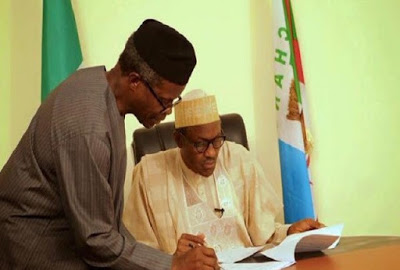 Two Senior Advocates of Nigeria (SANs) Yusuf Alli and Sebastine Hon yesterday said President Muhammadu Buhari complied with the Constitution by notifying the National Assembly of the extension of his vacation for health reasons.

They said since he handed over to Vice President Yemi Osinbajo who will continue to act as President, there was no vacuum, which the Constitution abhors.

Alli said: “We should all just be praying for his recovery. May God shield him so that he can get back to his duty-post.

“He has transmitted a letter to the National Assembly. That’s what the Constitution says he should do. And he has done that.”

On Buhari not stating when he will return, Alli said: “What is important is that he has transmitted a letter saying that he would be away.

“This means by extension that the Acting President continues in office, so there is no vacuum. What the Constitution wants to prevent is a situation where there is a vacuum. Somebody was acting for him and will continue to act.”

Hon, a constitutional lawyer, said Buhari means well for Nigeria by handing over to the Vice President before traveling.

He said the Acting President has full powers of a President, so there was no vacuum.

Hon said: “It is still within his constitutionally allowed time to be absent. Anybody can be sick, so let’s not over blow this thing. I would want everybody to pray for him and to wish him well.

“Buhari has done well by handing over to the Vice President. Some other people don’t do that. Some governors don’t hand over to their deputies when they travel.

“So, to hand over to the Vice President shows he means well for the country.”