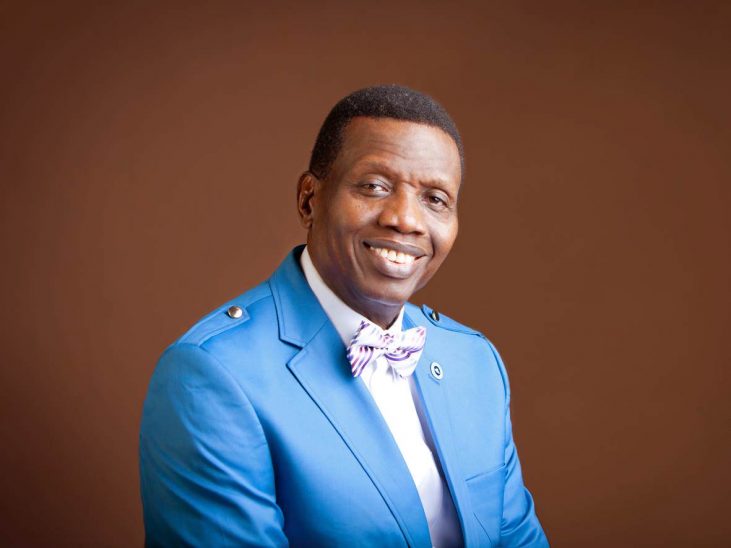 The General Overseer of the Redeemed Christian Church of God (RCCG), Pastor Enoch Adejare Adeboye has announced his retirement.

After over 35 years of functioning as the spiritual father (General Overseer) of the world’s fastest Pentecostal church, Pastor Adeboye has officially stepped down.

Pastor Adeboye, on Saturday named a new General Overseer (GO), Pastor J.O Obayemi, as his his successor, ahead of his 75th birthday on 2 March. The new GO was unveiled at the Annual Ministers Thanksgiving at Shimawa, in Ogun State.

Pastor J.O Obayemi was the former Special Assistant to the General Overseer (SATGO) on Finance

A statement which was shared by Stealth Scounts. A PR company affiliated with the G.O;

PASTOR E. A. ADEBOYE STEPS DOWN AS THE OVERSEER OF THE REDEEMED CHRISTIAN CHURCH OF GOD NIGERIA.

PASTOR E.A. ADEBOYE FONDLY CALLED DADDY G.O. ANNOUNCES THAT HE WILL BE STEPPING DOWN AS THE OVERSEER OF THE REDEEMED CHRISTIAN CHURCH OF GOD.

IT WAS WITH GREAT SHOCK THAT THE CONGREGATION OF ALL RCCG PASTORS AND MINISTERS RECEIVED THE ANNOUNCEMENT OF THE GENERAL OVERSEER OF PASTOR E.A. ADEBOYE THAT HE WILL NO LONGER BE GENERAL OVERSEER. HE IMMEDIATELY ANNOUNCED THE NEW OVERSEER AS PASTOR J.O OBAYEMI, PASTOR J.F ODESOLA AS SECRETARY AND PASTOR J.A. ADEYOKUNNU AS THE NEW TREASURER.

THE ANNOUNCEMENT WAS MADE DURING THE CHURCH’S ANNUAL THANKSGIVING HELD AT THE 3KM BY 3KM NEW AUDITORIUM TODAY 7TH JANUARY 2017.

HE REQUESTED THAT THE CONGREGANTS PRAY FOR THE NEW LEADERSHIP AFTER WHICH HE ALSO PRONOUNCED BLESSINGS UPON THEM.

ALSO PRESENT AT THE MEETING WAS THE VICE PRESIDENT OF THE FEDERAL REPUBLIC OF NIGERIA, PROF YEMI OSIBAJO AND OTHER SENIOR PASTORS OF THE CHURCH.

INDEED THE FOCAL WORD FOR THIS YEAR REMAINS “SURPRISE” OR HOW ELSE DO YOU DESCRIBE THIS?

Adeboye also announced the appointment of Pastor J.F Odesola at the new Secretary and Pastor J.A Adeyokunnu as the new Treasurer.