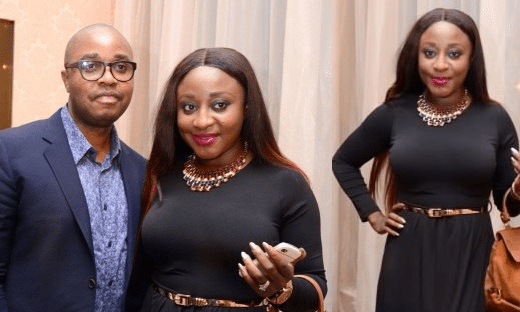 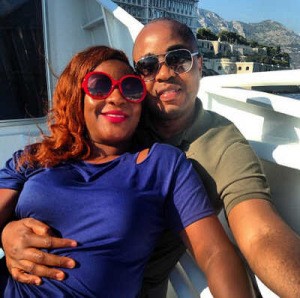 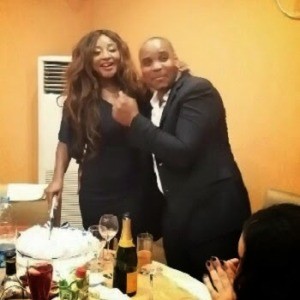 The widely speculated reason for Ini Edo’s failed marriage has been the issue of infidelity that the husband alleged. But was that the main reason the couple went their separate ways?

According to a source close to the couple and was there when the romance started in 2008, and remained close to the now divorced couple, the media has been scratching the surface of what indeed was a story of irreconcilable differences the actress endured for over six years of her marriage to her estranged husband; and why she gave her all to sustain the marriage. It is a story as told by an insider who knew the couple way back from New York, where Philips once lived, before moving to Texas, then to Atlanta and now Ghana.

“I think Ini Edo was badly in love. Philips was a charmer and, as a human being and deeply in love, she followed her heart. It is so sad that a woman blessed with such a good heart could be treated in such a hurtful manner. Most people may not know, but Ini Edo is a dedicated and totally committed spouse any man could hope to have. That’s why she endured all she did, for six years without letting the world know the pain she was going through in her marriage,” the source stated. “Most people do not know that Ini Edo gave up a lot of acting jobs to be with her husband in America and, unlike the widely peddled story that the actress was involved in romantic relationships with other men, for the six years that Ini was married to Philips, she never cheated on him.  Ini Edo adored and loved Philips; she was very fond of him, cooked his meals personally, and was practically splitting her time between two continents, all in her efforts to be a good wife.

“ There is no doubt that Ini was madly in love with her ex-husband. In a 2009 interview she had with my newspaper, The Diasporan Star in New York, she effusively declared her fidelity to Phillips and debunked all the stories of her liaisons with other men. “I am usually at a loss when I read stories about my sexual relationships with phantom figures and personalities. It is really astonishing when people just manufacture stories, give them legs and let them fly when they know the stories are absolutely false,” she had said.

“It is perfectly legitimate for men to have designs and desires on stars. I was recently voted by the public as Nollywood’s Sexiest Actress. So it comes with the territory that men would want to date me. The question then becomes: do you fall prey to every man that comes your way? The answer is absolutely “no”. I was raised well by my parents and I have always been a one-man lady. All the sexual shenanigans that the media have associated me with are all false. The problem with our journalists is that if they saw you at a coffee shop with a man – just any man – even if that man is your cousin or brother, they will automatically assume that that is your new lover, and without asking questions, will rush to publish that you were seen at a coffee shop with a new lover.

“I have lost count of the number of such innocent outings with family members, friends that the media misconstrued that I was dating. What the media failed to understand was that I had not allowed stardom and celebrity to becloud my values. What they did not realize was that I wanted to be married, and start a family, and that the notion that I was some kind of a sexually crazed hormone raging young woman, was totally false and a bad reading of who I am.

“Did I have friends in the past? Of course, just like any other young and single woman out there, I had friends. Did that make me an out-of control sexual goddess? Absolutely not! It has been very painful for me each time I read all the stories written about me, stuffs that are patently false. I have, however, come to accept it as part of the price you pay for stardom. I just wished they could do a little investigation before rushing to publish.

“One story that pained me a lot is the notion that I snatched Philips from his ex-wife – Ruth Okoro – while she was recuperating from cancer treatment. Nothing could be further from the truth. The ex-wife said I was callous and mean-spirited to have done so. Initially, I had wanted to ignore what she had said about me. But I would like to use this medium to state that I did not take Philips from Ruth Okoro.

“When Philips came into my life, he was a single man, with no marital encumbrances. ••••

Philips was divorced from Ruth at the time we began seeing each other. So, I do not understand what she is talking about. I remember asking Philips to come clean with me, and tell me everything that had happened between him ‘and his ex-wife. I demanded to know if he was still married to her, and Philips said “no” and produced a divorce paper to back up his claim. It was after that that we began dating.

“ That would have been a huge turn-off. The Philips I met and got married to is a perfect family man – a dependable, God-fearing man who treasures his family. Philips was there for his ex-wife throughout her hospitalization, and she knows it. Let me also add here as a piece of advice to our fellow women: If you had a home, one that you truly love and appreciate,  treat that home as a prized possession. Treat your husband well.

“There is nothing to gain if you maltreat your husband, and make his life miserable. Men do not like that. I hope Ruth understands and appreciates the depth of what I am saying here. That will be my response to everything she has said about me – all the negative things she has written and caused to be written about me. “Philips and I met during one of his many visits to Nigeria, and I realized I had met the man of my dream. When that special person who excites the passion in you comes along, you begin to do things that are out of range – you begin to be consumed by his thoughts – you begin to send text

messages, call him all the time and just feel so much in love. That was the way I felt when Philips came along. I knew that he was the man for me.“I realized that we had the same outlook about life, that I could start a sentence and he would finish it for me, and would convey the same thoughts I had in mind. When I took him to see my parents, they wholeheartedly accepted him, even though he is not from my part of the world -that is a testament to Philips’ humanity that is very, very transparent. “Philips and I have the same ideology, and I am excited and happy to be his wife. Our attraction is mutual, our focus is interlocked and what a great family man he is! Philips calls my family even more regularly than myself. He would just call to find out how they are doing. He has such good heart and kind spirit that is just a beauty to behold.

“That is the man I met and agreed to marry. All other depictions are borne out of malice and hate, and we do not even want to dignify their hate with a response. Our marriage is a celebration of love borne out of deep sense of mutual attachment, trust and abiding companionship. The machinations of the naysayers will not hold”. Perhaps one should ask, what happened to a marriage that appeared to have been made in heaven as attested to by Ini Edo in her interview. Our source stated that the marriage began to experience challenges months after the wedding that took place in Houston, Texas.

“Philips financial stability was still a work in progress but as a dedicated wife, Ini was determined to support and encourage her husband. She wanted him to be more frugal and to invest whatever resources he had in things that will yield some dividends. But things did not quite work out, “ the source said.

“ Ini Edo is very industrious and wanted combined efforts from her husband to get things done. Eventually fights began to occur. The last straw that broke the camel’s back was the house Ini bought in Lekki, a beautiful edifice.“Philips wanted it to be a joint property, but Ini vehemently said no, that she would have none of that. Philips was said to have threatened to move out of their home if Ini refused to put his name on the deed. She stood her grounds and Philips also made good his threat. He moved out of the house and took up residence with another lady in Accra, Ghana which has been his home for the past six months.  All entreaties by family members for Philips to return home were rebuffed; he wanted his name on the deed or no marriage. For three months, Ini Edo did not set her eyes on her husband and he had started flaunting his new girlfriend to spite Ini. Scheduled appointments by her father in-law to resolve the issue amicably were rebuffed by Philips and ini was shocked.

“ There is no truth to the story that was peddled that Ini Edo was involved in extra-marital affairs. It was Philips who actually did not respect the sanctity of his marital vows. While still legally married, he left his matrimonial home and moved in with  another lady in Ghana”. When I contacted Ini Edo and asked her to conform what our source had told us, she said she was done with that chapter of her life and was looking forward to new possibilities.

“Ekerete, you were there when we started dating and eventually got married. Does anything that has been written about me, remotely resembles who and what I am about? I wish Philips the best in life”, she said. Efforts to contact Philips were not successful, but we hope someday to get his own side of the story. 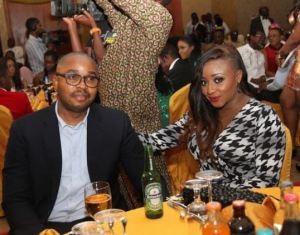