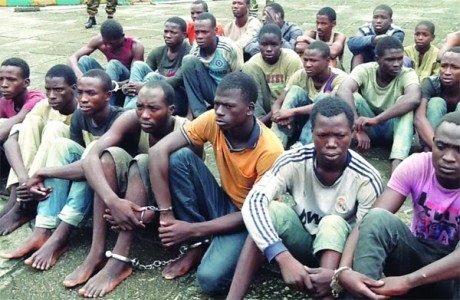 Reports provides that 1,000 members of the Boko Haram insurgents in parts of the South West.

Sarkin Hausawa of Lagos, Alhaji Sani Kabir, speaking in Abuja said, “All the Arewa sarkis (kings) in the south west are up and doing to make sure that we do not allow any breakdown of law and order in our communities.”

He made this known during a visit to the Minister of Special Duties and Intergovernmental Affairs, Alhaji Kabiru Tanimu Turaki, SAN, adding that the arrested Boko Haram members were eluding from the Civilian JTF/military onslaught on the insurgents in the North East and those who came to the South West to further the insurgency. He also said that the arrests were made in various separate times.

He further stated that, they are informing “our leaders that when new people come into their midst, they should observe their behaviour. Some of the leaders in the south west are northerners, some of them are from Borno State, they can know. There were even instances where JTF came from Borno State to identify some of them.”