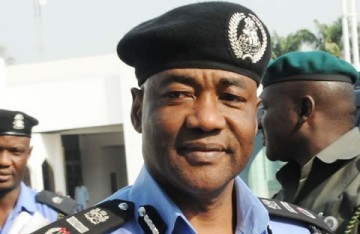 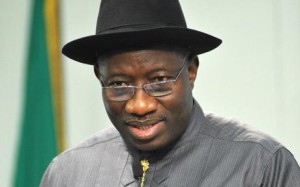 “The time comes in the life of any nation when there remains only two choices – submit or fight.” – Nelson Mandela

When we talk of revolution, when we talk of the people revolting and seizing power from the thieving ruling class, so many people are of the opinion that it may have worked in other countries, but won’t happen in Nigeria. Such people base their assertions on the obvious lack of unity both in religious and tribal fronts. They also say that Nigerians love life too much to lay it down in a bid to regain the nation from a ruling class that is bent on running it down by pandering to the threats of terror groups, being pawn in the hand of the IMF, enthroning corruption on a large scale, gross misuse of public funds, arrant disregard for the rule of law and practicing anti-democratic acts in a democratic regime.

Recent developments however will perhaps cause them to have a change of mind and a difference of opinion. Signs are clear now that the end is near for this current leadership that has held Nigeria hostage with their fake dose of democracy. The telltale signs are here. They are slipping. There are acts of desperation everywhere. Illegal arrests and detention, attempts at silencing voices that disagree with their policies, unguarded comments, withholding of vital information; they are slipping!

April 8 2013, a freelance journalist, Cyriacus Njoku, who had challenged the eligibility of President Jonathan to contest at the polls twice, was arrested on charges of rape and was taken to Suleja prison where he was held under tight security, denied the services of a lawyer and denied access to visitors. In fact, it was claimed that had it not been that a note was smuggled out, his whereabouts wouldn’t have been known. It would be recalled that prior to his arrest, his lawyer, Mr Ugochukwu Osuagwu had fled the country with his family after seeking political asylum with the German embassy who granted him the asylum to protect him from assailants who he alleged were threatening to eliminate him.

Journalists are being harassed, brutalized and arrested. August 9, 2012, Mr Benedict Iwalaka, a photo journalist with Leadership newspaper was brutalized heavily when the corpses of the victims of the Dana crash was being released in Lagos.

November 9, 2012, Basil Ogbu, Michael Ogwa, Sunday Omogo, Philip Nwankpa, Eze Ndubisi, Ebuka Eze, Obinna Ofor, Joseph Udoh and Uchechukwu, members of Movement for the Actualisation of the Sovereign State of Baifra (MASSOB), were arrested at MASSOB security office at Onitsha, Anambra State by a combined team of the army, police and State Security Service men and were handed over to the State Anti-Robbery Squad headquarters, Awkuzu, Anambra state. It was their corpses however that surfaced on the Ezu river on the 19th of January 2013.

On April 8, 2013, four journalists with Leadership newspaper were arrested on the orders of President Jonathan and were quizzed in a bid to make them reveal their sources of a report they published. On April 10, 2013, following the conditional release of two of them, Mr. Tony Amokeodo and Mr Chibuzo Ukaibe, the management of the newspaper house released a public statement condemning the obnoxious act in the strongest of terms. “The Nigerian government must understand that this very crude tactic of arresting journalists and invading media houses is dated. Even smaller African countries do not engage in those uncivilized acts anymore. And certainly, no democracy in the world still does it.” April 15, 2013, both of them were re-arrested.

On Monday 24th February 2013, four students of the Nasarawa State University, Keffi, were shot dead by security operatives during a peaceful demonstration in the university premises over scarcity of water and power in the institution, while about 17 of them were arrested.

November 8, 2011, the President of National Youth Council, Mr. Wale Ajani was arrested by the SSS in a bid to stop the planned hunger strike/protest that was supposed to hold in Unity Fountain, Abuja on 11-11-11.

April 21, 2012, Convener of United Action for Democracy, UAD, Jaye Gaskia was arrested and detained by SSS in Abuja in a bid to stop UAD from coordinating a general protest against the government of President Jonathan over massive corruption in the payments of fuel subsidies to the tune of $6.8 billion.

December 19, 2012, Dr. Dipo Fashina, Comrade Abiodun Aremu, Comrade Hassan Taiwo Soweto, Comrade Oladunni Segun and Comrade Usman Oloyede were arrested while leading a protest in defense of motorcycle riders in Lagos state, on orders of the Deputy Commissioner of Lagos State, Mr Babatunde Sobulo, who alleged that the organisers “lack the right to hold the protest.”

September 3, 2012, the special adviser to the President on Media and Publicity, Dr. Reuben Abati denied allegations that the nation’s first lady, Dame Patience Jonathan was indisposed and had been flown abroad for treatment. In his words, he claimed the report “was a rumour and there is nothing like that.” February 20, 2013 however, the first lady, in what was described as a spiritual event, power show, fashion statement and political gathering held in the banquet hall of Aso Villa, confessed that her sickness was so severe that she ‘died’ for 7 days.

March 9, 2013, Akwa Ibom State Governor, Godswill Akpabio, who also doubles as the PDP Governors Forum Chairman, during a visit by a delegation of the National Good Governance Tour led by the Minister of Information, Mr. Labaran Maku, confessed to manipulating the result of a 2007 People’s Democratic Party senatorial primary election in the state by single-handedly replacing the rightful winner’s name with the name of his own preferred candidate, Aloysius Etuk. In his words, “The people of Ikono and Ini from 1960 have never produced a Senator. I used my own hand to strike out the name of the person who has won before, and I produced Senator Aloysius Etuk for you; that’s where he comes from.”

February 4, 2013, 39 beggars were arraigned before the Special Offences court in Alausa, Ikeja, Lagos state for soliciting alms. According to the Lagos state government, they were arrested because they constituted public nuisance. While 29 of those arraigned got 72 hours community service, 10 of them were sentenced to 3 months in jail.

April 14, 2013, a former Nigerian lawmaker and self-acclaimed anti-corruption crusader, Mr. Dino Melaye, escaped assassination. Mr Melaye, a staunch government critic, claimed the attack was as a result of his stance on corruption.

I could go on and on listing the numerous signs that points to the fact that a revolution is imminent in Nigeria. We are entering a stage where there will be continuous protests, unrest and crises. The refusal of the Boko Haram sect to accept the questionable government amnesty, the resumption of MEND hostilities, OPC has been offered a paid responsibility of guiding pipelines; the government is blundering! The end of an era is near. Crime now pays better; illegality now pays better than adhering to legal ways.

For those who still have reservations about whether or not Nigerians will revolt, watch all these signs carefully; study the signs as they glaringly stare us straight in the eye, IT WILL HAPPEN! Nigerians are getting to that stage where they have been pushed to the wall, the thirst for information is unquenchable.

A new Nigeria is possible; don’t ever doubt it!