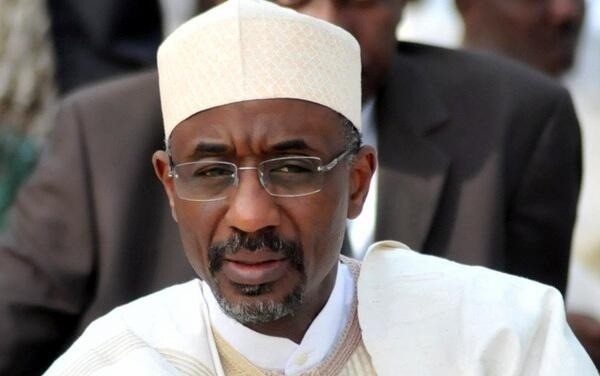 NO MATTER WHO YOU ARE, WHEN YOU FIGHT CORRUPTION, CORRUPTION WILL FIGHT BACK! (ARE YOU PREPARED TO FIGHT?)

The suspension of the Governor of the Central Bank, Sansusi Lamido Sanusi has come as a rude shock to Nigerians. From the reasons given—“financial recklessness” and “misconduct”, it seems Sanusi’s second whistleblowing on the non-remittance of funds to the tune of $20bn to federation account by the NNPC was too much to stomach, even though the resultant investigations and public hearings on the situation have confirmed that the 2009 Presidential directive banning subsidy on kerosene was flouted by the NNPC.

Early this year, there had been rumours of President Goodluck Jonathan desperately scheming and pressuring certain individuals for the resignation of Sanusi Lamido Sanusi after the latter had written a letter which went public, notifying the President of financial irregularities concerning the NNPC and other related agencies on non-remittance to the CBN. Nigerians had thought the absurdity of the President’s demand for Sanusi’s resignation would have ended given the Central Bank Governor only had 2 months to the end of his tenure and the constitutional fact that makes it possible only if the president has a two-third majority votes of the senate. For whatever reason, it seems the president was once again ready to damn the consequences and have Sanusi removed.

In spite of this much needed attention to corruption which this administration has been said to lack, the President has chosen instead to suspend the Governor of the Central Bank. Are you in support of this? It is shocking that the suspension of the Governor of Nigeria’s Central Bank was broken on Twitter. Furthermore, the timing of the allegations is suspicious to say the least and if there is any merit to them, Nigerians demand an investigation and publication of the outcome.

Foreign investors at the just concluded 3rd “Managing Risk in Africa” Conference held in Frankfurt, Germany, last week, expressed deep concern over plans for succession at the Central bank after Sanusi’s departure and this action by the Presidency is likely to have shot Nigeria in the foot.

Nigerians should demand from their representatives in the Senate and House of Representatives a Whistleblower Protection Law. The suspension of the Governor of the Central Bank reinforces the statement of the Pioneer EFCC Chairman, Nuhu Ribadu: in Nigeria, “when you fight corruption, corruption fights back.”

The conclusion is: Nigerians need a Whistleblower Protection Act! If someone “big” and highly connected as the Governor of the Central Bank of Nigeria can be vilified in such a manner, how much more a regular citizen?

What incentive or motivation is there to expose corruption? Does this mean that corruption will continue unabated? Will people who want to do good be threatened by reference to the present lot of the governor of the Central Bank? No!

Integrity Organization recommends that Nigerians who mean to blow the whistle on corruption can do so without jeopardizing anything. www.egunje.info is a platform that allows people to report cases of bribery and corruption anonymously. When people report and give proper documentation, Integrity takes up the case on their behalf and forwards it to the ICPC and the one who reported can track the progress of the report from afar.

While Nigerians demand from their lawmakers the enactment of a Whistleblower Protection Law, they can safely expose the corrupt and ensure that when you fight corruption and corruption fights back, with egunje.info, you will win! It’s TIME TO WAKE UP!