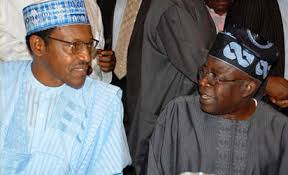 Dear Sirs, I hope this letter meets you in a good, patriotic spirit. Let me first use this opportunity to join other Nigerians in congratulating the opposition on the registration of the long-awaited alternative party, the All Progressives Congress. Its registration by the Independent National Electoral Commission was a significant moment for Nigerians. It, hopefully, signals a new dawn considering that for once, a truly national opposition platform which has been elusive in the Fourth Republic, appears to have emerged to challenge the ruling party in 2015 and beyond. In many ways too, the merger of the once disparate opposition parties under a unifying bloc represents a milestone in the quest for the enthronement of genuine democracy. That the union has come at a time when this democracy is under imminent threat of annihilation by anti-democratic forces gives Nigerians cause to cheer. Now, they hope that the ruling party will subsequently be held accountable and its excesses curtailed. While also admitting that your union may not be a gathering of saints, it nonetheless, represents a starting point.

It is the recognition of the role of a credible opposition that Nigerians anxiously anticipated the success of the merger. No wonder also that they celebrated its registration. The widespread euphoria is at once a show of gratitude as well as appreciation of your commitment. That you all agreed to dissolve your existing parties to coalesce under a broad-based opposition is the mark of true patriots. The sacrifices your parties have made to bury individual egos and sectional interests may well be what our country needs to move this democracy forward. You will also have to agree with me that Nigerians were initially sceptical when the opposition initiated another merger plan. Do not blame them because the nightmare of past disappointment is still fresh. On three occasions, you let Nigerians down. The most significant was the 2011 merger fiasco. Your failure to unite at the time is the reason why our country in a mess today. Now, the APC optimistically presents us with the opportunity to right the wrongs of the last 14 years.

Of course, Nigerians know that this may not be a perfect union, yet, they hope you may put your house in order to challenge the Peoples Democratic Party’s 14 years’ misrule. And they are waiting to show the power of their votes in the next elections. They celebrated the APC because they want to trust you. Having been battered, bruised and left in the lurch by this government, they look forward to a new dawn in 2015 and beyond. Nigerians want security of lives and property, regular power supply, good roads, better schools, quality health care, end to ethnic strife, corruption and wasteful government. Can your party deliver? Is the APC the new messiah? Will your party put an end to this vicious circle of poverty and oppression that is synonymous with this government?

That is why both of you stand on the threshold of history.

That is why it is important that you must both realise your place in history. Will you continue to act like true patriots to ensure that the APC becomes a genuine opposition party? Can both of you ditch your personal ambitions for the common good? Nigerians are still worried about the danger your political egos pose to the survival of the new party. Indeed, there is a widely held belief that conflicts arising from clash of egos may yet destroy this union. Knowing that the 2011 merger collapsed for this same reason gives cause for concern.  For example, there are already speculations that you, Muhammadu Buhari, will present yourself as candidate again in 2015?  While I do not doubt your personal integrity, it is also within your constitutional right to seek election. But will your candidacy be politically wise in 2015? Rather than fuel speculations about your possible candidacy, I will suggest that your party begins a search for a younger candidate with national appeal.  This means that you must accept to ditch your ambitions for the common good. That is the mark of true patriots. The opposition cannot afford to repeat the mistakes of the past. Nigerians have waited for this moment.  They yearn for better life in 2015. They hope to be liberated from hunger, poverty and misery that have become their lot with the ruling party.  They want to see improvement in their quality of life. They want to remove the horrible stigma of a people living on less than one dollar a day. They also hope that your party will save this country from hurtling down the precipice plotted for it by the ruling party.

The APC can put an end to this circle of impunity in 2015. But the road ahead will not be easy. In the words of the great Tai Solarin, may your road be rough! There are still fundamental issues your party has not resolved. These issues are the heart of putting in place an enduring opposition that will outlive both of you. First, Nigerians want to see an agenda that is different from the PDP. They want to see how you intend to govern. Thus, apart from shopping for credible candidates, your next objective will be to show Nigerians how you intend to govern differently. They do not want business as usual. Even while they cannot wait to kick out the PDP in 2015, they do not want a party that is a clone of the ruling party.

Now you have to figure out how you intend to resolve the ideological differences you brought into this alliance. How does your party intend to rule?  How will the APC be different in ideology? Will you continue the looting of our commonwealth? Will you concentrate the wealth into the hands of a few at the expense of the suffering masses? Will you retain this expensive contraption called democracy or will you cut down on the size of government? Our lawmakers are said to be the highest paid globally. How do you intend to deal with a wasteful National Assembly that is a clear burden on the resources of this nation?  What is your vision of the economic development that will ensure no Nigerian is left behind? Nigerians hope the APC will not continue this reckless waste of public funds at all levels by the PDP. They are also eager to see how you will address the age-long lopsided federal structure that concentrates too much power at the centre. If your party shows a clear path for nationhood, Nigerians are ready to give you the benefit of the doubt.

The starting point will be to engage Nigerians in a continuous debate about your manifesto. They want to see the APC’s road map for the future. They are waiting to be convinced.  It is not enough to just assume you want to replace the ruling party. Both of you have shown that you can make a difference. The defunct Action Congress has demonstrated this in the South-West. If the opposition party gets its act together, perhaps, our country will be saved from this gradual descent into a state of anomie. The judgment of history will be more than too harsh if your generation fails to seize this moment.