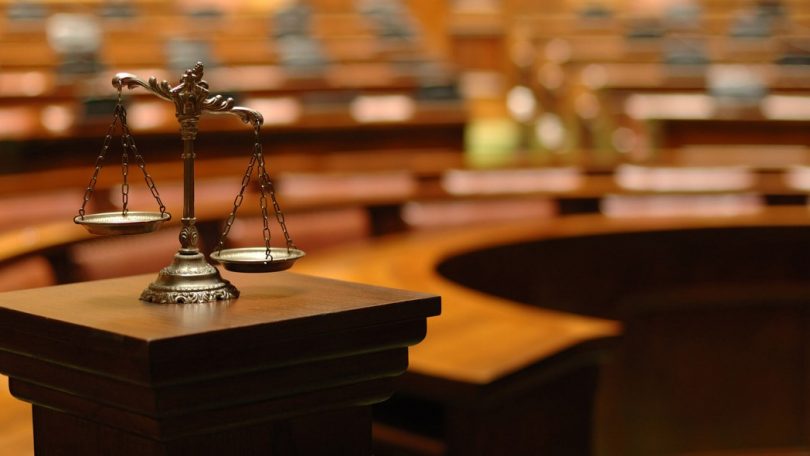 Just two days ago, Kenya’s democracy took a giant leap forward. It was that country’s Supreme Court that gave it such a push. Insisting on the sanctity of the ballot, the transparency of vote collation and the validity of basic arithmetic, the country’s apex court nullified a contentious presidential election in which a sitting president was declared winner. No rigmaroles; no technicalities; none of such base antics deployed by most judges in Nigeria to endorse fraud and approve brigandage as a legitimate tool of electoral victory.

The election held in August. And Uhuru Kenyata, a son of the country’s first president, was declared winner. He was said to have scored 54% of votes cast. The singular element of dispute in the Kenya election wasn’t whether elections held, it was about collation and computation of results. Raila Odinga, the opposition candidate who felt cheated, had insisted that the country’s electoral umpire manipulated the results in favour of the sitting president. He therefore approached the courts. And within just one month, the case is determined and concluded.

We know it is more difficult to rouse a person pretending to be asleep than the one who is truly asleep, but we must keep kicking members of Nigeria’s Supreme Court on the leg until they all jump up from the current slumber which they feign. Every sensible person close to the Chief Justice of Nigeria, Walter Onnoghen and his colleagues, must cut out pages of international newspapers (all the major ones, from New York Times to Guardian in the UK, published it) and give them to read. Kenya has a Supreme Court of justice, Nigeria, a Supreme Court of politics.

I arrived at this conclusion after recalling how the Supreme Court justices – all of them – rejected a system that reduced the Nigerian politician’s capacity to manipulate the electoral process. The Independent National Electoral Commission (INEC), had, with the singular purpose of limiting election rigging to the barest minimum, introduced a new way of verifying voters. Led by professor Attahiru Jega, INEC rightly thought that removing human interface with the voter verification process would make it difficult to manipulate.  To do that, the umpire first considered a total overhaul of the architecture of the Voter’s Card. It was changed from a laminated, analogue, rough-edged paper with blurry pictures of the holder to a digital plastic card that could only be read by a machine. This evolution of the Voter’s Card forced Nigeria to procure Card Readers for the purpose of prosecuting the 2015 general elections.

Because the Voter’s Card had changed beyond what the human eye could read, INEC insisted that only Card Readers were allowed to verify voters. That process of voter verification is commonly called accreditation. To buttress their point, INEC issued a guideline, insisting that no one was allowed to vote without first getting accredited with a Card Reader.

That election saw an opposition candidate win the presidency for the first time in the country’s history. It became difficult for number of votes to exceed number of accredited voters.

Then there were the governorship elections which came later. INEC had improved on the Card Readers, fixing faulty ones and replacing those that couldn’t be fixed. The electoral body equally issued common sense guidelines: the human eye can’t read a card made for a machine; therefore, there should be no voting without Card Reader accreditation. INEC further added, that in the unlikely event that a Card Reader failed to function, it was to be replaced, and if the new one equally failed to function, then the election in the polling unit was to be held the next day.

Career election riggers still went on to ignore the umpire’s guidelines. In many states in the South, candidates lost the election, but went on to write false figures in the result sheets. Some of these sheets were mutilated. And the arithmetic of the final results failed add up. The candidates who ordinarily won the elections but were denied their victories went to court. Unlike in previous ones when adjudication for governorship election matters terminated at the Appeal Court, this time it was to reach the Supreme Court. And that was the problem.

The men and women in that court who were witnesses to the evolution of the Voter’s Card, the beauty of the Card Reader and the decency they both imposed on the electoral landscape, boldly rejected Card Reader Accreditation Reports as evidence to question the declaration of unpopular candidates as winners. The court, then headed by Justice Mahmud Mohammed, rather than help deepen the nation’s democracy, attacked it. In unanimity – there was no single dissenting judgement from any of the judges, which was strange for matters as serious as those – the justices rejected Card Reader usage, without considering how far the Voter’s Card had come.

Plus, Nigeria’s Senate specifically approved the Card Reader usage. INEC was invited by the red chamber and the functionality of the Card Reader was demonstrated to the lawmakers – the same people whose duty was to make the law the Supreme Court wanted to be expressly written in the Electoral Act.

Thirdly, the time from when the Senate approved the Card Reader use and the presidential election did not allow for amendment of the Electoral Act. The approval was given on February 18th, 2015, while the first election of that season was March 28. It was impossible for a principal legislation on the issue to be obtained within the timeframe.

Then there’s the serious issue of abdication of responsibility. The Supreme Court, in a bid to perpetuate a culture of elections with zero credibility, forgot that the court also makes laws called judicial precedents or case laws. In pursuit of justice, the court can give a judgement that becomes a source for future decision making, which becomes binding on everyone. Nigeria’s Supreme Court chose to side with electoral brigands, for reasons no sensible observer can ever understand.

While the indiscretion of the Mahmud Mohammed-Walter Onnoghen Supreme Court is of special note, one must admit that the apex court’s attack on Nigeria’s democracy did not begin during the reign of both men. It has been for decades. And Mahmud and Onnoghen had front row seats while the attacks happened.

Of particular note is the presidential election of 2007 which, as witnessed by some of us, was a sham. It was so lacking in credibility that the candidate who was awarded victory, late President Umar Musa Yar’Adua, acknowledged publicly, during his inauguration, that the election was hugely flawed. The Supreme Court judges, I assume, must have watched that live broadcast, that is, if they were not physically present at the inauguration. I also would assume, that the Chief Justice of the Federation then, who swore-in the president, must have been present at the Eagle Square while the man told the listening public that he was practically rigged in as president.

Yet the confession of Yar’Adua did not stop the justices from siding with the rigger. They later validated the rigging, and affirmed Yar’Adua as president.

Some of those who try to rationalize the harm the Supreme Court is doing to Nigeria like citing ‘’national peace’’ and ‘’stability’’ as the reason the court awards victory to those who breach electoral laws, but that is nonsense and cannot stand solid scrutiny. Even entry level law students know the latin maxim, fiat justitia ruat caelum. It means, “let justice be done though the heavens fall.”  There is no reason that justifies stealing a people’s mandate and having the Supreme Court approve it. The court has only one acceptable way to keep public peace, and it is not to deny individuals and the public of justice. If justice means chaos, then there’s no need for peace. And I should also think that a serious state should have the capacity to contain violence.

In any case, Kenya, a country with recent history of electoral violence, has shown the Nigerian hypocrites of ‘’maintaining public peace’’ that the judiciary’s only business is justice, and that justice is the only thing we are certain can bring peace.

It is heart-warming to know that some countries in Africa have chosen to leave Nigeria behind, from Ghana whose elections have consistently met acceptable global standards, to Kenya whose judiciary has demonstrated clear independence from political manipulation.

We should not pretend that those who feign slumber will wake if we are mild on them. Let’s keep kicking until they muster the courage to jump up.