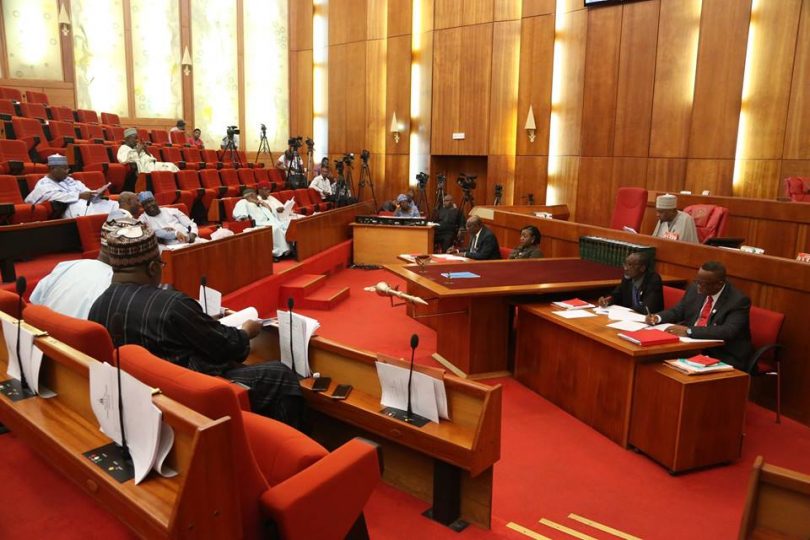 There are good reasons why Nigerians should take more than a passing interest in the controversy generated by the actions of members of the Senate Committee on Customs, Excise and Tariffs and that of the Nigeria Ports Authority. If the reports in the media are true, the matter goes beyond the victimization of one organ of government by another. It is a possibility that members of the National Assembly might be on a mission to crash the federal governments’ war against corruption using the power of ‘oversight’ as cover. Two recent incidents would serve to illustrate the danger.

Sometime in October/November 2016, a rice trading company, Master Energy Commodities Trading Ltd, imported into Nigeria, 1,200 metric tons of rice in thirty, 40-foot containers. In their attempt to evade paying the correct customs duty, they declared the ‘rice’ consignment as ‘yeast’. The goods were later intercepted and seized on the orders of the Controller-General of customs CGC, Col. Hamid Ali (rtd). Unfortunately, this seemingly patriotic action by a public officer was seen as an affront to one senior member of the National Assembly. A Senator, the leader of the Senate Committee on Customs, Excise & Tariff, wrote the CGC demanding that the consignment be released forthwith, on the dubious claim that he had investigated the matter and had found the importer blameless. His findings? That it was the clearing Agen, not the importer that called the goods ‘yeast’ instead of ‘rice’!

The CGC brushed aside this incredible story; as any right thinking person would do. But to the shock of all Nigerians, all hell broke loose. The Senate Committee then summoned him to appear before them in uniform- seeing that as a retired army colonel, the CGC had refrained from wearing the customs uniform. He was also directed to answer a long list of queries by this same angry panel. In the end, he was dragged before the Senate at plenary, put through a cruel inquisition, publicly humiliated and dismissed as ‘not fit to hold public office’.

Fast-forward to last week. This time, a dubious scheme was uncovered in which a subsidiary company of the Nigerian Ports Authority, NPA, went into a joint venture with a private company to manage the Calabar Port. Both the NPA subsidiary, called Calabar Channel Management, CCM and the private company, Niger Global Engineering & Technical Co. Ltd, were incorporated together in 2014, just for this deal. The purported JV partner was then awarded a contract to dredge the Calabar Channel; a contract the Bureau of Public Procurement was to condemn as violating all due processes. This did not discourage them from demanding and getting a whopping 12.5million dollars upfront payment from the NPA or asking for a purported balance of  22million dollars.

In the meantime, a rash of petitions and reports had inundated the NPA against this contract, with many alleging it to be a bogus scam to siphon public funds. The Bureau of Public Procurement was the first to cry out, saying both the award of the dredging contract and the initial payment of over N4billion to Messrs Niger Global Engineering & Technical Co. Ltd, were done in violation of the law. Even worse, all efforts of the new management of the NPA under Ms. Hadiza Bala Usman, to find evidence of the dredging work purported to have been done in the Calabar Channel at the time the company claimed to have done so, was unsuccessful.

Faced with these negative outcomes, the NPA management under Ms. Bala Usman decided that national interest would be better served if the JV scheme as well as the so-called dredging project are terminated. On their part, the Economic and Financial Crimes Commission, EFCC, have moved in, with a mission to “recover public funds collected for job not done”.

Now, the name of the person driving this scheme is quite instructive going by the very loud and sustained counter attacks being mounted against the public officers; officers that insist that right things are done. He is the leader of the Senate Committee on Customs, Excise and Tariff. He is the owner of both the Niger Global & Engineering Co. Technical Ltd; as well as the rice smuggling giant, Master Energy Commodities Trading Ltd.

Nigerians must not leave the likes of Hamid Ali, Ibrahim Magu, Hadiza Bala Usman,(former BPP DG) Emeka Nzeh et al at the mercy of these strange law makers; politicians that have demonstrated time and again that they are in politics to serve themselves and themselves alone.

The experience of Hadiza Bala Usman, the new M.D of the NPA, is particularly sad. The more she tries to fight, to reduce graft and perfidy, the more determined they seem to mobilise against her, to neutralise her and see her back. They want her out because, they now claim, she is ‘too young’ to manage a complex organisation such as NPA – even though she is past 40 years of age. Unashamed, they question the wisdom of appointing a woman to such a post – her training and experience counting for nothing; apparently.

Incidents such as these are the reason the Nigerian public feels let down by our Parliament. They are the reason why a whole lot of Nigerians take a dim view of members of the National Assembly. Some even believe the conduct of our legislators is a major factor holding Nigeria down; why it is a laughing stock among the nations of the world.

It is the duty of all Nigerians to demand correct conduct from all public officials, including from members of the National Assembly; especially the Senate. Senator Bukola Saraki, the Senate President, must enforce discipline among his colleagues. No member of a committee, much less a chairman, should remain in his duty post once credible information about possible crime is received on the person. We need not remind our political leaders, most of all our legislators, that punishment always follows excessive abuse of power.