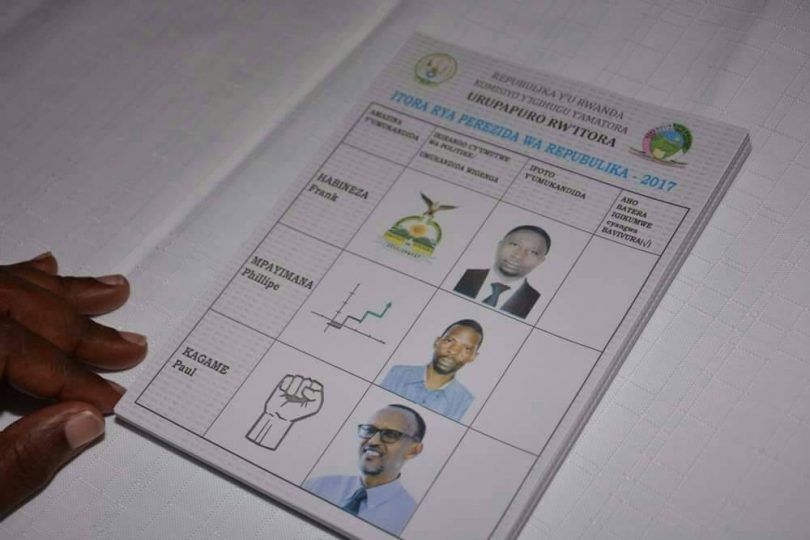 I am pretty much amazed at the conduct of the just concluded Presidential Elections in Rwanda and I must confess that saying; “I’m impressed”, is really an understatement.

From the campaigns, to the electioneering and the declaration of the winner, the Rwandan electoral body seem to have put in place a highly functional mechanism that aided the almost seamless transition and general conduction of the biggest election in the country.

Rwanda is a landlocked East African country with a green, mountainous landscape. It’s capital, Kigali is a beautiful city roughly located in the center of the country. It sprawls across numerous hills, ridges and valleys, and has a vibrant nightlife scene.

In all the amazing features of the beautiful African country called Rwanda, the conduct of it’s last presidential election is indeed one that has captured my attention especially when it comes to mind that a proclaimed third world country like Rwanda, torn apart by one of the world’s biggest and deadliest genocides in 1994, found it’s way to conduct an election so perfect, of which other African countries with more resources and better histories have considered a myth.

Apart from the fact that the election turned out peaceful overall, the inclusiveness of all Rwandans in the process is a phenomenon African countries like Nigeria and others need to research.

The Rwandan electoral body had obviously done extensive work in ensuring that all Rwandans across the globe have their hands registered in the decision-making.

Voters from all parts of the world took to social media to show their support for the country by putting up images of the voting process in their domiciled residence. Rwandans living in Kenya, Uganda, Ivory Coast, Ethiopia, Tanzania and even as far as Sweden, South Korea, China, Switzerland, Germany all turned up at their respective polling units to cast their votes.

A Rwandan who resides in Abuja, Nigeria at the polling unit set up for Rwandans in Diaspora

Herein, lies the big lesson for Nigeria. The Independent National Electoral Commission – INEC definitely has a lot of catching up to do if Nigeria will ever attain the ‘Giant of Africa’ tag for real.

In Nigeria, it is impossible for voters to cast their votes in polling units of their choice unless it is at the polling unit at which they’re registered. This is a huge problem especially for citizens who have changed residence or even locations within their local governments let alone states.

For example, I voted in the 2015 elections in Lagos because that was where I was domiciled at the point in time. In 2016, I relocated to Abuja where I’m currently. Come 2019, I’m not eligible to vote in Abuja unless I go back to Lagos which unfortunately is about 764KM away from Abuja.

This will definitely be the situation of thousands of Nigerians who have either relocated or might not be at their home location during the elections thereby leading to mass disenfranchisement.

Rwanda has been able to find and utilize a workable solution to the disenfranchisement problem even beyond it’s own borders and I believe that INEC can benefit immensely from what has been achieved so far in Rwanda.

Another observation of mine, is the fact that, on the ballot papers which is meant for voters to thumbprint, carried actual photographs of the candidates contesting for the seat of President closely placed beside the logo of their respective political parties. In brevity, I believe the reason for this might be for the sole purpose of clarity beyond doubts.

In Nigeria, there are lots of cases of people with low or no literacy voting for the wrong candidates as a result of lack of clarity on the ballot papers. Rwanda has ensured that the names, political parties and ultimately the pictures of each contesting candidate is clearly printed on the ballot papers to avoid mistakes and errors that may come up as a result of so many factors including electoral fraud or human error.

The Ballot Paper as seen, clearly carrying the name, political parties and pictures of the contestants.

INEC may also adopt this measure in the forthcoming 2019 elections. Recall that during the 2015 elections, contesting candidates especially those who ran for the National Assembly elections did not have any form of identification on the ballot papers except their political parties. And, in a country like Nigeria with very low voters’ education, this loophole has been exploited by politicians over the recent times. Challenging and changing this status quo should be at the forefront of electoral reforms in Nigeria.

One other observation however, is the internal inclusiveness of Rwandans in this historic exercise of their civic obligation. The Rwandan electoral body made provisions for visually impaired citizens to vote for candidates of their choice by introducing the use of Braille.

Braille is a form of written language for blind people, in which characters are represented by patterns of raised dots that are felt with fingertips. This is an outstanding feat by the Rwandan government in ensuring that no one above the voting age limit was left out of the democratic process. 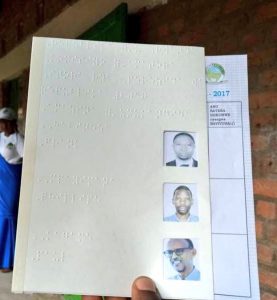 A Braille Ballot Paper which was used during the elections to enable Visually Impaired Citizens to partake in the process.

There’s a lot that can be changed to work better in the Nigerian electoral process. However, observations noted as lessons from #RwandaDecides cannot be overemphasized as I personally hold in high regard, credible and all-inclusive elections.

A lot of loopholes post-2015 have been left open intentionally by politicians who have benefited and still intend to benefit from the anomaly. It is our duty as the people of Nigeria to demand and enshrine a befitting procedure for electing our leaders not the other way round.

Rwanda has been able to come from being a war torn third world country to championing the major rudiment of Democracy in Africa. This is a huge feat that is the first of it’s kind in the continent.

On the task of upholding one of the major tenets of democracy, Rwanda has shown the rest of Africa the way to conduct a smooth, all inclusive and credible elections devoid of violence and manipulation of any sort and I personally believe that Nigeria, in fact, INEC precisely can benefit from this show of competence by the Rwandan Electoral Commission.

Democracy is a system of government by the whole population or all the eligible members of a state, typically through elected representatives. Anything less of an all inclusive and credible election is not acceptable. The greatest crime that can be committed against a group of people is denying them participation in decision-making especially when it comes to choosing their leader(s) or other decisions that will shape their lives.

From the registration of voters, to the campaign window and down to the elections itself, there was an unprecedented and impressive seamless transition aided by a competent electoral institution. Rwanda has made it’s mark in the history of Africa in terms of it’s development which is overtly visible in it’s conduct of one of it’s most important elections.

Nigeria has a lot to learn from Rwanda and I hope that the ‘Giant of Africa’ will eat the humble pie and learn how to uphold one of the most important tenets of Democracy; Credible Elections.