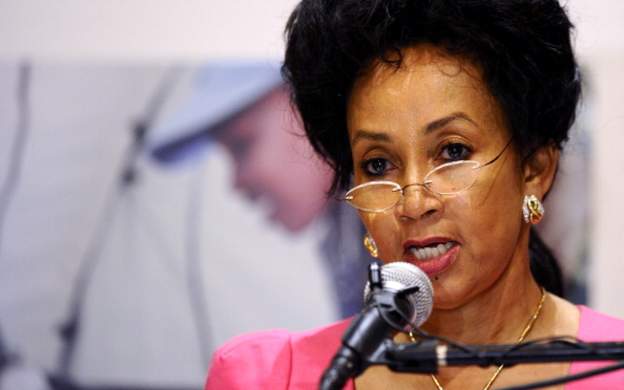 South Africa’s main opposition Democratic Alliance (DA) will demand an explanation from Housing minister Lindiwe Sisulu on how her department spent the “excessive amount” of 10 million rand ($770,000; £590,000) on flowers and gifts during the 2013/2014 financial year, the party has said.

The controversy comes at a time when Ms Sisulu, the daughter of anti-apartheid struggle luminary Walter Sisulu, is running against several other candidates in the battle to succeed President Jacob Zuma as leader of the governing African National Congress (ANC).

Ms Sisulu revealed the expenditure in reply to a parliamentary question, and the DA would demand a full list of the people who “benefited” from the $770,000, the DA added in a statement.

The money could have built 100 low-cost homes to help alleviate the housing shortage in South Africa, the party said.

Ms Sisulu has not yet commented on the DA’s statement.

On Saturday, she called on her supporters to run her election campaign with integrity and she vowed to tackle corruption, local media reported.

Deputy President Cyril Ramaphosa, former African Union commission chief Nkosazana Dlamini-Zuma, who is the president’s ex-wife, and parliamentary speaker Baleka Mbete are among other candidates running to succeed Mr Zuma when his term as ANC leader ends in December.

The winner is expected to be the party’s presidential candidate in the 2019 election.