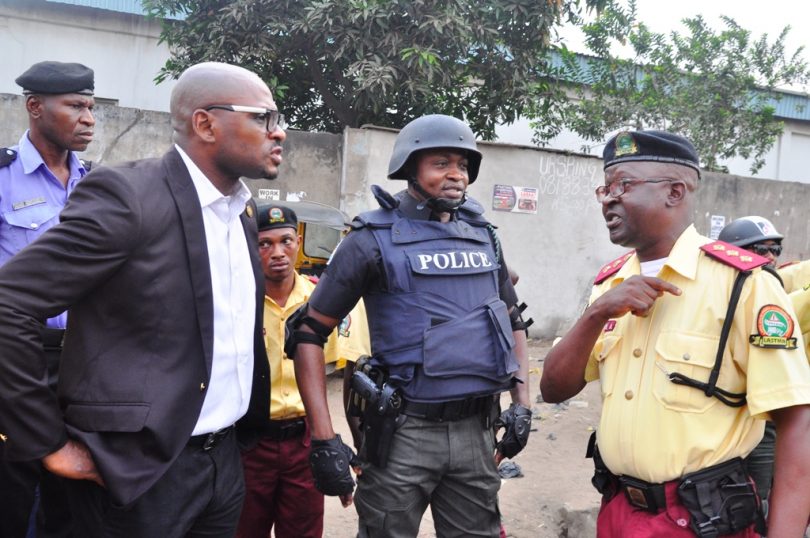 Following the persistent harassment of officials of the Lagos State Traffic Management Authority (LASTMA) by Police officers, the Assistant Inspector General of Police Zone 2, Adamu Ibrahim has warned Police in the state to desist henceforth from such act or be dealt with accordingly.

Ibrahim handed down the warning during a recent visit to his office by the management of LASTMA.

According to the Police chief, the Police are trained professionals that must obey and respect laws of the state.

Ibrahim, therefore, assured traffic officials of LASTMA of continued support and cooperation of the police in the traffic control and implementation of the Lagos state traffic laws.

In his remarks, the Chief Executive Officer of LASTMA, AIG Chris Olakpe (Retd), said the development will help develop synergy and bridge the gap between the agency and Nigerian Police.

According to him, “The agency is out to promote cordial relationship and clear all the grey areas of misunderstanding between the two agencies in order to have a harmonious working relationship for the overall progress and development of Lagos state.

“The police support and cooperation are crucial to the successful implementation of the state traffic laws. I, therefore, call for the protection of LASTMA officials on duty across the state, as this will give them more impetus to perform and serve motorists and commuters better on the road.”

In his contribution, the General Manager of LASTMA, Mr. Olawale Musa called for more police back-up and protection for the agency. He further called for more protection and support for traffic officials to manage traffic all the time in some parts of the state.