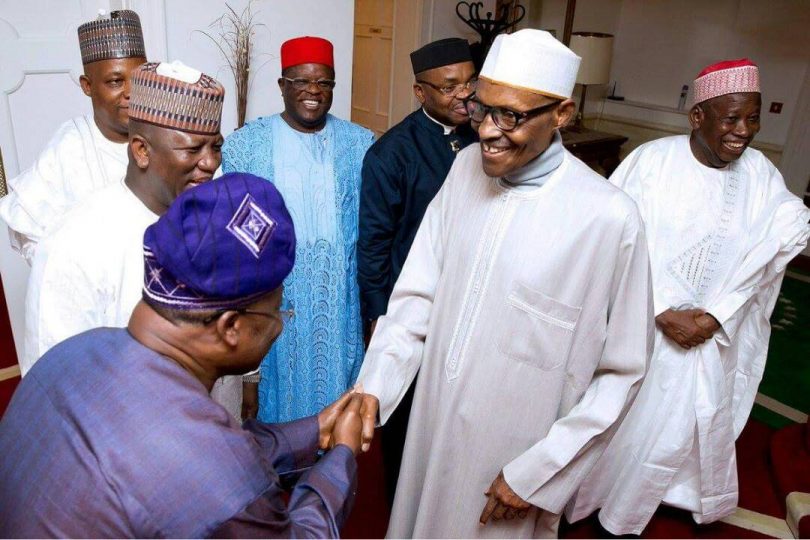 Pictures have emerged of President Buhari in London during the latest visit paid him by six governors.

The six governors include Udom Emmanuel (Akwa Ibom) and Dave Umahi (Ebonyi) both of PDP.

The governors who were selected from the six geo-political zones would have lunch with the president and return to the country on Wednesday, 26 July.

Four governors selected for the trip are from the south-south, south-east, north-west and south-west respectively, while two others are from the north-east and north-central. 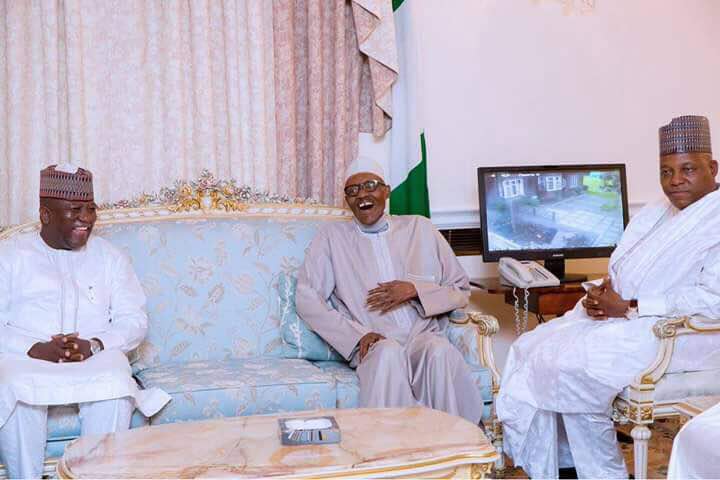 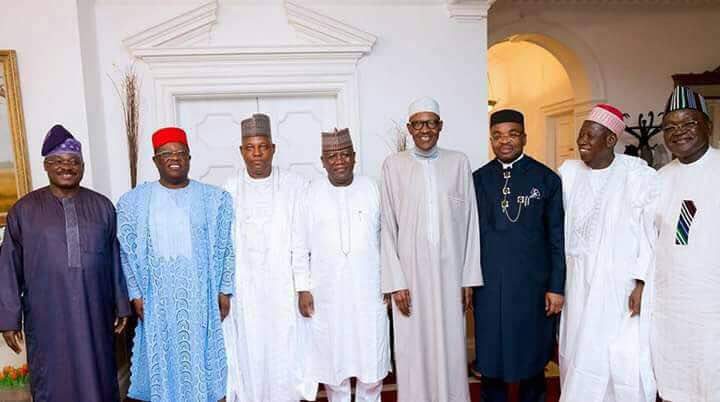 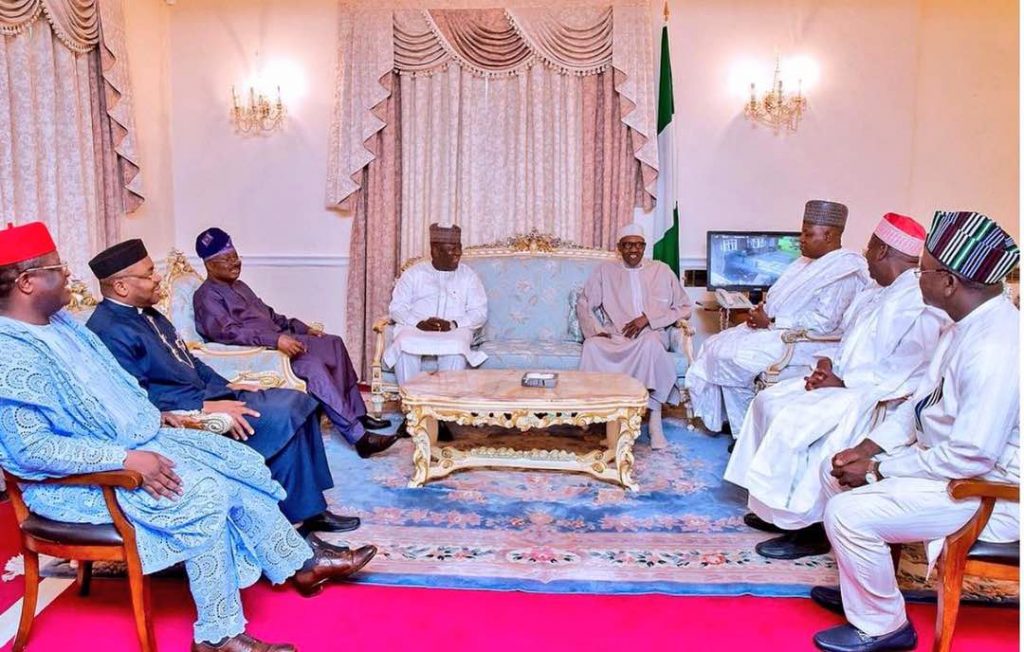