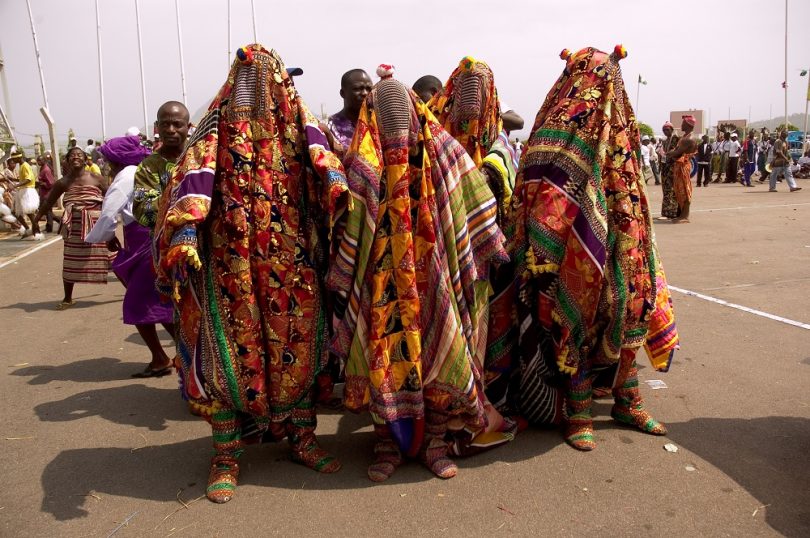 The Oyo State Police Command on Monday confirmed the death of one person in the violence that trailed the public outing of the Ege masquerade in Ibadan on Sunday.

The police spokesman in the state, Adekunle Ajisebutu, told the News Agency of Nigeria, NAN, in Ibadan on Monday that two suspects were also arrested in connection with the incident.

NAN reports that violence had marred the Egungun festival on Sunday as many residents were assaulted while properties were destroyed.

The festival, which often featured displays by masquerades, is meant to showcase the rich culture and tradition of Ibadanland.

Mr. Ajisebutu, however, said that the command had beefed up security in the area where the Egungun festival was taking place.

He said the state Commissioner of Police, Abiodun Odude, had warned all masquerades and their followers to refrain from violence.

The police, he said, would not hesitate to deal with any individual or group attempting to cause a breach of the peace.

Meanwhile, the Olubadan of Ibadanland, Saliu Adetunji, has expressed displeasure with Sunday’s violence.

He said several meetings were held with stakeholders, before the festival commenced, on the need to keep the peace

Mr. Adetunji, who commiserated with victims of the violence and their families, pledged that the perpetrators would be brought to justice.