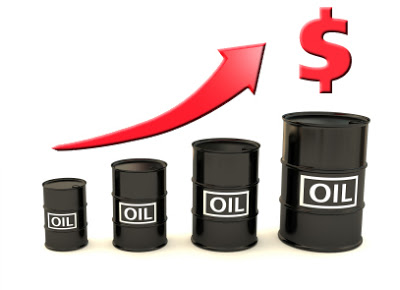 Warning by energy giant Halliburton Co. that US shale explorers are “tapping the brakes” on drilling has helped to lift oil price to a high of $50.60 per barrel in early trading Wednesday, sending relief to oil dependent economies like Nigeria.

That’s the first time since June 6 that Brent crude is trading above $50 per barrel, according to data tracked by BusinessDay.

Following the caution by Haliburton, Anadarko Petroleum Corp. said it’s trimming spending in the first earnings report this quarter from a major shale producer.
That could make this week a turning point for the troubled global oil market — the moment when shale companies showed signs of bowing to the low prices they helped inflict.

The surge in U.S. production this year has stymied efforts by OPEC and other major oil exporters to unwind a supply glut that’s weighed on the crude market for three years.

“If Wall Street rewards them for being more reserved with their activity levels and capital expenditures, then maybe it catches on,” Mike Kelly, a Houston-based analyst for Seaport Global Securities LLC, said in a telephone interview. If Anadarko shares suffer, on the other hand, “I think other people will be reticent about coming out and saying, ‘we’re cutting as well.’”

The initial returns were mixed for Anadarko, one of the biggest oil and natural-gas explorers in the U.S. The Woodlands, Texas-based company slumped in after-hours trading on Monday, when it also announced a loss for the second quarter.

Shale explorers started the year in a frenzy of renewed drilling, taking advantage of prices that climbed above $55 a barrel on OPEC’s promises to cut production. Anadarko, for one, said it would boost its capital budget by 70 percent. But crude’s momentum petered out, and prices have been stuck below $50 for two months, with

Now, Anadarko plans to pare $300 million from its 2017 capital budget, lowering it to a range of $4.2 billion to $4.4 billion, according to a company statement Monday.

“We sincerely believe that the volatility of the current operating environment requires financial discipline,” Chief Executive Officer Al Walker told analysts on the conference call. “As I have said many times, pursuing growth without adequate returns is something we will avoid.”

Oil’s downturn has also made it harder for companies to add new hedging contracts, which lock in payments for future volumes. That’s undercut a strategy that had provided a financial cushion for drillers in the first half of 2017.