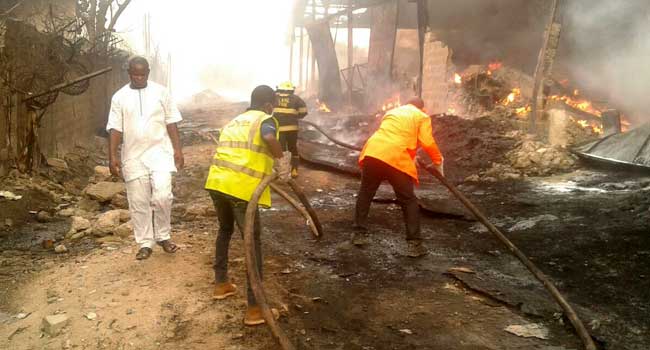 The management and board of the Nigerian Ports Authority commiserate with the Cross River State Government and families of people who lost their lives in the unfortunate fire incident which occurred at the Linc Oil and Gas tank farm located at the Calabar free trade zone facility on Sunday, July 16, 2017.

The Authority has commenced an investigation into the sad event with the aim of working with other organisations to prevent a recurrence of such events anytime in the future.

As part of the measures to forestall future occurrence the Authority has been in touch with the Cross River State Government on the urgent serious safety concerns over Esuk-Utan Beach residences right in the middle of an industrial area.

We want to reiterate  our commitment to the safety of all customers, operators and agencies within our facilities nationwide.

We also commend the courageous effort of the NPA and Calabar free trade zone firemen, who put their lives on the line to prevent the spread of the terrible inferno. This is addition to the deployment of our Tug Boat MV Zaria that provided support from the waterfront.