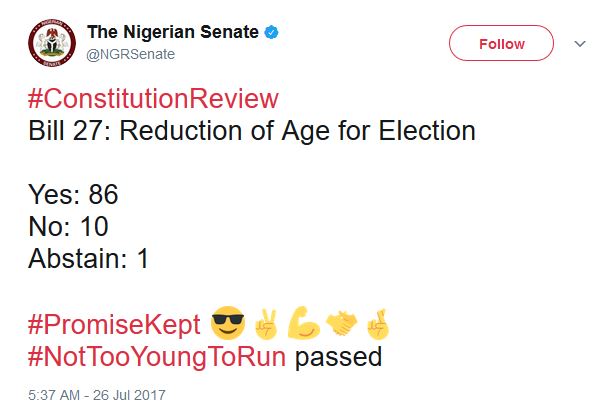 The Nigerian senate has voted to reduce the lower age limit to run for elective positions from 40 to 35.

This was disclosed after an electronic vote in the senate showed that 86 senators were in support, while 10 were against and one of the lawmakers abstained.

This bill goes on to stipulate that 25-year-olds can now legislate in the national and state assemblies across the country.

Despite the results of the vote, the bill cannot become law until it passes the endorsement of 24 state assemblies and presidential assent.

Below are the 33 bills they considered and how they voted: