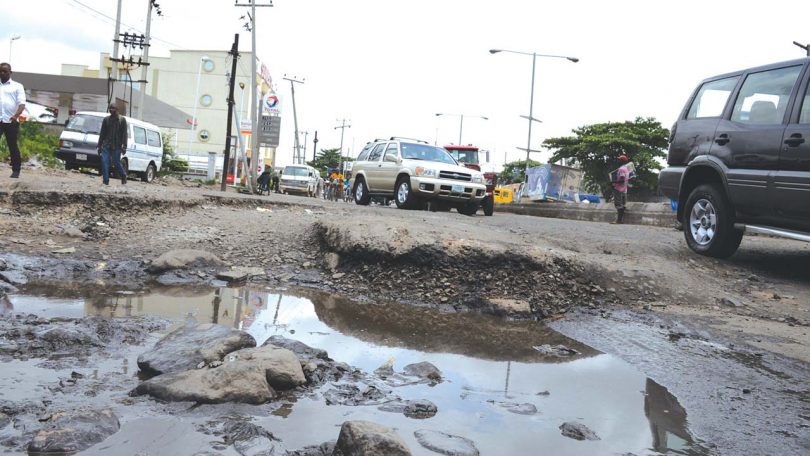 Baring further hitches such as inclement weather condition, major reconstruction work that will involve earth-moving construction equipment on the collapsed Ijora-Apapa-Wharf Road will commence in August, which is just a week away from today, the contractor says.

AG-Dangote Construction Limited, a joint venture company between Andrade Gutierrez (AG) of Brazil and Dangote Group Nigeria, is the contractor handling the reconstruction work that started on July 10, according to the work plan.

The two-phased reconstruction work follows the handing over of the road by the Federal Government to Dangote Group, Flour Mills Limited and Nigerian Ports Authority, who are undertaking the project as part of their corporate social responsibility. The cost of the project is estimated at N4.3 billion.

According to the work-plan, the first phase starts at the port gate and terminates at the Flour Mills-Airways Roundabout. “We are working according to plan; we started with the drainages and we are through with that. We have just started the pavement. It has not been easy because of the rains and traffic in Apapa,” Ashif Jumar, AG-Dangote’s chief executive, said in a telephone interview.

When BusinessDay visited the project site, it was observed that the Ijora-bound lane of the dual carriageway, stretching about 100 kilometres from Airways Bus Stop, towards Area ‘B’ Police Command, had been cordoned off, and traffic diverted only to the Apapa-bound lane.

As expected, this has significantly impacted traffic flow, but Jumar hopes that as the weather improves, they would move faster. “This is a 12-month project, but we are hoping that we may be through before that time. We are working with the Ministry of Works, LASTMA, Navy officials and the police to make sure work move fast. We are working according to plan,” he said.

Apapa, Nigeria’s premier port city, has become a metaphor for suffering and the condition of its roads infrastructure is such that the port city is gradually but steadily assuming the status of a wasteland. The Apapa-Wharf Road is one of the only two major routes to the Apapa and Tin Can ports, which are Nigeria’s biggest and busiest ports, generating billions of naira revenue to the government.

Concerned about the deplorable state of the road and its implication to business and economy, Dangote Group, Flour Mills and NPA had to intervene. Aliko Dangote, president, Dongote Group, explained that his company got involved in the repair of the road “because it is very embarrassing.

“We can’t just sit and have a road like that which is the heart of trade of the country. More than 60 per cent of our country’s imports and exports come through the port and we leave it un-attended. That is why we started on our own and Flour Mills has joined us. But now, government has changed the design because they want all the cables and pipes underground and to have a more robust solution.”

According to the business mogul, the grim state of Apapa Road serves as both an embarrassment to the country and a huge loss of close to N140 billion to the government on a weekly basis.

Paul Gbededo, group managing director of Flour Mills Nigeria plc, agrees, estimating that Apapa on daily basis, contributes N20 billion to the national economy, which leaves stakeholders in shock that the port city, despite its strategic importance to the nation’s economy, is left in a state of squalor with its infrastructure—roads and bridges turning into death traps.

Both the federal and Lagos State governments seem to have turned blind eyes on this city where it is estimated that N200 billion and N500 million accrue to them respectively on yearly basis. It is a case of neglecting the hen that lays the golden egg.

With the present intervention, however, it is hoped that there will be some relief, but Babatunde Fashola, the minister of power, works and housing, warned at the handover event that while the reconstruction work lasted, there would be some level of inconveniences, and urged cooperation from all stakeholders, including maritime truck owners, tanker drivers, businesses, residents, motorists, etc.