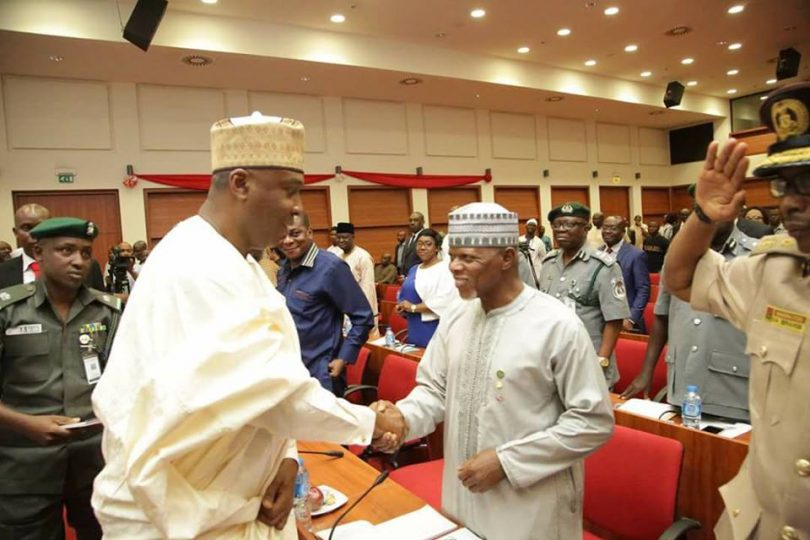 Ali had been involved in a controversy with the lawmakers over his refusal to appear before them in uniform.

But speaking on Monday while declaring open a public hearing on the tackling of smuggling in the country, Saraki said if Ali could end smuggling, he would personally move a motion that he should be allowed to wear jeans and T-shirt.

The hearing, which held at the national assembly complex, was organised by the senate committee on customs, excise and tariffs.

According to a statement by Sanni Onogu, Saraki’s chief press secretary, the senate president said unless the monster of smuggling is tamed, efforts being made to diversify the economy from oil would not yield the expected results.

“But on a serious note, this issue is very important. Customs must do what it takes to stop smuggling. These are the largest economic saboteurs that are ruining our economy.

“We want this committee to sit down for the length of days of public hearing and ask ourselves what is the way forward.

“I can assure you that our responsibility as a senate is to ensure that whatever recommendations are made by this committee, we have to send them back to the executive because as I said, this matter is the singular greatest threat to our economy and to this government.

“My personal presence here this morning along with the leader of the senate is to make a point of the importance that this senate places on this subject matter.”