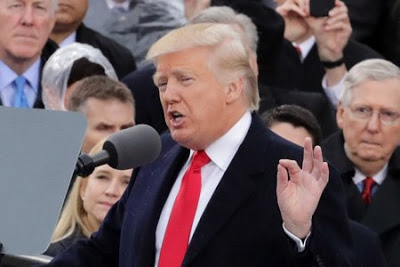 Trump fired off a series of early morning tweets complaining about how he was “let down” by Democrats “and a few Republicans,” who announced their opposition the previous night to the latest leadership plan to repeal and replace the 2010 Affordable Care Act, also known as Obamacare.

With four Republicans now lined up against Senate Majority Leader Mitch McConnell’s health overhaul, the plan has flatlined in the 100-member chamber, where the party could afford only two defectors in order to get the measure passed.

The dramatic implosion effectively means Trump, who marks his first six months in office later this week, has no major legislative victory under his belt, squandering months of political capital.

Trump had campaigned relentlessly on a pledge to abolish most of the Affordable Care Act, proclaiming at an October campaign rally that it would be “so easy” to immediately repeal and replace the law.

But on Monday night he ran into the uncompromising reality of American politics: even with a president’s party enjoying a majority in both chambers, crafting and passing landmark legislation can be difficult in the US Congress.

The failure suggests an inability by Trump — a political neophyte who often highlighted his lack of connections to establishment Washington — to get members of his own party to fall into line.

Nevertheless Trump put on a brave face, insisting on Twitter that “we will return!”

“As I have always said, let ObamaCare fail and then come together and do a great healthcare plan. Stay tuned,” he added.