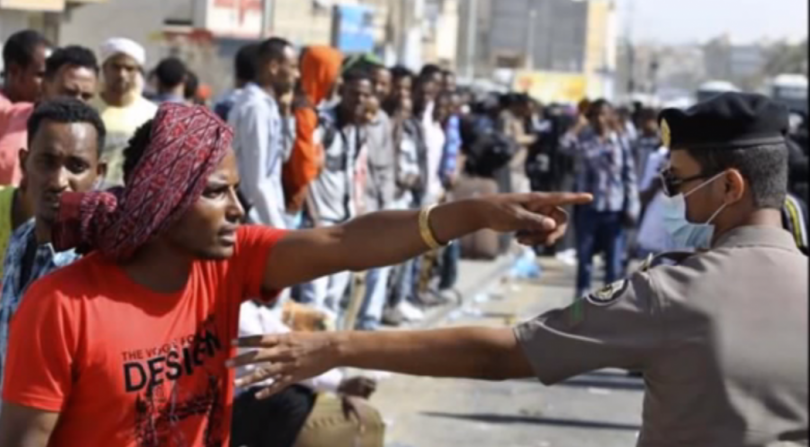 The Ethiopian government has said that only a fraction of its citizens working illegally in Saudi Arabia have returned home before today’s amnesty deadline.

In March, the Gulf state said that those without papers would not be arrested if they left within 90 days.

The deadline was extended by another month, but so far only 60,000 out of an estimated 400,000 Ethiopians have left, the Ethiopian government says.

Ethiopians make up a large portion of the kingdom’s undocumented workers.

All those without papers now face imprisonment or forced deportation.

Ethiopia’s Communications Minister Negeri Lencho told the BBC he feared what could now happen to his compatriots who were still in Saudi Arabia, adding they must return “with a sense of urgency”.

“They will be imprisoned and we don’t want our citizens to face unnecessary imprisonment, or suffer any physical harm or humiliation,” Mr Lencho said.

One of those who returned is 28-year-old domestic worker Nura Ahmed. “Life was really tough,” she told the BBC’s Emmanuel Igunza just after she arrived in the Ethiopian capital, Addis Ababa.

“Sometimes I was jobless because I did not have the proper documentation, so I had no freedom to move around.

“One can never be at peace there,” she added.

In 2013, a number of Ethiopians died in clashes with Saudi police as they were being rounded up for deportation.

Saudi Arabia attracts migrant workers from around the world, particularly Africa, and south and south-east Asia.

Saudi authorities estimate that up to one million people are working in the country illegally.

So far, tens of thousands of people of different nationalities have taken advantage of the grace period and have either left or acquired correct papers.