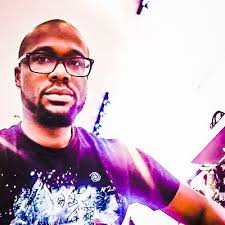 Is the APC actually in charge of Nigerian government? Can John Oyegun summon Saraki to a party meeting to tell him he is straying? Nope!

If an APC led Senate, is frustrating an APC led Executive, like they are doing with Works and Housing, then it becomes more obvious the APC is not in charge.

Saraki’s NASS, which is majority APC, has threatened to impeach the AgPresident, who is also from APC. That says quite a lot. It is APC-APC just in name.

An APC led Senate, which is hobnobbing with a PDP sleeper cell, led by Ekweremadu, can’t claim to have any form of party loyalty.

What we have now are people wearing Tshirts with “APC” emblazoned across their chests, but wearing singlets with labels of all sorts of secret clubs and association sewn unto them, under.

It will not be out of place if the APC as currently operated goes the way of the PDP in 2019. Into oblivion. Nigerians deserve better than the nonsense currently going on.

I do not see how a party of “change” can be overseeing a National Assembly that has shown that citizens are at its mercy. They fail to react when they should. After PMB’s imbroglio, the constitution will still not shift to make amends to prevent a re-occurrence. The people who are supposed to sit down and work out the amendment of the constitution are busy participating in a penis size measurement competition.

This is a time we need politicians who are statesmen,who have bought into a collective vision. Instead all we have are narcissists with ambition bigger than Olumo rock. What a pity.

Many have labeled us enemies, just because we worked to bring the APC to power – simply because we believed the party could deliver change. It is so sad that the major players in the party have decided to mess the work we have done up, just because of personal ambition.

I do not regret the role I played in bringing the APC to power, however minute it is, because I did it with patriotic vigor and will do it again.

But as things are, the party is letting me down, letting many of us down, with how things have been going on, and it seems the leaders of the APC don’t care.

This piece is not a notification of me abandoning ship, but a cry of heartbreak.

Henry Okelue…. On The Move