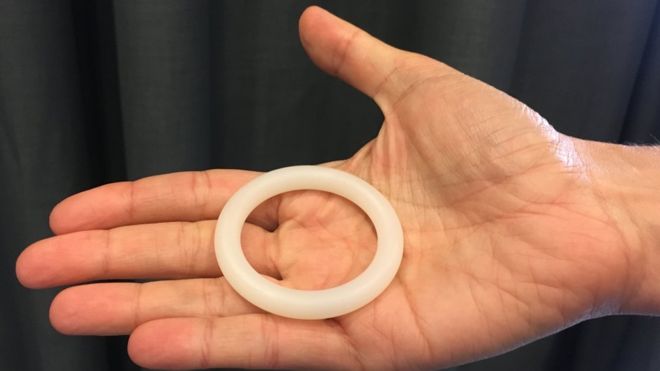 A vaginal ring to prevent HIV infection is popular with teenage girls, US scientists have said.

The ring, which is infused with microbicides, has been shown to cut infections by 56%.

Experts say it frees women from relying on men to wear condoms and allows them to protect themselves confidentially.

The flexible ring, similar in size to the contraceptive diaphragm, releases an antiretroviral drug called dapivirine for a month.

But scientists were unsure it would work in teenagers, who can be notoriously difficult when it comes to health advice.

However, there were some concerns before the trial that the girls’ partners would not like the feel of the ring, but it reportedly enhanced pleasure.

Prof Sharon Hillier, one of the researchers at the University of Pittsburgh School of Medicine, said: “HIV doesn’t distinguish between a 16-year-old and an 18-year-old.

“Access to safe and effective HIV prevention shouldn’t either, young women of all ages deserve to be protected.”

There are now plans to test the ring with teenagers in Africa.

If the ring gets regulatory approval, it would be the first method of prevention exclusively for women.