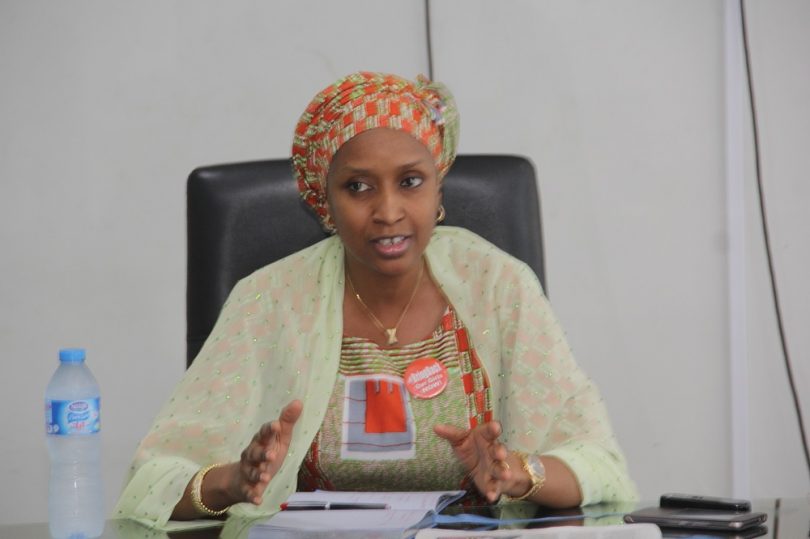 In its bid to further reposition the Nigerian Port Authority (NPA) towards a better navigable channels, the Management of the Authority has almost completed the process of engaging an International Consultancy Company in order to achieve an appropriate optimization study which will serve as a benchmark for all future dredging operations.

Speaking at the Daily Trust Headquarters in Abuja, when she paid a courtesy call on the newspaper company as part of the one year anniversary of her Management, the Managing Director of NPA, Hadiza Bala Usman also promised to support effort to get quick approval from the Federal Executive Council (FEC) for the development of the framework for the national single window, owing to it pivotal importance in the Maritime Industry.

Usman assured that she would build on the existing synergy between the Organization and the Nigeria Customs Service so as to bring quick realization to the desire to make NPA the hub of Maritime activities in the sub region.

MD NPA added that the Ports have recently experienced a surge in the export of Soya, Yam and some other Agricultural Produce as well as solid mineral resources and that these would help improve government foreign reserve soon.

Similarly, speaking at the Silverbird Television breakfast programme, the MD asserted that there has been clear indication of improved operational efficiency since the Terminal Operators took over the operational activities of the Ports adding that with the recent reversion to 24 hours Ports Operations the goal of being the best Port in the sub region would not be farfetched.

Usman added that Apapa Port has all agencies in place to ensure that the Port runs for 24 hours operations. However, “she said freight forwarders have raised security concerns about receiving their consignments at night, we have brought this to the notice of the Port Police Command who are already working on handling the situation”.

The rehabilitation of Apapa Access Roads would be done in segments, and we have earmarked alternative routes during the period of the job.

It should be recalled that this repairs is being done in partnership with the Dangote Group, the Flour Mills and NPA. It is a critical infrastructure that is important to the business of the Port industry.

Furthermore, Usman said the idea of removing every cargo out of the Port cannot be effective without intermodal transport links.

Finally, the MD NPA submitted that a change in policy that seek to improve government revenue and encourage efficiency, bring about a reduction in cost and encourage level playing field for investors should be encouraged at all times.