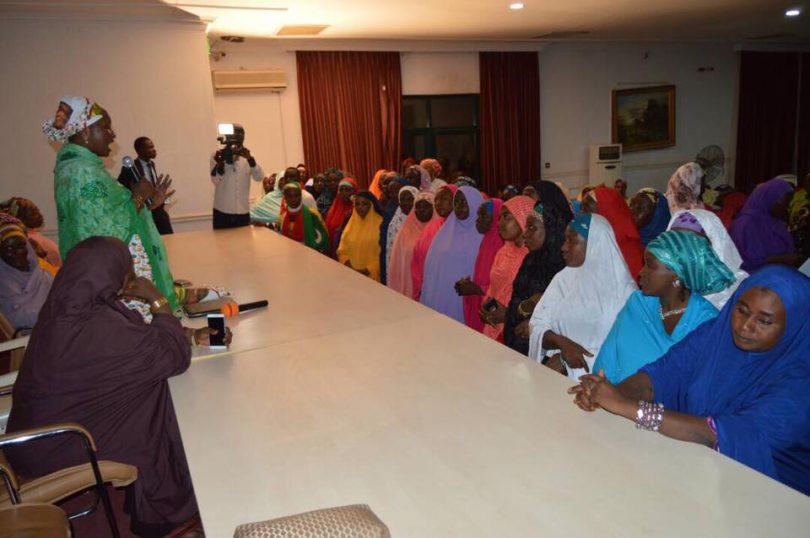 Earlier this week, the wife of Kebbi state governor Dr. Zainab Shinkafi Bagudu in a solidarity with her fellow women formally held an interactive strategy meeting with Apc women politicians from the 21 local government areas in the state, and in a bold step fielded 23 women to contest for chairmanship/councilorship positions in the upcoming elections.

“However good the policies of the National and state government are, the effects will not be felt by people at the grassroots without able Local Government Chairmen and councillors. Today in Kebbi state, we are voting for a team to compliment the APC led leadership of Senator Abubakar Atiku Bagudu.

For the first time in the state and in a bold step towards Gender Equity, the ruling APC is fielding 23 female candidates who hope to scale through.

Earlier in the week, in a solidarity with her fellow women, Her Excellency the wife of Kebbi state governor Dr Zainab Atiku Bagudu formally met the female candidates at an interactive strategy meeting. The meeting was attended by leaders of female decampees as well as women leaders from all 21 LGA of the state. ”

On saturday 15/7/2017 the electorates casted their votes, out of the 21 chairmen & 225 councilors position, APC won all but 5 councilors.

If we assume PDP won the only five councilorship seats after defeating 5 APC women we still have 18 women who scaled through.