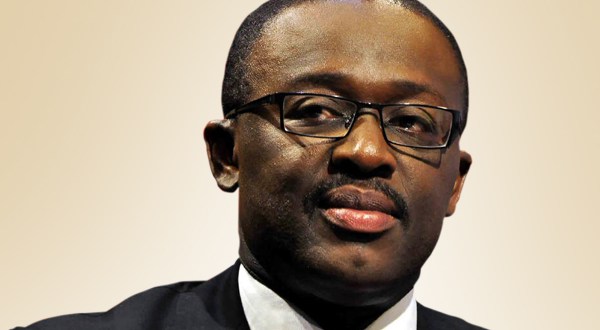 In this first two years of the Buhari presidency, the government has basically tried to defeat corruption through public mobilisation, and enforcement by the Economic and Financial Crimes Commission (EFCC) and to a lesser extent, the Police, Department of State Security (DSS), Independent Corrupt Practices Commission (ICPC) and the Office of the Attorney-General of the Federation (AGF).

When the government constituted a Presidential Advisory Committee on Anti-Corruption (PACAC) chaired by Professor Itse Sagay (SAN) with another Professor, Bola Owasanoye as Executive Secretary, the conception may have been to use this committee as an intellectual and strategic anchor for the anti-corruption effort. Indeed I am aware of some of the quiet efforts of Owasanoye and others on the committee, but its loudest public advocacy led by its chairman has often complemented the information-based anti-corruption rhetoric of the EFCC and other government officials and agencies rather than a strategic and institutional approach to combating corruption, which is where I believe the focus should be. Two years on, it is now time to review the government’s anti-corruption strategy, and adopt a more fundamental and enduring approach.

First of all, efforts to tackle corruption must recognise its socio-economic linkages. In the last two years, poverty and unemployment have risen in Nigeria. It is inevitable in such an environment that desperation, crime and insecurity would increase. An effective and sustainable anti-corruption strategy must be anchored in the context of an ambitious pro-growth economic reform and development programme that fosters inclusive and sustained economic growth, reduces poverty and inequality and creates employment in large numbers. Instead it has taken us almost two years to produce an Economic Recovery and Growth Plan (ERGP) after weak, misguided or non-existent policy plunged the economy into recession. Now we must aggressively implement ERGP with a strong focus on its “Investing in our People” elements.

It is fair to acknowledge the efforts of the administration, especially the Office of the Vice President for its insistence on a Social Investment Programme, but in the context of recession, growing unemployment and limited fiscal resources, those efforts have been no more than a drop in the ocean.

One particular aspect of the economic dimensions of a needed anti-corruption strategy is the need to leverage large scale private capital injection into the Nigerian economy from both domestic and foreign sources. Such investments in infrastructure, manufacturing, construction, real estate, services and ICT, for instance would create massive employment and create the appropriate socio-economic context for a successful and a sustainable anti-corruption effort. There are also some on-going legislative reform initiatives in the Senate and House of Representatives under the auspices of the National Assembly Business Environment Roundtable (NASSBER) which should have received stronger support from the executive based on their potential for accelerating economic growth, creating jobs, strengthening MSMEs and improving the business environment. These include laws on competition and consumer protection, laws enabling borrowing against movable assets, reforming companies and securities legislation, improving funding, investment and economic regulation in transportation and infrastructure, fine-tuning development finance for MSMEs, improving land administration and reforming the oil and gas sector. These initiatives are imperative if the strategic approach in relation to corruption is prevention rather that ex post facto cure.

The government has eventually discovered the benefit of whistle-blowing in anti-corruption, but even this has not been based on an institutionalised approach. The right strategy, which by the way was included in the APC’s election manifesto will be to pass a comprehensive Whistle Blower Act that systematizes whistle blowing rather than the current opaque, haphazard and inevitably, confusing approach.

I chair the board of an organisation, The Convention on Business Integrity (CBi), which is private sector focused and it’s twin, The Integrity Organisation, which works in the public sector. These organisations from their inception in 1995/1997 have been committed to a strategic, structural and systematic effort to reduce corruption and the incentives for corruption in the private and public sector in Nigeria. Three examples will explain the point – CBi established a voluntary code for private enterprises who when they sign in a public ceremony commit to values of integrity, transparency and ethical behaviour in their operations, and when any signatory organisation breaches these obligations, they are held to account by their co-signatories and CBi itself. Another example is the Corporate Governance Rating System (CGRS) which CBi created and is implementing for listed corporates on the Nigerian Stock Exchange in conjunction with the NSE. The Integrity Organisation established a web-site, www.egunje.info several years ago, in effect the first attempt at a public anti-corruption whistle blower system which enables citizens to report attempts by public agencies to extort bribes from them.

A systematic and institutionalised anti-corruption strategy will try to leverage and help to scale up these private efforts by CBi/Integrity and other civil society entities in the anti-corruption space, rather than exclusive or predominant reliance on government agencies.

We must promote institutionalised mechanisms, building up the institutional capacity of all relevant agencies in the anti-corruption value chain. What is the investigative capacity of the EFCC, ICPC, and Police in relation to corruption and financial crimes? Why do these agencies rely almost exclusively on petitions for investigating allegations of corruption? Why are all prosecutions focused on easier-to-prosecute accusations of money laundering? Why have most EFCC prosecutions in the last two years failed to secure convictions, in spite of the high profile allegations against accused persons in the media? The answers point to institutional deficiencies in these agencies and the imperative of capacity building based on proper strategic diagnosis. Some evident imperatives are greater use of technology, enhancement in forensic capabilities, injection of quality specialised human capital and greater leverage of civil governance mechanisms in fighting corruption.

Finally, it is curious that government has refused to appoint a board for the National Procurement Council as required by law. That is an institution, which if its board is constituted in a way to guarantee its independence, efficiency and credibility, could play a significant role in preventing procurement fraud, probably the largest single source of corruption in Nigeria.

Mr. Opeyemi Agbaje is a Senior Consultant/CEO of RTC Advisory Services Ltd. and the Chairman Governing Board of INTEGRITY.