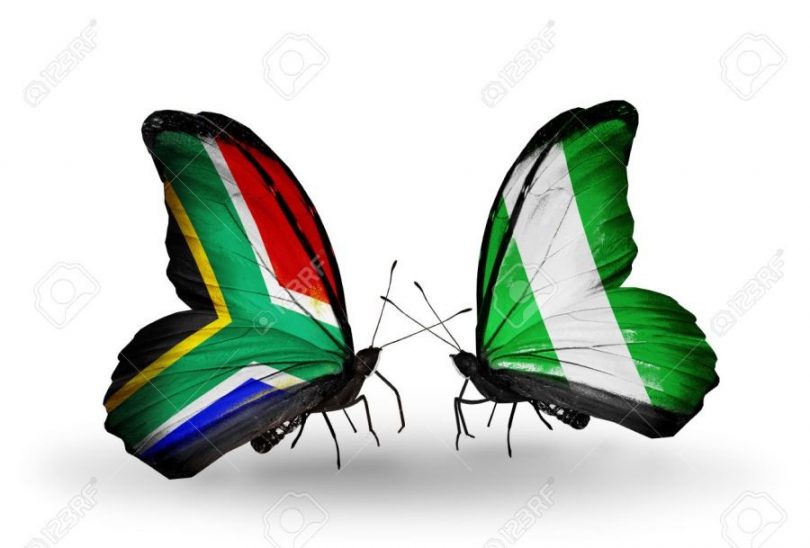 If the rest of Africa expect Nigeria and South Africa to chart a pathway and provide some sort of economic leadership, they would have to look elsewhere for the time being. Africa’s two biggest economies, with a combined Gross Domestic Product (GDP) of nearly $800 billion are both in recession at the same time, for the first time ever in the modern history of the continent.

The time of arrival at this recessive destination may be different for both Nigeria and South Africa, but the navigation patterns bear a striking resemblance. The combined forces of corruption, public finance profligacy and in the case of South Africa, political instability, have stripped both countries of veneer of economic growth over the last one decade.

For the average Nigerian and South African, currently bearing the brunt of the reckless economic decisions and financial mismanagement of those entrusted with power, endless debates and analysis offer little or no reprieve.

Nigeria slipped into recession in Q2 2016, a year after the historic election that produced Muhammadu Buhari, a former military leader and staunch anti-corruption advocate, as president. Buhari’s predecessor, a former governor from the oil-producing Niger Delta, presided over what observers say is one of the most corrupt regimes in the history of the country.

Corruption has proved to be a recalcitrant encumbrance to the development of Africa’s most populous nation. A recent report by Chatham House, an independent policy institute based in London, puts the amount stolen from Nigeria’s treasury between 1960 and 2014 by corrupt public officials at $400 billion.

South Africa is not without its own corruption challenges, even if the amounts involved are not as staggering as the ones in Nigeria. Diversion of public funds by politicians and public officials away from service delivery into private pockets is rife. President Jacob Zuma for example is alleged to have diverted R246 million of public funds to upgrade his private home.

Since 2009, South Africa has dropped 17 places on Transparency International’s Global Corruption Perception Index, 34 places since 2001. Between R25 billion and R30 billion is lost to loopholes and imbalances in government procurement processes each budget year according to a 2011 report by Willie Hofmeyer, former head of the Special Investigation Unit.

Economic analysts did not foresee Africa’s most industrialized economy going into a recession this year, but they should have. South Africa’s GDP contracted 0.3 percent in the last quarter of 2016, and its government needed to initiate short-term reforms to stem the tide. Instead, President Jacob Zuma fired the country’s finance minister, further compounding the political turmoil with economic uncertainty already prevalent in the country.

The ill-guided and mistimed ousting of Pravin Gordhan, who was in London meeting with investors and South Africa’s economic partners, sent the Rand tumbling against the US dollar. The erstwhile economic minister is credited with stabilizing South Africa’s economy since his appointment in December 2015 after President Zuma had sacked two other finance ministers within a month.

Gordhan is a vocal critic of corruption in state-owned companies and is thought to have clashed with Zuma over the operations of enterprises owned by the South African government. Most of South African SOEs have been operating at a loss over the years, and the bailouts required to keep them insolvent have been a massive strain on the economy. In 2015 alone the South African government spent nearly 10 percent of its total annual budget in servicing debts and paying money to help these companies.

State-owned national career, South African Airways, reported a R1.5 billion loss for the 2015/2016 financial year, after losing R5.6 billion the year before. The airline is being kept in the skies with R20 billion by the South African government. Money that should be put to good use elsewhere.

It is a similar story with state-owned regional airline, South African Express, and low-cost carrier, Mango. Both companies reported huge losses in the 2015/2016 financial year, and the year before that. Indeed, over the past 10 years these three airlines, South African Airways, South African Express and Mango, have made a combined R35 billion in operational losses and state bailouts.

The unhealthy obsession of the South African government with SOEs transcends airlines. Broadbrand Infraco needed a R500 million from the government to sustain its operations in 2015 and has consistently made losses since 2010. Passenger Rail Agency of South Africa ran into a R600 million loss in 2015, and R1.2 billion in the year before that. South African Post Office posted a loss of R1.4 billion in 2015. PetroSA however takes the cake for the biggest ever loss incurred by a state company in the history of South Africa with R14.5 billion.

As Africa’s largest oil producer, Nigeria has little infrastructure to show for the hundreds of billions earned from crude oil sales over the years. Humongous sums have been lost to questionable subsidy regimes that should never have existed but for gross incompetence and corruption. The nation’s petroleum minister recently revealed that $65 billion was spent on petrol and kerosene subsidies between 2011 and 2015. That amount is higher than the GDP of Kenya, and much of it ended up lining private pockets while the masses still bought fuel at higher prices.

To get out of recession and return to the path of economic growth, both Nigeria and South Africa will have to implement key reforms in departure from the archaic and unprofitable way of running government. Nigeria’s Vice President, Yemi Osinbajo, had to publicly reject the offer of a new official residence at the cost of N7 billion. While that is commendable, the offer should never have been on the table to start with.

Malusi Gigaba, South Africa’s fourth finance minister in less than 18 months, and his Nigerian counterpart, Kemi Adeosun, are faced with the task of convincing their respective governments that recession provides an opportunity to turn a new leaf in public expenditure.

Nigeria has made some progress in improving the ease of doing business and creating an enabling environment for investors and business owners. More needs to be done. The 2017 budget, expected to be financed largely through loans, contains too many frivolous items gulping funds that should be ploughed into developmental projects.

The appetite of the South African government for controlling enterprises that are best operated by private ventures will have to be curbed. The cost of running government remains high at the detriment of the economy. Investors’ confidence, eroded in no small measure by the abrupt removal of the former finance minister, has to be regained.

Size matters, a combined GDP and population of nearly $800 billion and about 230 million people, matter to the rest of Africa. But if size is not put to good use, it becomes a burden. The highest unemployment rate in the history of South Africa, and nearly 10 million out-of-school children in Nigeria are handwritings on the wall for this fact.

South Africa in particular must watch out for the effects of the political wrangling bound to get worse around the leadership tussle in the ruling African National Congress, the ANC and the 2019 general elections. While the feelers indicate Nigeria may be getting out of the recession soon, the country must understand that it cannot build a thriving economy based on the rules of the past. Africa’s largest countries and by far its most important economic hubs must do better to help move the country in the direction of economic freedom and prosperity.