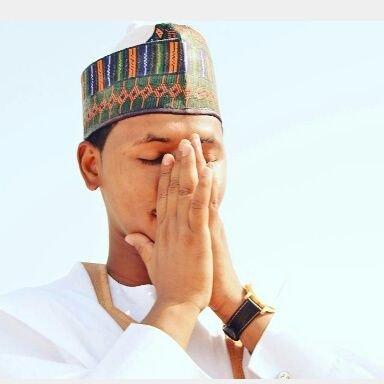 Nigeria has experienced a considerable increase in natural resource conflicts since the early 1990s. The increasing clashes between farmers and pastoralists has recently become worrisome, especially in wetland areas of the Middle Belt, North Central Nigeria.

As expected, most media outlets both local and international have decided to cash on the stories around the unfortunate conflict with highly exaggerated accounts motivated by ethnic and religious undertones.  This has led to increased misunderstanding and level of distrust among Nigerians.

Centuries back, many of the low-lying areas next to rivers in Nigeria was hardly used by farmers because of some wide-range of reasons. One of such is the exposure to diseases like river blindness and malaria. Another is the problem of erosion peculiar to these riverine areas. These areas instead were mainly used for grazing by nomadic herders and fishermen. They regarded themselves as possessors of these lands by right of use and occupation.

Moving forward, the increase in Nigeria’s population led to a need for much greater use of these lands, especially for food production. During Nigeria’s colonial era, large irrigation schemes to ensure freshly planted food crops were catered for became popular. These schemes however became unsustainable forcing successive governments to find alternatives.

The need to craft substitutes steered the introduction of the Fadama projects in the early 90s to support traditional small-scale farmers. Fadama is a term denoting irrigable low-lying plains. The idea was to promote low cost technology for irrigation under the World Bank financing. This pumped-based Fadama cultivation was massively expanded throughout the northern region.

The expansion of the project coincided with large-scale urbanization and a growing demand for horticultural products in all regions. This spread various types of dry season cultivation in many states and ultimately set the stage for the recurring farmers and herders’ clashes.

The farmers, usually desperate to meet the growing demand for food items in growing urban centers and to feed their families took up more of the riverbanks to farm. Doing this meant they encountered struggles with the other users, especially the herders and even the marginal fishermen.  The herders’ frustration and hostility came mostly from finding the grazing routes and access to watering points covered by tomatoes, cucumbers, other vegetables  and crops planted by the farmers. This led to misunderstanding and clashes leading to loss of lives and property.

At what point did it become a full-blown war?

Prior to 1999, Security was considerably firm. One of the weaknesses of civilian rule from 1999 till date is the poor and inadequate response to the security of lives and property. Internal crises were containable under pre- democracy era. Now, the police and/or security outfits are required to contain what initially used to be settled by village heads. The advent of democratic rule seems to have opened the gene of ethno-religious conflicts which manifested around the Farmer-Herder conflicts. Some Politicians have cashed on the land use conflicts to feather their nest.  For example, in Mambilla Plateau, Taraba state Herders and Farmers had lived together for over a century. There was never a face off until in 2001 and 2002 respectively and both crises were believed to have been politically motivated.

As I write this, some Fulani communities are still counting their loss of properties and lives. A number of people for example, are still missing following yet another attack which started on the 18th of June, 2017 to this very moment by some militiamen on the Mambilla Plateau, sixteen years after the first one. Again these attacks were alleged to have been carried out at the behest of some political elements.

In the early years of return to democratic rule in Nigeria, Plateau State also witnessed ethno religious crisis. Many of the settled and transhumant pastoralists got caught up in the crisis between the urban Hausa-Fulani Muslim and the Christian tribes; which set the stage for subsequent conflicts that lasted many years.

The situation has not been different in other States like Nassarawa, Benue and Kaduna. Again, just about the same period, we had the infamous Sharia crisis in 2000 which contributed to the already growing distrust among the urban Hausa-Fulani Muslims and their largely Christian tribe neighbors in Southern Kaduna. This of course has negatively affected the relationship between the transhumant pastoralists and the locals in Southern Kaduna. For instance, the recent renewed clashes in Southern Kaduna was largely attributed to the transhumant pastoralist who came back to avenge their loss during the post-election violence in 2011 – in Kaduna state. The crisis led to subsequent reprisal and counter attacks within the state.

Part of why these crises linger on is because both the people and successive state Governments failed to commit to peace. We have seen recently in Plateau State, for example, that peace can be restored when both parties are committed to lasting peace. Efforts made by the state Government, NGOs and the warring parties to ensure peace has proved to be effective; so far Plateau state has been at its most nonviolent for the longest time since 1999.

We also cannot ignore the acts of criminality and banditry being perpetrated under the guise of the “herdsmen attacks”; and our obsession with one-sided narratives. A good example is that of the Zaki Biam killing that took place on 20th March in Benue State. The initial report was that “herdsmen” perpetuated the mass killing of the people of the town. The police however later reported after much investigation that the act was actually carried out by some armed gang led by one Terwase Agwaza.

Over the years, the Federal government created commissions to investigate and find comprehensive solutions for the crisis in the Middle Belt states. There was the presidential peace initiative committee in 2002, the Federal Administrative Panel of Inquiry in 2008, the Federal Advisory Committee in 2010, post advisory committees on security challenges in 2012 and so many others.

Failure of successive Governments to implement any of the recommendations by the panels of inquiry set up to investigate previous crises, is one reason it still lingers. Some months ago for example, the Kaduna State Government made an effort to implement one of such recommendations and it was widely sensationalized as “paying the herdsmen for killing people”; which ushers in the role of media in these crises.

If the media can do away with this culture of exaggerating every crisis and do more of investigative journalism, a lot would have been avoided. For instance, the pre-dawn attacks in some parts of Plateau, Benue, Kaduna, Nassarawa and Taraba States was widely reported to be perpetuated by “unknown gunmen” between 2010 and 2012. ‘Unknown Gunmen’ easily became a lazy way to report the news as opposed to actually investigating the attacks or the people behind it.

The label was later switched to tagging every clash as a ‘reprisal attack by suspected Fulani herdsmen’ without reporting the original attacks that prompted these reprisals. The media keeps reporting the crisis with political and ethno-religious undertone, giving room for ethnic profiling of the entire Fulani race, accusing them of undertaking an ethnic cleansing agenda against the ‘Northern Minorities’. This narrative became even more popular when Muhammadu Buhari came into power as President of Nigeria and Nasir El-Rufai as Governor of Kaduna, both Fulani men, despite their resolve and continued efforts towards ending the crisis.

Today we see how this profiling of the Fulani people has misled a lot of people into to believing every Fulani man is violent and one who deserved to be killed. Many have used this sentiment to justify the latest killings of the Fulanis in Mambilla Plateau, a crisis that was said to have started from a civil case as confirmed by the Taraba State police spokesman Mr David Misal.

It is important for the reader to know that the term ‘Fulani’ doesn’t necessarily describe a particular tribe. It is an umbrella of different clans with distinct dialects in Nigeria and more than 17 African countries. So, if the media continues to give unverified blanket reports of this “herdsmen” crisis, it will only sow seeds of bad blood among Nigerians for crimes committed by criminals.

The Federal Government should as a matter of urgency review our border patrol system, thereby providing more security personnel, deployment of new technological facilities that will aid the immigration and other security agents to verify and admit any foreign herders entering the country. The officers must be trained to be able identify and stop illegal intruders from entering Nigeria. All herds must have the International Transhumance Certificate as provided by the ECOWAS Protocol on Transhumance.

The ECOWAS Transhumance Protocol of 1998 and the ECOWAS Protocol of Free Movement of Goods and Persons in West Africa also needs to be reviewed.  Both acts allow herders access to designated stock routes and grazing lands/reserves through the West African countries. The review should be put in place to ensure efficiency and to identify new routes and away from the routes have already been turned farmlands.

Another viable way of keeping the crisis minimal is creating and revitalizing grazing reserves, especially within North central states that have already indicated interest in doing so. The idea of establishing these reserves is for them to serve as some form of settlement for pastoralists – they’re to provide land for grazing and permanent water.

Over the years, the victims of these clashes have been shoved aside, with no form of compensation for the lives and properties lost. It is therefore imperative to create special tribunals to investigate, prosecute offenders and compensate victims. The media also has a part to play in this in form of undercover journalism; the bar has to be set high for reporters.

It is clear that internal security has continued to be a major challenge for the civilian rulers and there is an urgent need for review of our national security policy and strategy to accommodate these new dimensions of security challenges arising from the Famer/herder clashes.