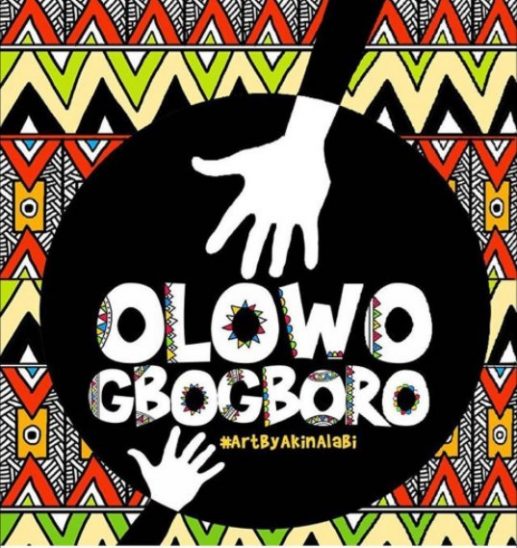 The world constantly progresses at such a fast rate that says “Evolve or you disappear” and the constant question on our minds has been focused on how we can effectively position ourselves for the future which in actual fact is already here. The entire world is being disrupted in ways we are all still trying to figure out. Increase in internet penetration which of course gave way to increase in social media use has practically defined how we live, eat, relate with one another and carry out our day to day activities.

Hence, one can safely conclude that by now, internet penetration would have scaled through 50% and that has been confirmed by we are social [a body concerned with all things digital media]. So, we can imply then that digital media is not a trend that will be here for a while, it’s here to stay and will definitely evolve into bigger and more sophisticated forms!

I believe that the call of the church is of moulding culture, influencing culture and ultimately enforcing kingdom culture on earth. If we therefore call ourselves the enforcers of kingdom culture here on earth and are lost in the platforms that shape culture such as social media, music, technology, haven’t we become those whom the bible calls deceivers of one’s self? For purpose of precision though, I wouldn’t dabble into other forms of culture shaping tools apart from social media.

Social media is inanimate like technology, weapons, electricity e.t.c. It therefore, is very dependent on its users. You either use it well or you don’t use it well. We cannot complain for forever that social media is bad when it’s only a tool. There’s this illustration I love to use in relation to social media. I love to infer that it is user-centric and only amplifies the intention of the user. The gun to a soldier is a very effective tool in the enforcement of law and order whilst to a thief, it’s a danger waiting to happen. Is the gun therefore a bad tool? No! It depends on whose hands it is in. This is why the church needs to get on with its message of love and peace and grace and influence lives via digital media.

For some, the idea that God would use a platform like social media to propagate His gospel seems to be strange and a taboo and whilst those ones focused on their inability to upgrade their minds, God appears to move on to other willing and able minds who have come to term with what God is set to do in these times. I’ve done a bit of study on revolutions especially in the world of faith and seen how some things have come and gone and left us confused whilst it evolved.

First it was radio and television and how we fought for several years over how evil it was, how it was the devil’s box, evil and antichrist. Since good decided to go into hiding, the expected is that evil would reign and it did so – it generated more content, increased in fan base and got more influential in culture. The idea that we should refrain ourselves from social media and pop culture is a salient plan. One that is aimed at shutting our voices and ensuring that evil prevails hence we should ensure that this doesn’t happen.

The call of the church is one bigger than us. It’s one of moulding culture hence we shouldn’t miss out on such platforms else we face the risk of being irrelevant. In the past, we experienced several mighty moves of God and revolutions through various men of God until somehow technology evolved and we got puzzled.

The ongoing #HalleluyahChallenge is the first of its kind online praise/worship live session and is convened by Psalmist and Gospel minister. The idea behind this is for interested individuals to meet at midnight for an Instagram live session everyday throughout the month of June.

Many thought this was just one normal engagement until the whole idea suddenly skyrocketed and surpassed every single expectation that anyone could have had about it. Even the convener himself once talked about getting a venue that can contain about 2000 worshipers for a grand gathering of worship called Hallelujah Festival scheduled to hold on the 28th June.

The challenge which started with about 1,800 worshipers has grown massively to over 283,000 participants as recorded from the last count collated from both Facebook live and Instagram live sessions. The beautiful thing about this is that we haven’t reached half of the month yet, so we can only expect that this would double before the end of the month.

His followership on Instagram has also grown from about 20,000 before the commencement of the event to about 324,000 this morning. Not forgetting the blue tick attached to his account which indicates a verification from Instagram. His live video also recorded the highest attended live video on Instagram. The several buzz words from the live event have not failed to daily cause trends on twitter.

I cannot forget the several miracles, signs and wonders that have accompanied this event. Most importantly, of the several souls that have been saved. This to me looks like the perfect definition of going into all the world preaching the gospel. Remember that time when the bible recorded that fame of Jesus went about into every place, this is the perfect scenario of what he was talking about if it was in modern day.

I understand that the major fear of many churches is that being fully digital would have a negative impact on the attendance in churches as many would love to sit in the comfort of their homes and attend church services but I say a big no! It’s only selfish to think of your church attendance alone when there’s a sick and dying world to reach with the gospel out there.

Can I be at the brink of committing suicide and stumble on your live broadcast of a message of hope on social media? Can you engage a larger audience in a movement that is God-centric? Can you engage a digital-media driven generation in the message of Christ and his finished work on the cross? Can you drive engaging conversations on Jesus to millennials? With the advent of newer technological inventions like Virtual Reality and the increase in sophistication of artificial intelligence, the church must get divinely inspired ideas on how to leverage this platform for the purpose of the gospel.

We didn’t get it right with radio, neither did we get it with television, Social media is probably one of our last chances to get it right as Christians and we must explore it to the full. We would be doing ourselves a great deal of harm by ignoring by a platform that can reach more souls than our church buildings can. The goal is to go into all of the world and that we must do.

Bolu Akindele is a young creative generalist with an incredible passion for excellence amongst young people. He shares his thoughts consistently on twitter @boluakindele