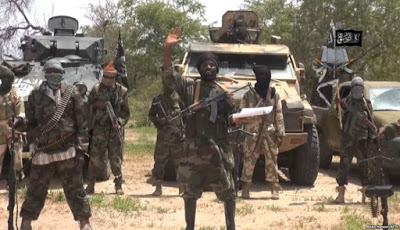 In the year 2006, while preparing for the mandatory entrance exam into senior secondary school, I encountered the word Maitaisine in one of the current affairs handbooks, to my surprise, a word I’m seeing for the first time in my life was labeled as one of Nigeria’s bloodiest movement.

I was angry at my dad as I childishly believed he wanted me to fail — what if that comes out in the exam? As he got back from work that same day, I angrily walked up to him to ask why he hasn’t told me anything like Maitaisine, he was surprised on how I got to know and calmly made that our moon light story for that day. The normal routine was; bath, eat, moon light story, then bed, but the routine changed as I insisted on moon light story before others, my plea was accepted and Maitaisine story came first, but at the end, the story was too chilling for me to eat that night, I went to bed with empty stomach, disturbed and blamed myself for insisting to know what Maitaisine was all about.

While my dad was concluding his story for that night, he ended up with prayer “may we not experience anything similar to Maitaisine again in Nigeria”, even when I was covered with sleep, I muttered amen. From 2010 till now, four years after the story was told, I still wonder if my dad’s prayer that night was answered and whether my amen that night wasn’t sufficient enough to back up his prayer. I am not just being unreasonably pessimistic; the birth of Jama‘atAhlis-sunnah Lid-Da‘wat wal Jihad meaning ‘people committed to the propagation of the Prophet’s teachings and Jihad’seems to have nullified our prayer that night. From our discussion that night also, I have subtly realized why my dad has not chosen predictive study as his researcharea of interest—it’s none Nigerian to predict future, especially if it’s possibly unpalatable, how I wish he had ended that night’s story by predicting the possibility of Jama‘atAhlis-sunnah Lid-Da‘wat wal Jihad, at least indicators as then were enough to, but my dad chose to be a typical Nigerian.

As of 2006,  a good population possibly would have labeled my dad a doom predictor if he had suggested the emergence of Jama‘atAhlis-sunnah Lid-Da‘wat wal Jihad, neither would they have known that Nigeria will eventually give birth to a danger and its name would be Jama‘atAhlis-sunnah Lid-Da‘wat wal Jihad. Rare have been the month over the past seven years that have not witnessed at least one attack carried out by the group. Since the climax of the battle of Maiduguri in early August 2009, it has steadily escalated its armed campaign to the extent that it now threatens the lives and peace of mind of millions of people living throughout northern and central Nigeria. So rapid and dramatic has its growth been and so audacious and well-executed some of its attacks, that it is now looked upon as a global threat. In particular, its suicide bombing of the United Nations’ headquarters in Abuja in August 2011 caused great alarm in many foreign capitals. For if it could successfully strike against such an important and well-defended target as that, then what else might it be capable of?

The Jama‘atAhlis-sunnah Lid-Da‘wat wal Jihad Movement founded by Ustadh Muhammed Yusuf in the northeastern part of Nigeria is officially recognized by its members as Jama‘atAhlis-sunnah Lid-Da‘wat wal Jihad, meaning ‘people committed to the propagation of the Prophet’s teachings and Jihad’. The name Boko Haram which now has been seen as the group’s nomenclature is surprising to have been a formulation by northerners who despise their ideology. Boko Haram was first led by Mohammed Yusuf who was reportedly killed by the security forces just after the sectarian violence in Nigeria in July 2009, which claimed over 1,000 lives but he later re-surfaced and boasted that he is well, strong and alive. Yusuf was born on the January 29, 1970 in Girgir, Yobe state, Nigeria. He received instruction in Salafi radicalism and was greatly influenced by Ibn Taymiyyah, an Islamic scholar (alim) from Turkey. The Hausa appellation Boko Haram signifies its ideology which forbids western education and any culture that is western. It is for this reason that they advocate abolition of democratic governance and any man made laws. It should be stressed that this is not a name that this Islamist sect has chosen for its self but one that has been given by the local population on account of its acrimony towards western civilisation. However, various analysts have noted that the movement may have been around much longer-for up to fifteen years under various other names including Al sunna Wal Jamma; Muhajirun; the Nigerian Taliban; the Yusufiyya Islamic movement and Ahlu sunna Wal’ Jamma Hijra. Since 2002, the group has been calling itself Jama’atu Ahlus-sunnah Lidda’Aawti Wal Jihad, or ‘People Committed to the prophet’s teachings for Propagation and Jihad. The movement was founded in 2002 in the city of Maiduguri, in north-eastern Nigeria with the aim of establishing a true Shariah government as retaliation to unproductive democracy in Borno state under Ali Modu Sharif after he would have won the governorship election in 2003.

Jama‘atAhlis-sunnah Lid-Da‘wat wal Jihad which would be referred to as Boko Haram in the remaining part of this piece isn’t a miraculous tree that grew up in a day with numerous branches, it’s a tree that has root, positive catalysts and one that could have been pre pruned to avert the dangers it’s posing now. Over a decade ago in Maiduguri, a group of frustrated youths, who were deprived of so many attributes of good governance,had only one connecting factor which brings them together and that was prayer. As decreed upon them as Muslims, they come in congregation five times daily to pray at Alhaji Muhammadu Ndimi Mosque in Maiduguri, at the end of every prayer, frustrated youths come together to lament on their predicaments which have been overlooked by their so called leaders. In 2002, an offshoot of this youth group (not yet known as Boko Haram) declared the city and the Islamic establishment to be intolerably corrupt and irredeemable. They found the need for a change, but due to their ignorance, loss of hope in politrik-cians and absolute lack of western education but little familiarity with the teachings of holy Quran –which most of them doesn’t have a good comprehension of, the only scenario they could link up to their predicament was the exodus movement of Prophet Muhammad (SAW) from Mecca to Medina (which apparently was a different scenario, Prophet Muhammad (SAW) was under attacks and his existence and that of his followers were under threat, hence need to move elsewhere for him to survive).The group declared it was embarking on hijra (a movement similar to that of the prophet’s). The group moved from Maiduguri to a village called Kanama, Yobe state, near the border with Niger, to set up a separatist community run on Islamic principles, with the intention of running a non-corrupt system that will eventually attract people from the corrupt society to join them.

Things were going on well with the group having little or no media audience not until late 2003. Around December 2003, a communal crisis ensued as a result of fishing right in a pond, the group members were involved, and they sadly overpowered squad of tax-money-trained police officers and took over their weapons, a typical show of ignorance and absolute battle against the state. This confrontation led to a siege of the group’s mosque that extended to the New Year. The siege later gave birth to a bloody shoot-out that claimed the lives of many members of the group, which didn’t spare the leader of the group as at then. At this point, the group had already gained local media attention and has been tagged “The Nigerian Taliban”.

The few members that survived who were already named “Nigerian Taliban” returned to Maiduguri, where they reconnected back with others from the youth group that had originated at the Alhaji Muhammadu Ndimi Mosque. The leader of this Maiduguri group, Mohammed Yusuf, then embarked on the process of establishing the group’s own mosque in Maiduguri. This new mosque, named the Ibn Taimiyyah Masjid, was built on land owned by Yusuf’s father-in-law, Baba Fugu Mohammed. The group was apparently left alone by the authorities, operated freely and it expanded its wings into other states, including Bauchi, Yobe, and Niger state. The group’s neighbors in Maiduguri named the group Boko Haram, which roughly translates as “Western education is forbidden” in Hausa.It was reported that the group embarked on a philanthropic mission as they began to offer food, shelter and this strategy attracted hundreds of people to join them. Many of those the group attracted were refugees from the wars over the border in Chad and Jobless Nigerian youths. Source of funds was linked to donations from Salafist contacts in Saudi Arabia as suggested by Borno religious establishment, other sources include; donations and rubbery operations carried out by suspected members of the group.

The movement did not become militant until 2009 when its leader was captured by the men of security forces and was later found dead. From 2009 till date, the Boko Haram, in pursuit of their ideology, has engaged in arson, bombing, shooting, stabbing with disdain and impunity – targeting important national events, public institutions, markets and sometimes Christian places of worship and Christian festivals and most recently the mosques. It is remarkable to note that apart from the Boko Haram’s targets they sometimes engage in sporadic bombings of the major northern towns and cities as it did happen in Kaduna, Zaria, Jos, Kano, Maiduguri and Damaturu among others. When this happens, they kill indiscriminately; they killed both Muslims and Christians alike. They have killed the rich and the poor, young and old, male and female, weak and strong, elites and commoners, northerners and southerners alike. With this it can be reasonably concluded that the Boko Haram insurgency is a war against the nation. It is not known when or how the group obtained its initial cache of weapons, but in Borno, it’s argued that small arms are not difficult to find.

Well, at this point, you might be wondering where I’m really heading. This is where I’m going; that history has not been seen as an important field to be made compulsory doesn’t really mean some of us are uninformed. A non-bias look into Boko Haram’s history as summarised above will reveal that the major factors that gave birth to this blood sucking sect include poverty, illiteracy, bad governance, brute force policing approach, corruption and greediness on the part of politicians. In no place has religion played a factor in this, but sadly, some news outlets paint it as religious thing, a major reason people that went to a badly financed and poorly structured schools thought they have all the needed evidences to tag my religion a terrorist supporting one and called on me to defend such. Well, if we don’t have anything to discuss about, it apparently better to shut up and remain silent. Rather than calling on government to address those fundamental factors that gave birth to Boko Haram and still have likelihood of giving birth to something bigger, we want to turn it to a religious thing, I know it’s Nigerian to trade blame, but we should have learnt to address issues considering what we’ve seen. God Bless Nigeria!