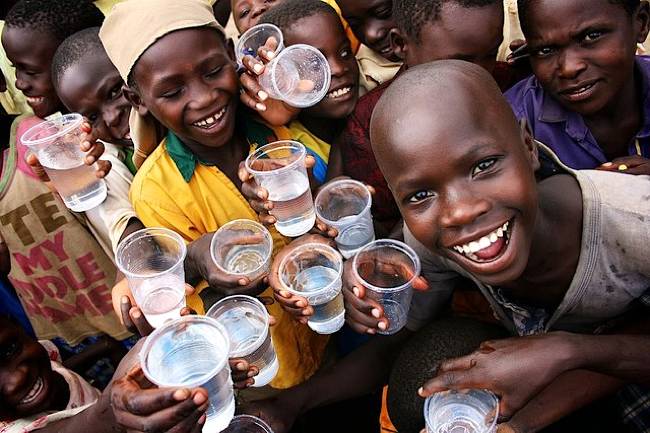 Time and again, successive Kaduna State administrations have blatantly failed at meeting the one persistent yearning of the people of Zaria city to provide safe, drinkable tap water. The demand for this need has most often been met with mediocre action and despite their best efforts, the PDP administrations of both Namadi Sambo and Ramalan Yero still fell short of fulfilling this basic need.

Now thanks to current Governor Nasir Ahmad El-Rufai and his commitment to guaranteeing the basic right of easy access to clean water, Kaduna State will witness a massive unveiling in July 2017 when the 150 million litres per day Water treatment plant in Zaria becomes operational. Water from the plant will flow through the taps of at least 2.2 million homes in 28 communities across 8 local Government Areas in Kaduna State.

The 150 million litres per day water treatment plant is only one of three components that constitute the Zaria Regional Water Supply and Expansion Project started in 1999 by the Kaduna State Government with the support of the Federal Government of Nigeria (FGN). The project was stalled in 2007 when the FGN implemented its Water Exit Programme which mandated it to transfer all water projects to beneficiary states and withdraw all funding.

Most other governments would have let this project stall or abandon it all together as is common all over Nigeria, after all revenues have only dwindled since the inception of this administration and the FGN had withdrawn its support, but no, that did not deter a government committed to delivering on this all important front.

El-Rufai and his team negotiated a smart deal with the contractors consisting of monthly staggered payments of N300m until all liabilities of N3.6bn owed by previous administrations on the project were cleared. N24.6 billion has so far been invested by the Kaduna State Government on realizing the decades long vision of bringing water to the people of Zaria City and its environs.

With a loan of $81 million obtained from the Islamic Development Bank (IsDB), the Kaduna State Government will construct 73km transmission mains, 10 service reservoirs and 2 booster stations. All these are part of efforts to ensure that end users have safe drinking water, are economically advantaged and have access to water sources for improved sanitation.

The third component of the Zaria Water Supply and Expansion project is funded by a loan of $101 million received from the African Development Bank (ADB). The loan will be spent on the rehabilitation and expansion of existing distribution networks and sanitation facilities in Zaria as well as creating water access to previously unreached localities across these 8 Local Government Areas.

Already, a 186.1million cubic meter (MCM) multi-purpose Dam has been constructed in Galma, Kuzuntu to serve as a raw water intake for the treatment plant.

El-Rufai knows that Kaduna’s water crisis requires bold solutions which is why he made true on his commitment to complete the Zaria Water Supply and Expansion Project. He also knows that a sure way to deliver on his commitment while meeting the basic needs of the people is to progress into a holistic solution by implementing even smaller, low cost, community based solutions alongside the development and implementation of high cost solutions.

Prior to 2015, the Kaduna State agency responsible for adequate water supply to the rural areas, Rural Water Supply and Sanitation Agency (RUWASA) was largely docile and underfunded. Presently, it has begun to engage community members in water supply and sanitation and has so far provided about 325 hand water pumps to various communities in the State as well as deploying ventilated and improved latrines to markets, primary health care facilities and schools.  One of its most proactive solutions is the provision of solar powered boreholes, this ensures that there are no power disruptions in the water supply process.

The understanding in community involvement is that in trusting local communities themselves to come up with local solutions, be part of managing and implementing the very same solutions, we guarantee that they have a say in dictating their living standards.

If communities are in charge of their irrigation and farming, they decide how much food security exists; because there is pipe borne water, school children who would have spent time gathering water can free up valuable time for schooling, learning and other productive activities, and families, because they control their water sources, they are guaranteed the right to proper sanitation.

El-Rufai knows the pivotal role access to safe water has on interrupting or wholly breaking the cycle of poverty, this is why early in his administration he designated completing this project priority and this is a great investment for long term success.

Water for Zaria: Improving Healthcare and Agriculture – By Abdulhassan Rabiu