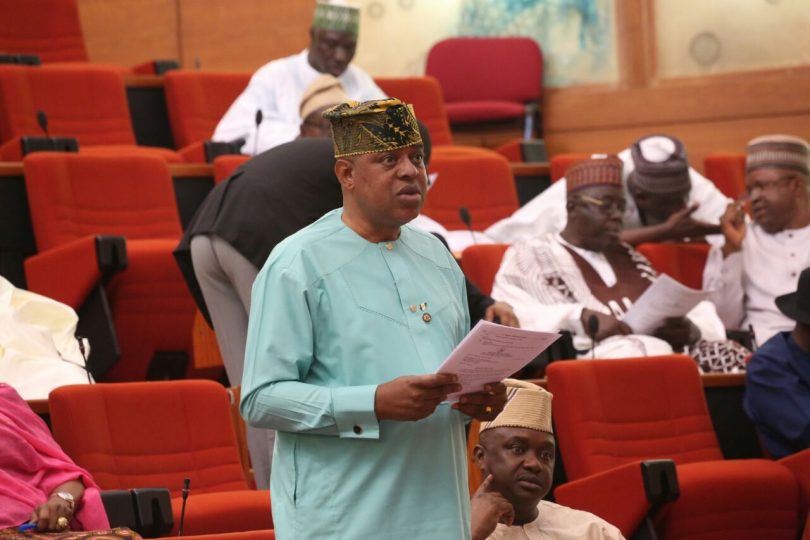 The Senator representing Lagos East Senatorial District in the National Assembly, Senator Gbenga Ashafa on Tuesday, 16th May 2017 vehemently urged his colleagues to ensure that the National Assembly passes the loan request from executive arm with which to fund the Lagos to Kano and Calabar to Lagos Standard Gauge Rail Projects.

The Senator made the call while contributing to a motion sponsored by Senator Eyinnaya Abaribe (Abia South) on the “Outright Omission of the Eastern Corridor Rail line in the request for approval of Federal Government 2016 to 2018 External Borrowing Plan.

You would recall that on the 26th of April 2017, the Federal Government laid before the National Assembly a request seeking an approval for a loan of $5,851 Billion from China Exim Bank to execute the Modernisation of Lagos to Kano, Kano to Kaduna, Lagos to Ibadan and Lagos to Calabar rail segment. 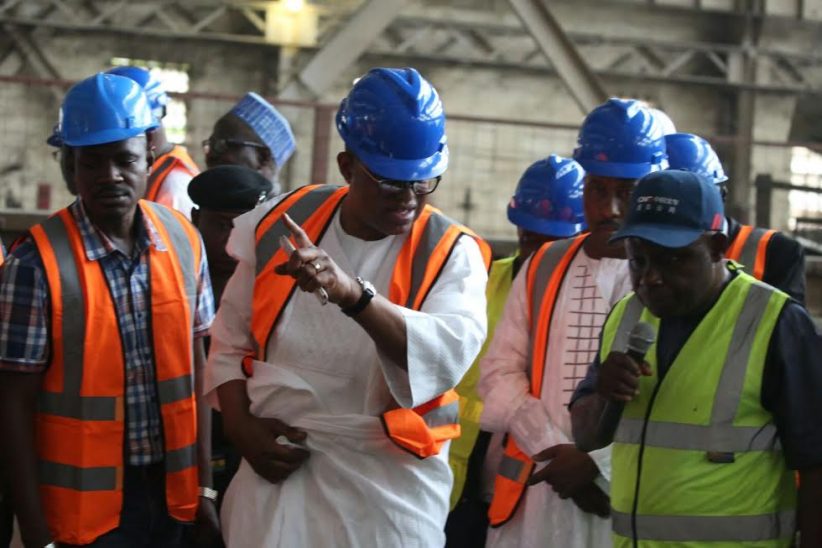 Senator Abaribe had observed with dismay that the segments for which the Federal Government sought the loans covered only a section of the country while the South Eastern to North Eastern parts of the rail line had been completely excluded. The senator therefore urged the Senate to Suspend consideration of the loan request of any guise until the correction of this apparent oversight of the eastern parts of the country and invite the Minister of Transport to appear and explain the reason for the oversight of the east.

While contributing to the motion, Ashafa who is also the Chairman of the Senate Committee on Land Transport stated his support for all the Geo Political Zones to benefit from the Governments Rail Infrastructure programs. Speaking further, the Senator however urged his colleagues not to throw away the baby with the bathwater by suspending the consideration of the loan request on the grounds canvassed in the motion. He stated that the Lagos to Kano and Calabar to Lagos Standard Gauge Projects would cut across the entire country with all Geo Political Zones including the South East benefitting immensely from the project.

Ashafa stated that “for instance, the Calabar to Lagos Coastal Rail would pass through: Obudu Cattle Ranch-Calabar-Uyo-Aba-PH- Yenagoa-Otuoke-Yenagoa-Ughelli-Sapele-Benin-Agbor-Asaba-Onitsha-Benin-Ijebu Ode- Ore-Sagamu-Lagos Seaports; and the Lagos-Kano: Lagos-Ibadan-Ilorin-Minna-Kaduna-Kano.” Hence it can be seen that the project touches at least Two Major States in the South East being Anambra (Onitsha) and Abia State (Aba) respectively.

On his part, Senate President Dr. Abubakar Bukola Saraki stated that the leadership of the National Assembly had already met with the Presidency on the issue and that they had received assurances that all parts of the country would benefit from the standard gauge rail modernisation project of the Federal Government.

In conclusion, Senator Abaribe withdrew the first prayer of the motion urging the Senate to suspend consideration of the loan request until the correction of the oversight of the eastern parts of the country. While the Second prayer on the motion paper seeking to invite the Minister of Transport to appear before the relevant committee of the senate in order to clear the air was passed.