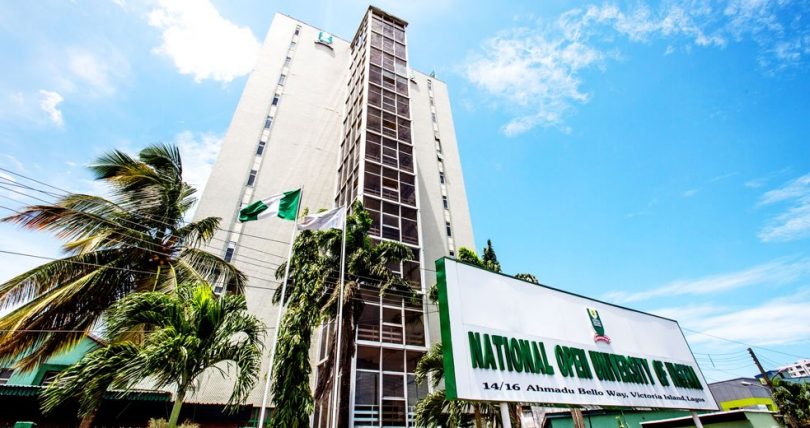 The National Open University of Nigeria was established in 2002 with the vision of catering to a section of the populace desirous of tertiary education outside of the confines of the regular university system. Since its establishment, NOUN has served tens of thousands of students in different locations, contributing in no small measure to the human capacity development of the country. That vision and continuity of NOUN’s contribution to national development is now under serious threat, constituted by the man you have entrusted the leadership of this prestigious institution.

Mr President, before you appointed Professor Adamu as the Vice Chancellor of NOUN, the institution in furtherance of its mandate as the flagship tertiary institution for Open and Distance Learning in Nigeria utilized a harmonized Learning Management Portal called iLEARN that allows for online instructional delivery through the combination of audio, video and text mediums.

Since its adoption, the iLEARN technology has proved to be a mainframe ICT component in the operations of NOUN, facilitating seamless connections between the teaching staff and students. The iLEARN Project for example catered to the prison in-mates particularly the Kiri-Kiri Maximum prison in-mates ensuring that they locally have access to study materials, audio-visual resources, and past questions, and updating same, monthly as updated on the iLEARN portal. This intervention no longer exists as the VC has pulled the plugged on this portal, throwing the institution in a digital darkness.

Graduating students of NOUN had always enjoyed the benefits of carrying out their clearance virtually through a customized platform developed for the school by iLearn to aid the clearance process. As it is, graduants of the just concluded convocation had to travel from their respective destinations to the headquarters of the University in Abuja. This task has not only become tedious and time consuming, some of the graduating students have not been cleared even though they presented themselves for clearance. This is due to their inability to download their receipts from the previous portal and the institution has not made it any easier by providing alternatives. Hence, the students have graduated but cannot collect their certificates.

Exams and Exam registration could not be conducted in most part of the country due to the lack of portal, while the institution has recorded a failed attempt to use the manual registration and Paper exam to replace the e-exam.

Amidst these trending issues raising an eyebrow from both staff and students of the institution, it was gathered that the school academic calendar has been disrupted owing to student’s inability to utilize the non-functioning portals that were used to replace the existing optimally functioning ones. Based on this development, students have been deprived from the seamless mode of doing their; registration, TMAS and Assessing Results owing to the changes made by the school administration.

Payment of tuition fees has not gotten better as majority of students expressed dissatisfaction over the challenges they are encountering in making payment which is still yet to be fixed as at the time of compiling this report. Among issues gathered is the unavailability of internet services at the school study centres prompting staff to incur data expense from their pockets for official assignments.

While making an inquiry into issues surmounting the institution, facilitators also bemoaned the school administration for relocating them to a work station that is not well equipped even while different construction works were still ongoing at the different offices, thus stalling their official activities for a length of time when relocation was made. It was also flagged that there is a poor communication flow between students and the school leadership as they are left out of the picture when carrying out certain changes in the institution thereby leaving students in the dark in respect to issues that directly involves them.

Since the VC’s assumption in office, there have also been several controversies with the mode of administration in terms of recruitment. It was gathered that there are different unpublicized recruitment going on in the institution to absorb the “who knows who” set of staff while jeopardizing merit. In a related concern, certain officers were also demoted to satisfy the preference of the VC in the move to empower his allies. The issue of tribalism is also taking a firm stance in the institution as there are more Hausa appointees coming on board in the institution.

Another major issue that cannot be easily frayed is the breach of contract with facilitators promised to be paid for instructional video recording and eventual non-payment of such allowances following the transition. The Administration of the VC did not only stop the payment of such allowances but also infringe on certain fringe benefits that are meant for facilitators as they no longer receive their annual rent allowance and these does not go well with the school staff as their welfare is affected.

Students of the institution have also taken to different social media channels to vent their anger on the different means by which they have been exploited by the institution. It was revealed that they pay for course materials which they don’t get regularly and which they are yet to get an explanation for.

Mr President, these and more are issues that require your urgent attention and intervention. We implore you to through the office of the Honourable Minister of Education wade into this crisis to save NOUN from the brink of collapse.

Saka Mahmood is an Abuja based social commentator, he tweets via @sakamahmood