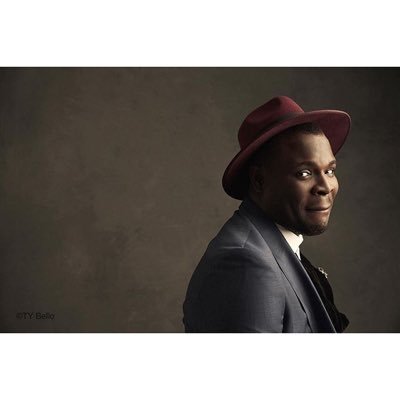 Power must always return to the hands of citizens. Governments should be afraid of their people. Citizens must hold the ace, and politicians must continue to listen to them.

This is the one way in which I am significantly different from a majority of people I know: I instead pay all my attention to the citizen.

Citizens have always fascinated me. Citizens, the more I have grown, as a professional and a human being, have constantly been the centre of my attention, and today are the centre of my work in governance, faith, culture and business.

The infinite power, possibilities and validity of citizens and citizenship are what have driven much of my engagement with public life.

It is citizenship and its limitless opportunities that drove me to convene the #EnoughisEnough protests and to co-found Enough is Enough Nigeria. It is citizenship and its unending allure that drove me to support the spontaneous uprising of the #OccupyNigeria protests, even though my opinions were a bit more complicated than the popular consensus.

It is citizenship that made me excited, even though he wasn’t my preference, when Goodluck Jonathan, as an ethnic minority, won the presidential elections, and again in 2015 when Buhari, from a minority political party, did the same.

It has never been about the politician for me, except to the extent that politically successful candidates are an expression of the popular aspiration. It has always been about the citizen.

It is citizenship that drives the work of the organisation I founded and then stepped down from as executive director – The Future Project. Citizenship drives my passionate support and defence of the incredible #BringBackOurGirls movement. And it is citizenship that eventually led to the creation of our beautiful company, StateCraft Inc, for which we say its product is ‘people power’.

StateCraft was a – now-successful – experiment in how business imperatives can drive the building of a sustainable platform that can channel the popular will of citizens all through the cycle of elections, policy and governance.

Citizens excite me. Voters excite me. Elections, as the ultimate expression of the popular will and democratic ideal, excite me because they provide the definitive platform for people power.

That is why it really offends my core whenever people attack citizens, or dismiss them for exercising this crucial power, whichever way they deem fit.

I am an intense for-life fan of Hillary Clinton, rooting for her candidacy against Barack Obama in 2008, and deeply unhappy at Bernie Sanders for seeking to impede her move towards the presidency in 2016. I believe she would have been the best president Americans ever had, as the most prepared of candidates in recent history.

However, I completely understand why she lost that election.

She was a symbol of the establishment at a time when people had given up on the establishment, and she refused to bend her excellent political priorities to engage with that primal demand. People wanted change, but in answer to that she insisted on language and action that indicated more of the same.

In addition to my other favourite leader in the world, Barack Obama, they fundamentally misread the mood of the voter (it was a terrible, arrogant mistake for him to say, in a republic, that he would consider it a “personal insult” if Clinton lost), or perhaps unconsciously dismissed their concerns in the way that well-intentioned politicians who have nonetheless spent too much time in the insular cabins of elite circles, are wont to do, believing – perhaps rightly, perhaps wrongly – that they know better.

Elitle bubbles are both powerful aphrodisiacs, and powerful sedatives.

These two, like many other public leaders today, forgot that they might know better, but they owed the citizens the need to explain, and to persuade.

They missed the most important citizen demand of their time and so, despite how painful it is for me to admit this; they deserved to be punished by citizens.

Because the citizen is always right.

I will explain what I mean by this revolutionary idea that has been the core of my mission for the past few years.

Because the politician’s world must revolve around the lives and will of the citizens, the citizen is always right.

That is the reason, despite my feelings about Donald Trump or the United Kingdom’s ‘Leave’ decision, I am resolute that the citizens were justified in taking a decision that gave the middle finger to the political establishments in those countries.

Many political establishments have become insular and entitled, deciding to meet their own needs, and align with their own stubborn consensus, rather than continue to humbly listen to and engage with the desires and demands of the electorate. There is no scenario under which that ends well for the citizen.

In those cases, it is completely valid and useful in the long term for citizens to stop the game of musical chairs, and to deliver a red card to that establishment. It’s a reminder as to who holds the power in this relationship and a powerful incentive for behaviour modification.

If the politicians want the citizens to behave differently, then they should first behave themselves.


Citizens must reserve the right to punish people or systems that disappoint them. The lack of better options cannot take away that imperative. Because keeping the entire political establishment on its toes can be more important than the short-term benefits of a particular candidate.

They should also learn and re-learn how to connect with, convince and convert citizens to their side of the argument. Yes, voters often fall victim to prejudice and propaganda, but the onus lies on politicians to sell themselves and their ideas. Where they fail to do so and citizens take the actions that make the best sense to them, no one should blame the citizens. Blame the people who sold the wrong product, or mis-sold the right product.

It is, of course, the same reason I was passionately against the Goodluck Jonathan administration in 2015, and find it almost impossible to regret voting for the Muhammadu Buhari/Yemi Osinbajo option, no matter how dissatisfied I am at the state of the nation today.

Because the citizen was very right.

Citizens must reserve the right to punish people or systems that disappoint them. The lack of better options cannot take away that imperative. Because keeping the entire political establishment on its toes can be more important than the short-term benefits of a particular candidate.

In the long term, for instance, it is infinitely important that the Democratic Party has now refocused on the working man and woman, and now must confront the valid concerns of families left behind by a voracious globalisation machine that doesn’t appear to possess empathy or inclusiveness.

Capitalism is failing the people that have invested their hopes and lives in it, and the custodians of the present political and economic system have a duty to make it right.

If the new person that is elected to correct the balance of power fails, that failure is on the person that failed, not the people that voted that person in. And they will have the opportunity to punish that person, and to keep making changes until they get it right. That is an inalienable right.

And that is why change candidates are winning and will continue to win across the world, from Nigeria to Ghana, from the United Kingdom to the United States. And why in the places where they have not yet turned things upside down, like say Germany or France (still up in the air), they will at least shake things up.

This is the reason I could never criticise any citizen-led movement or blame the voter. It is perhaps also the reason we have been able to find success in our election and policy consulting work at our group of companies, because we always esteem the citizen higher than ourselves. And even where we disagree with their wisdom, we submit to its superiority.

In a democracy, it is the job of the seller to sell and the buyer to buy.

Now of course, like any other system, there are dangers inherent in this.

It is entirely possible that the wind of change in the short term gives us bad political leaders, and sometimes rolls back crucial progress.

But, as I have said, it is a gift in the long term. Power must always return to the hands of citizens. Governments should be afraid of their people. Citizens must hold the ace, and politicians must continue to listen to them.

The citizen is always right. The citizen has always been right. As long as democracy endures, the citizen will always be right.

There is no more beautiful sentiment in a democracy than this one.

Chude Jideonwo is co-founder and managing partner of RED.

Office of the Citizen (OOTC) is Jideonwo’s latest essay series.