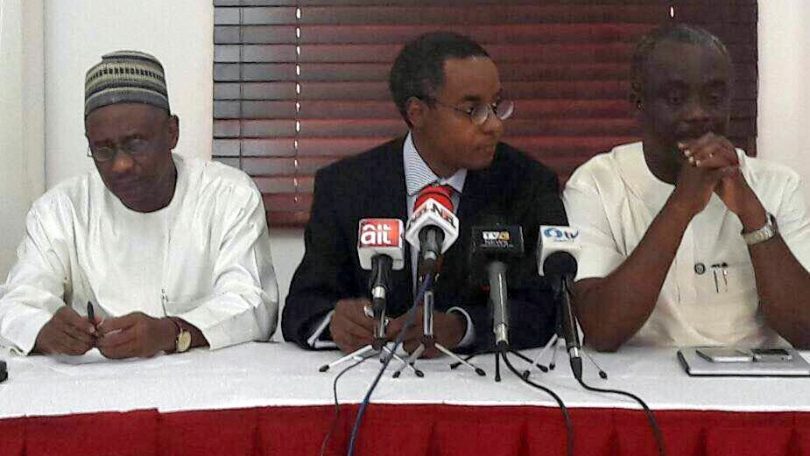 The Director General of the National Agency for the Control of AIDS, NACA, Sani Aliyu, has called for the integration of HIV treatment into the Health Insurance Scheme.

This, he said, will help increase the number of people that will be placed on treatment.

Mr. Aliyu who spoke at the stakeholders meeting on integrating comprehensive HIV/AIDs services into health insurance in Abuja on Thursday, said that the agency has realized that health insurance, especially community health insurance could be a mechanism that would allow more people to be placed on treatment.

“This would also allow the state governments to contribute as well because we know the budgets are limited, the priorities are great, the needs of our people are great and HIV is only one component of the health sector”, he said

Mr. Aliyu who stated that the cost of treating HIV has restricted so many people from receiving treatment, said including HIV treatment in the scheme would protect patients from hardship.

He said, “There is a need for a scheme that allows you to fund the supply of drugs for People Living With HIV/AIDS.

“For now, it costs about 50,000 to put one HIV patient on treatment. If HIV treatment can be integrated into the health insurance scheme, all an individual will need for treatment of HIV/Aids +TB care is N1700.

He therefore called on the government and NHIS to not only include HIV testing as part of the scheme but also integrate HIV treatment into the scheme.

“Our patients with HIV need to be on treatment for life, so we need a long-term solution, not short term”, the NACA boss said.

In his response, the Executive Secretary of the National Health Insurance Scheme, NHIS, Usman Yusuf, said that the agency has agreed to work closely with all health agencies, including NACA.

Mr. Yusuf said all the heads of health agencies in the country were working together to make a difference.

“We are working together to ensure qualitative health for the people. Therefore, we will continue to talk to ensure this comes into existence”, he said

He, however, urged individuals to contribute more to the health of others, as the government has done a lot.

“It is shameful we still depend on foreign donors. Government has done a lot, we need to start doing so much for ourselves

“If there’s a large pool of individuals who contribute to fund healthcare, then there will be coverage of gaps” Mr. Yusuf said.

In his goodwill message, the executive secretary of Civil Society For HIV/Aids in Nigeria, Walter Ujwuocha, said that the group would continue to mount pressure to ensure that the right things were done for people living with HIV/Aids in the country.

With over three million, Nigeria has the second highest number of people living with HIV/AIDS in the world.