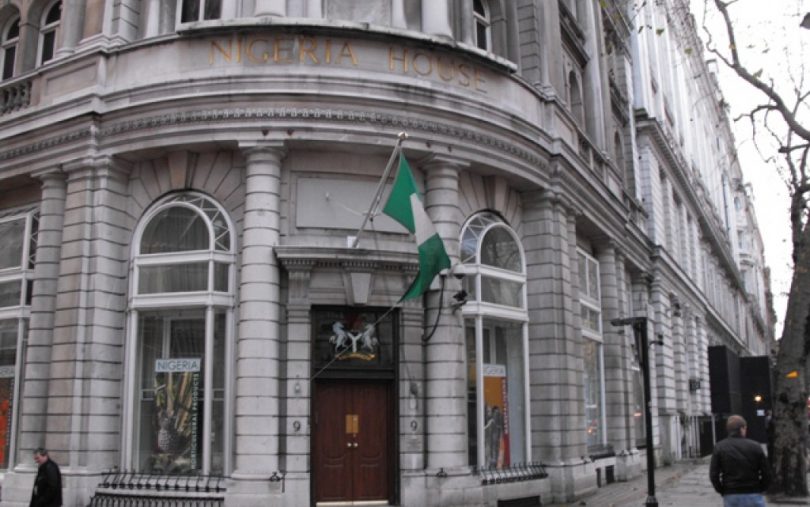 I’ve never really thought much about the way I talk. Probably because I’ve always been more concerned with what I’m saying as opposed to how I’m saying it.

That was until I moved to Nigeria and introduced to the phenomenon I will call, ‘accent privilege;’ where the way you say things, or to be more specific, the accent in which you say things, carries weight.

Thanks to globalization, the influx of people ‘moving back’ and Lagos’ position in the world of business, hearing a non-Nigerian accent in these parts isn’t anything out of the ordinary. The sound of foreign accents can be heard almost everywhere in the city: malls, markets, on the TV and radio, but despite this, there’s a marked difference in the perception and treatment of people with foreign accents.

When I first moved here I found it confusing. The way I spoke, with my bog-standard London accent, suddenly had ramifications. Some people were nicer to me because of it, others just couldn’t understand me. There were some that would get angry about it, asking me to ‘speak properly’ or ‘tone it down’ seeming genuinely irritated at the fact that I didn’t have a Nigerian accent. Stranger still were the people who upon hearing my accent would attempt their own version of it, as though I were incapable of understanding English any other way.

I never really understood why anyone would put on an accent unless they were doing so for a film role or a joke.  I always wondered what the big deal was, why does an accent seem to matter to the point where people would actually start faking one? It didn’t make any sense to me, until I started thinking about privilege.

I recently had a conversation with some colleagues about it and one was adamant about how accents play a big role in Nigeria: from job opportunities to social capital. I find it slightly mortifying to think that someone could be hired solely on the basis of having an accent as opposed to any real skill, but she assured me that it happens. She went on to say that sometimes people feel as though they have no choice but to put on a fake accent because having one ‘makes a difference.’ And she’s right.

Having a particular accent or speaking English in a different dialect leads to numerous assumptions about education, class, intelligence and status. Those with ‘desirable’ accents or dialects are afforded privilege, those with ‘undesirable’ accents are either negatively stereotyped or at times discriminated against. And this isn’t just restricted to Nigeria.

In the UK, a 2015 study by the University of South Wales studied the relationship between perceived intelligence and dialect and found that the Birmingham accent was rated so negatively, it ranked lower than staying completely silent. In comparison those who spoke the Queen’s English were perceived to have higher IQ. In the US, a 2012 study in Illinois revealed that children started equating accents with intelligence as early as five years old, with Northerners being considered ‘smart’ and Southerners ‘nice.’ Perceptions about accents, both negative and positive, cuts across countries too.

What’s interesting (and strange) about the Nigerian context is that the so-called ‘desirable’ accents are distinctly un-Nigerian. They’re not representative of a particular state or region in Nigeria, but instead belong to a group of people, millions of miles away. I’ve heard stories about parents who refuse to teach their children their native languages because they’re afraid it will ‘spoil’ their English. They send their children to particular kinds of schools and only allow them to have particular kinds of friends so they grow up speaking a particular way.

At times, Nigerian dialects are relegated, with speakers being accused of ‘being local’ or ‘bush.’ This isn’t happening abroad, it’s happening in Nigeria and it’s being done by Nigerians. Noble Igwe and Paul Okoye of Psquare, have both come out to defend their Igbo accents in the face of people criticising them about it, which is almost as sad as it is ridiculous. What does this say about Nigeria, when Nigerians are being criticized and teased for sounding Nigerian? How else are they supposed to sound? Why should they sound any other way? Who suddenly decided that the Nigerian accent was ‘wrong’ or somehow ‘less’ and why? Why does this myth have wings?

It’s just another example that illustrates the height of Nigeria’s love and obsession with all things foreign. Everything, even something as basic as an accent, is better if it’s not Nigerian. It’s worrying what that kind of thinking says about the country and it’s yet another indicator of how much Nigeria needs to define and carve out a strong identity of its own, rather than simply adopting and importing what everyone else has and trying (in some cases very badly) to make it fit. I look forward to the day accent privilege wanes and what people say has more weight than the way they say it; but looking at the way things are, I won’t hold my breath.