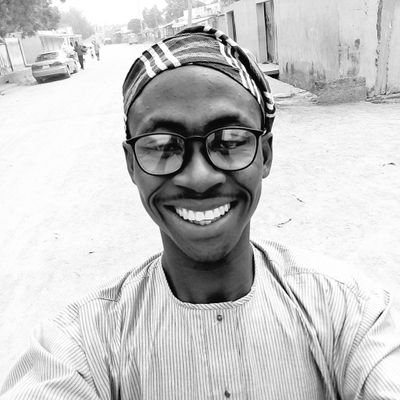 There are people that once you meet, you will never forget or regret doing so. That is the case with Jabir Hamza and many others that without NYSC we may never have crossed paths at all.

I started my one-year National Service in April 2016. Before we finally went for the 16-day orientation camp, we had delays. There was a time all of us prospective corps members had chosen our choice states and have been deployed to one of them. I had chosen Edo, Kano, Ogun and one other I cannot remember now. I wanted to serve in the northern part of the country. All my life, I had lived in the southwest. I wanted to try a new environment. It actually surprises me when someone who has spent most of their life at one part of the country still want to find a way to take their service year at the same part, without any tenable reason. So when the deployment came and I saw Ogun, it was a sort of disappointment. But I took it as fate. For some reasons, however, this deployment would change later. You could imagine how happy I was that night to see that I had been deployed to the north. I didn’t pay anybody to change the state for me: It was just there in front of me – Kano. Although parents and other relatives had concerns, but this is what is to be. And that was how the 365-day journey began.

After the orientation camp, I remember on that Friday in May that I had nowhere to settle and pass the night after I had reported to my local government. It was getting dark and I knew no one at that time in Kano. So I dialled a number: one of the friends I had met at the orientation camp. Jabir was very helpful as he invited me to join him at one of his extended family’s house where he had also decided to stay till he settled with his Place of Primary Assignment. This was where I stayed for well over a month and ate day and night without any fear or reproach from my host. I was treated to hot and nice Tuwon Shinkafa which I enjoyed.

During my stay in Kano, I met people of different ideology and ethnicity, from different places across the nation. It was really a great experience. Meeting new people, going new places and having a feel of what another culture is like every day was really exhilarating. Like I tell people who are of the opinion that NYSC is a waste of time, the service year is whatever one makes of it. You can decide to ‘just be yourself’ and not embrace the cultural diversity that makes Nigeria. It’s one’s choice to remain sullen and hostile throughout the service year. But that will not be good. Meet and appreciate people and do all your best to change lives and the community you are posted. NYSC is that necessary break from all the stress of school. I cannot imagine starting another degree without any space or break at all after the stress of final year and the years before it. It is a time to clear the head, assess many opportunities before one, prepare and apply for scholarships and graduate school, do something for the nation and make some of the important decisions in life.

One of the points those who advocate that NYSC should be scrapped also raise is that corps members die preventable death annually. While this is a sad occurrence (and my heart goes out to families who have lost their loved ones to NYSC: It is not easy to send your child to school and lose them just when they are about to start enjoying the fruit of education), totally scrapping the scheme is not the solution. It is better to call for a serious restructuring of the scheme so that it can achieve its founding aims. For example, the bureaucracy involved in seeking permission to travel should be removed. If corps members are assured that they will be granted access to embark on their journey without waiting for so long, there will be no point bypassing the due process. Also, the scheme should really look into the assignments given to corps members. Many of those posted to MDAs really do nothing throughout their service year. The same goes to posting people to where they will gain the least of experience – for example, posting an engineer to teach in a school. The one-year period – in my opinion – should also offer the graduate some industrial experience that will be relevant in the years after. The MDAs and other employers of corps members need to engage the corps members in relevant activities.

The camp exercise should also be reviewed for better performance. Those who have specific and genuine medical issues should be asked to submit their proof online. These should be acted on and verified before the start of the camp, so that they can be exempted from the demanding camp activities or excused from the orientation camp totally. It is sad to note that when during my orientation camp at Kusalla Dam, Karaye, I got a little sick and went to complain at the clinic, they didn’t have an anti-malaria pill for me. Anti-malaria pill. I had to get this from the Mami market with my own money. Didn’t the officials plan for any unforeseen? I always try to make sense of why also during registration for deployment, prospective corps members are asked to provide the sizes of their shoes and other kits. One finds that when this is being issued in the camp, there is no use of the information earlier provided. You have to look for someone who has your sizes and has a need to exchange with you. This administrative shortcoming has to be reviewed. Worthy of note also is the allowance given to corps members. Looking at the current economic realities in the country, N19800 is no more sustainable. The allowance should be increased. It hardly survives one beyond the middle of a month. Also if corps members would ever have to be used for electoral activities, maximum security of their lives must be ensured. There must be provision of full security agents at such polling boots. It is always sore to hear that corps members are caught in the middle of political clashes. Political, traditional and religious leaders also have a part to play in ensuring that corps members are accepted well to the communities they are posted to avoid the unfortunate occurrences that sometimes happen to serving corps members.

National Youth Service Corps scheme is a necessary exercise, especially when we have still not fully achieved cultural integration across our different ethnic divides. It is important that the current and incoming corps members seek to know how those who performed the exercise ten or twenty years ago still remember the events with great ecstasy and never regret the one-year exercise. We must find out how they did it that where they came from or which God they served never mattered. It thrills me to hear their stories. Barring the afore-stated challenges and others, NYSC may not be where it is supposed to be, it is not a waste of time.

Toyib Aremu is a graduate of the University of Ibadan. He tweets at @aremuoropo and can also be reached by email on aremutoyib@gmail.com