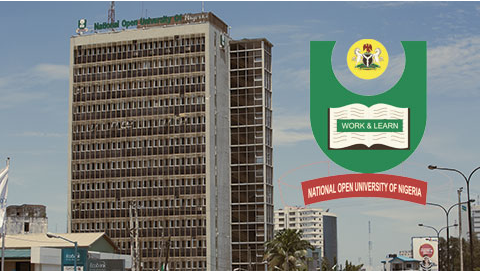 A ubiquitous trend in all human species and societies is a constant desire for change – change from bad to good, and good to better. It is a desire that has fuelled decades of development and propelled advancements in science, medicine, technology, arts etc. Change however is not always progressive. There exists the propensity for change from good to bad due to leadership challenges. And it breaks the heart that the change currently being experienced at the National Open University of Nigeria (NOUN) is one that threatens to undo years of progressive developments at the institution.

The federal government in February 2016 rejigged the leadership of the nation’s flagship open and distance learning institution by appointing Professor Abdalla Uba Adamu as Vice Chancellor, taking over from Professor Vincent Ado Tenebe. This was immediately challenged by a civil society organization, alleging that the move ran contrary to the National Open University Act (2004), which mandates the federal government to consult with the University Council before removing or appointing a Vice Chancellor.

The National Open University of Nigeria, NOUN, was established formally in 2002 as the flagship tertiary institution for Open and Distance Learning in Nigeria. Since its establishment, the institution has engaged the services of NOUN iLEARN, a harmonized Learning Management Portal that allows for online instructional delivery through the combination of audio, video and text mediums.

Without the iLEARN platform, the relationship and synergy that exists between the students and the knowledge bank as provided by the university management through the lecturers is shattered. And this transcends academics. Other aspects of the university operations made possible through the iLEARN technology are condemned to stone age realities. Unfortunately, this is what currently obtains at NOUN as decisions taken by the VC have plunged the school into an operational chaos that is having devastating impact on the students.

The iLEARN platform serves as the digital soul for the smooth running of an ICT-compliant National Open University. Without it, students are subjected to long trips to and from the school to physically do things that should be done remotely. The workload of support staff and admin officers are tripled as they have to attend to long queues and manually fill forms and file papers. Removal of the iLEARN platform basically strips NOUN of all its ICT components and that is what the leadership of Professor Abdalla Adamu has done.

Apart from operations, iLEARN provides NOUN students with dedicated support lines and staff who answer student’s questions on all matters of interest from admission to graduation. The service sensure students can reach to the school via multiple social and digital media platforms like Facebook, Twitter, WhatsApp, BBM, blogs all coordinated and linked to a dedicated call center with 5 personnel per time. Before the questionable decision to stop the service, students called in from all part of the world to make enquiries on NOUN through iLEARN. Now students must visit the institution to make enquiries. Without the synergy and connectivity that iLEARN provides, students no longer have valuable and immediate feedback on issues affecting them and the management is left winking in the dark as well.

It gets even worse.

Professor Abdalla’s insistence of doing things his own way even when all available metrics point to better solutions has left NOUN with a broken student-tutor interaction system. Due to the VC’s decision to strip the school of ICT framework provided by the iLEARN platform, students now rely more on self-learning and have been cut out of interacting with tutors where they could ask questions and get guidance on studies. Currently, there are no engagements or interactions of any sort between students and tutors. In the bid to help themselves, they must constantly source for tutors to tutor them face to face – which is against the vision and spirit behind the establishment of the institution.

It doesn’t end there.

In the catalogue of retrogressive taken the current VC to undo 15 years of development at NOUN is the decentralization of the university portal. Before now, nou.edu.ng served as NOUN’s only website and a centralized portal that guided students’ and visitors alike for correct information while providing the school the benefit of being well placed according to webometrics ranking.

This has since changed under the new VC. NOUN now operates multiple websites with portals that have barely worked for 48 hours, leaving students stranded at different stages of their payment and registration processes. This has also opened students and the institution to security challenges as sensitive information are entered into different websites in a world of cyber and information attacks. The cost of operating multiple websites also raises the question of whether the VC’s decision makes any economic sense.

These and more are what students of the National Open University are currently dealing with. Learning has been made cumbersome, and even basic processes such as payment of fees, registration and taking exams have become so stressful that a lot of students have been demoralized and frustrated.

Things may yet get worse if the current trend is not checked. A fully functional and operational NOUN is in the best interest of Nigeria’s human capital development. As such the relevant authorities must come to the aid of the labouring students of the school by compelling the VC to reverse the damaging policies so instituted.