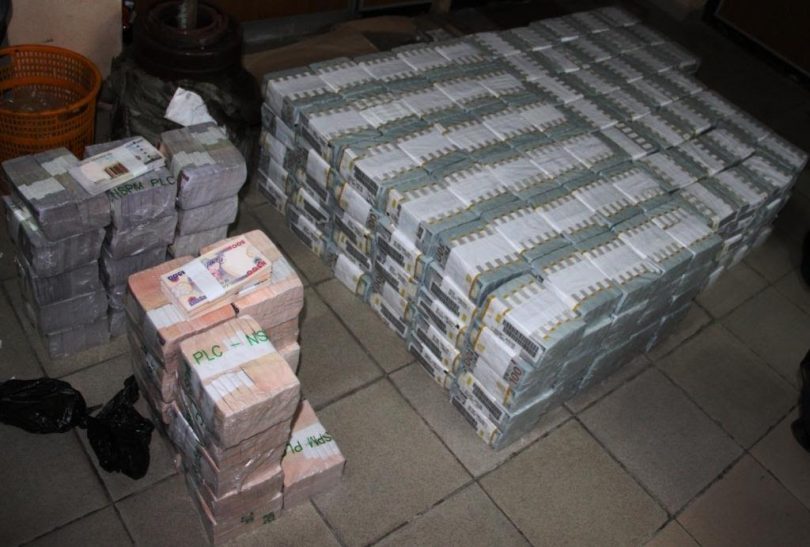 Seriously, I don’t understand the controversy that trailed the discovery of some of the money being “discovered” by the EFCC as a result of their whistle blowing strategy. There is no need for any controversy. This money belongs to me…and YOU! It’s our money! What we need to know is who stole it and hid it? And this brings me to one fundamental truth about this anti-corruption campaign that many of us do not understand. I get sick when I hear or read about “Buhari”s anti-corruption fight”. What makes it Buhari’s anti-corruption fight? If money has been stolen, is it Buhari’s money? And if looted or questionably acquired money is recovered, is it going into Buhari’s personal current account? So why is it “Buhari’s anti-corruption fight”? I think a weak point in the government’s strategy is the failure to get the buy-in of the majority of Nigerians in this campaign. Many of us simply do not understand that this money being talked about is actually our money.

It is a danger to our democracy that majority of our people are docile and submissive. They have simply given up on this country and adopted a “helpless we against almighty them” attitude. They see government as “them”. And if any amount of money is described as government money, many of us see such money as ‘their money’. The politicians like this mindset because it works for their evil intentions. That is why we haven’t seen any prominent politician telling us “Look, this money we are fighting to recover is your money! You must join this fight to chase corruption out of our country!” Rather, what we have witnessed is a situation in which those who are guilty of stealing from the national purse, and obviously awash with cash are buying sections of the media and using online channels to campaign against the anti-corruption fight.

On this score, I think Uncle Lai Mohammed and his team must launch a campaign that makes all Nigerians understand that this money belongs to us. So the anti-corruption fight must involve all of us. I don’t know of anyone who would see a thief take his money and praise him instead of stoning him. But this is what is happening with our corrupt politicians and public office holders. Many of them go into public office to enrich themselves. And when they do, many of us sing their praises instead of tying them to the stake! I have seen many silly messages being broadcast online about how this government is harping on corruption of the past to hide corruption of the present. I find this argument preposterous! If this government is corrupt, then we only need to wait for the next government to come and expose them. But in the meantime, whatever this government is doing to catch past looters must enjoy our full support. We must also be mindful of the fact that those on the run with our money also have a share of the media space and they are running their propaganda, trying to discredit this government.

In an interview on Channels Television, Chief Mike Ozekhome, SAN, said the way this government is going about the anti-corruption fight is hurting the image of the country. I find this laughable. Is it the person fighting corruption who hurts the image of this country, or the corrupt? It perplexes me how in this country we are very good at making the good person look like the villain. Oftentimes, the person trying to do the right thing finds himself walking alone like a lunatic. We have debased our community to such a level that the anomaly has become the norm and whoever does the normal thing is made to feel like an asylum escapee. If you go into public office and refuse to steal, people will say you’re stupid. Anywhere you try to follow the rules, others make you feel like a moron. Stop at a red light and the real morons are honking behind you! We are in such a state of lawlessness sometimes I feel we are better off under a military regime, where looters of the public treasury are sentenced to death by the firing squad.

Apart from the obvious damage graft is doing to our development as a nation, the image of our country as one of the most corrupt in the world is killing us slowly. Those of us in the private sector are familiar with the difficulties of trying to do business with foreigners. This bad national reputation cuts right through the threads of trust that weave businesses together and engender mutual success. It is not even possible to calculate how much we lose as a result of our corruption ranking. With the explosion of digital media, reputation management has become a lot more difficult. Any piece of bad news easily goes viral and, like a broken egg, is beyond recovery.

Which makes it ever more compelling that we get our image right by doing the right things and doing things the right way. We must stop perceiving corruption as something that only happens in government and must be dealt with by government. We must take collective ownership of our commonwealth and support whatever effort is being made to recover stolen money. After all, it is our money.

Every month I sign the tax checks, I do so with faith and trust, believing that the money will be put to good use towards improving my quality of life. But more often than not, that trust is broken and the hoodlums that perpetrate such acts of betrayal of the public trust are allowed to go free. Worse still, many of them are celebrated and given national honours. This is heart breaking. It has to stop. And if this anti-corruption fight will not stop it, at least, it’s a start. It is our fight simply because it is our money. And to those who call it Buhari’s anti-corruption fight, I say to them: you’re a part of the problem.

• Muyiwa Kayode is the CEO at USP Brand Management and Author, The Seven Dimensions of Branding.