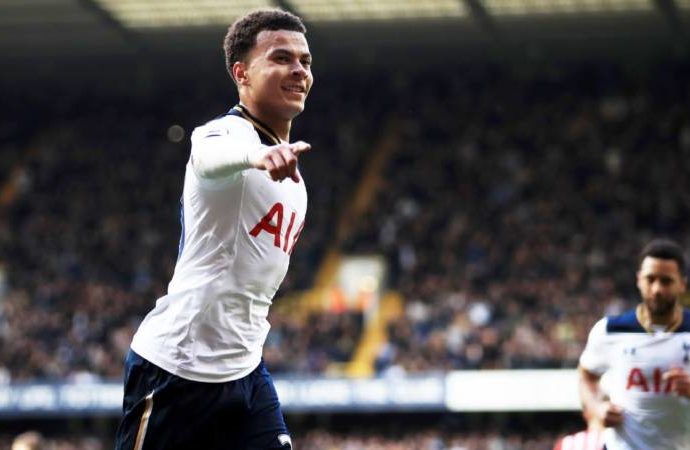 Former Liverpool chief executive officer Ian Ayre says the club did not complete the signing of Dele Alli as a teenager because they felt he was not worth the fee MK Dons were seeking.

Alli grew up as a Liverpool fan and met with then-manager Brendan Rodgers ahead of a potential transfer.

However, Liverpool and MK Dons could not agree a deal and the 18-year-old eventually completed a £5 million transfer to Tottenham Hotspur in February 2015.

“There was interest in the player, but where it got to was that the demands at that time were not fitting to what he had achieved at that point,” Ayre said at a lecture in Liverpool on Wednesday.

“We didn’t feel the player matched that demand. It’s easy to sit and say: ‘Look what you could have bought,’ but how many players could you apply the reverse of that to? That’s the truth.”

Liverpool have since rued missing out on Alli, who has thrived under Mauricio Pochettino at White Hart Lane and been named the PFA Young Player of the Year for the past two seasons.

Meanwhile, Ayre also discussed Liverpool’s summer of 2014, where Luis Suarez was drawing interest from Barcelona, with the Reds targeting their forward Alexis Sanchez.

Suarez moved to the Nou Camp in a £75m deal despite biting Giorgio Chiellini at the World Cup, while Sanchez ended up moving to Arsenal.

“The hardest [transfer] has to be Suarez,” Ayre said. “Because A) nobody wanted him to leave. And B) halfway through the process he bit somebody at the World Cup!

“I remember the sporting director of Barcelona calling me during that game, immediately as Suarez bit the player, and he said to me: ‘My friend, he’s bitten somebody, how can this be the price?’ I said: ‘He’d already bitten somebody when you first bid!’

“The thing to understand is that you are never actually in complete control of who you buy and sell as a club.

“There was much publicised interest in Alexis Sanchez, as part of the deal which saw Luis go to Barcelona, and that deal was done — the only reason it wasn’t was that the player and his wife wanted to live in London.”

Ayre departed Liverpool in February to take up a position at German side TSV 1860 Munich.