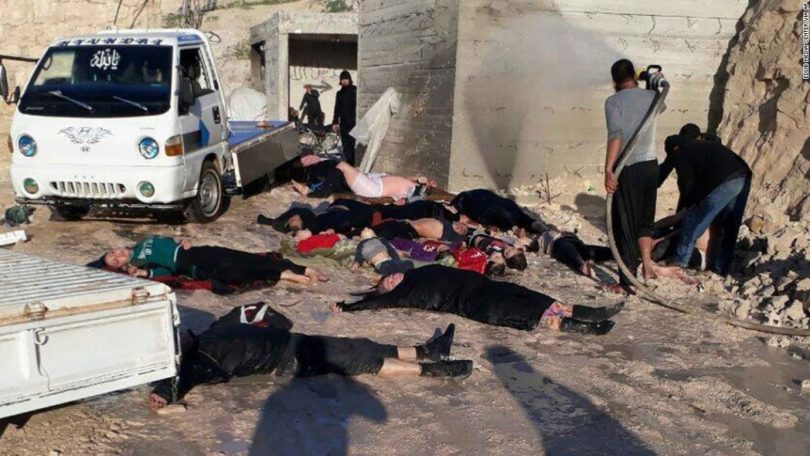 Sometimes in April, 1994, the world turned a blind eye to a little nation sending itself into extinction, a small country with perhaps no global significance. The world looked the other way when some blood thirsty Hutu militias decided to fete on the blood of innocent Tutsi minorities – same nation, same people, only different ethnicity.

That civil war claimed close to a million lives. With the graves being overwhelmed, bodies littered the streets of Rwanda, it was a gory sight best imagined than experienced. It took years for recovery, that country came out of that dark era, somewhat stronger.

A wise man once said, history does not only repeat itself, it also rhymes… less than 20 years later, somewhere on the other side of the world – Syria, humanity is showing itself in its most despicable form and yet again – as always, the world is looking the other way… The corpses are piling by the day while the mass and hastily dug graves are filling up.

War crimes have been committed – including murder, torture, rape and enforced disappearances, not to talk of the civilian sufferings – such as blocking access to food, water and health services. The latest twist is the use of chemical weapons on innocent civilians – children especially, the second time during the lifespan of this war.

This chilling video says it all:

This happened when a suspected chemical attack hit Syria's Idlib.

But the world is Mad at Pepsi and Kendall Jennerpic.twitter.com/jQ2t5XDR5W

This same war has birthed a new level of refugee crisis across the world… My God! Why?

Have you seen the look of horror and gory on the faces of those little children as they were being bombed to death? Women are subjected rape! I read a story recently of woman that opted to commit suicide rather than wait to be captured by enemy soldiers. In the end, what do we want? What is the end goal?

HOW DID WE EVER GET HERE?

Power. Control. Sovereignty. Freedom. Liberty. At the cost of millions of lives? Let’s not talk about the history or genesis of the war, it doesn’t matter anymore.

I’ve never tasted war, never been close to it but I’ve watched movies, read stories, even those were only a part of the complete story… No one wants to be a part of a war story.

Let’s show what makes us human, let’s blow the whistle and end it now.

Humanity is better than this, there’s a reason we are humans and not animals. Let’s just keep common sense and rationality aside; let’s allow the humanity in us.

As I write this piece, the Syrian War is now 6 years, 3 weeks and 1 day but if we’ll allow the humanity in us prevail, this war will end now and we can talk about rebuilding.