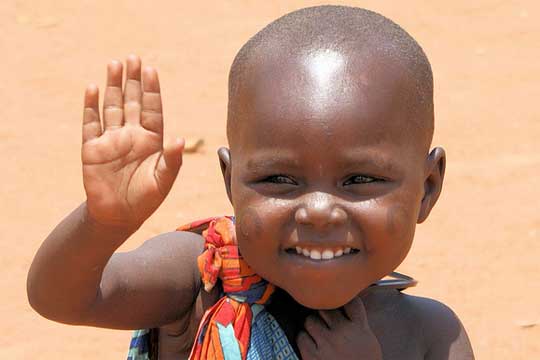 Raising children to be good members of the society involves a systematic, time demanding investment of a set of acceptable societal values in children over a period of time, usually from infanthood to adulthood. The responsibility for this continuous task, which is by no means light has been shifted around from one stakeholder in the society to another, like a pendulum.

Some people argue strongly that parenting skills are largely responsible for the outcome of a child. In a far reach, some shoulder the responsibility solely on the parents. This can be justified in the view that traits are largely passed down from parents to their offspring. A child’s first language, set of values, and culture are often shaped by informal education at home before it is old enough to start formal education. Psychology has established that a child mirrors the traits of the parents and reflects familial behavioural patterns.

Furthermore, as earlier established that child raising is a time demanding investment, children of school age undoubtedly spend more hours of the day away from the school environment. In Nigeria, basic education for kids requires six hours a day which spans Monday to Friday, culminating to thirty hours per week, out of the one hundred and sixty-eight hours that make up the week. This goes without the saying that such children spend less than one-fifth of the week in school. This is a major reason people think biological parents and guardians should be held responsible for the outcomes of their children. This view is loudly expressed in Africa when children are sexually abused or harass other children sexually. The responsibility is always fully laid on the parents, especially the mother for not investing adequate time in child upbringing.

On the other hand, while giving credence to the genetic manifestation of traits, biology has also established with empirical evidence, the enormous impact of the environment – in this case, the school- on the development and manifestation of traits. Thus, it is not uncommon to see young children exhibit traits and manners alien to their home training. African mothers, in particular, watch out for tantrums and such negative behaviour in the children as soon as they start schooling, and design appropriate measures to correct or address them. It is not uncommon to hear the phrase “My son picked it from school”, where ‘it’ refers to an untoward behaviour that warrants discipline.

While some schools of thought consider the time spent by the child in school of no significant consequence, others reckon it adequate enough for external influence. Usually, a child’s first exposure to peer influence takes place in school by interacting with other children who may hold divergent values. A recent survey where adult respondents revealed that they learned sex education away from home as children, underscores this stance. This is particularly true for children in the boarding system. A child’s formative years are also his school years where he gets exposed to culture on a bigger scale, religion, race, gender, sports, and science among other subject matters. A good example is the young Nigerian, Farouk Mutallab, who failed in his attempt to blow up an airline in December 2010. It was recorded that prior to the incidence, his father notified local and international authorities on the deviation of the son from acceptable societal values which he believed he picked up during the course of his education in a foreign clime.

In conclusion, juxtaposing the views of people who opine that the responsibility of civil upbringing rests solely on the parents with those who hold the school responsible, one would develop a holistic view that sees the need for the collaboration of the parents, the school, and the society at large, which includes the media. I would dare say that this is what the Parent Teacher Association (PTA) in every school aims to achieve – the seamless, continuous, unified inculcation of values and good virtue in a child for a better society.

Mopelola Fasakin is a pharmacist and researcher based in Lagos.