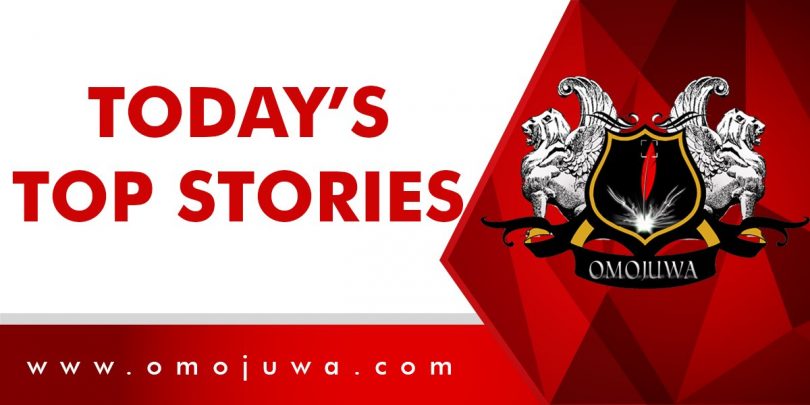 In Case You Missed It: Omojuwa.Com brings you a recap of top stories in the NEWS today 9th of March, 2017.

An FCT High Court has convicted and sentenced two out of five policemen accused in the extrajudicial killings of six Apo traders in 2005 to death.   The accused Ezekiel Acheneche and Emmanuel Baba were convicted of homicide punishable by death under section 22 1a of the penal code while others were absolved of wrongdoing and discharged.

Arsene Wenger has claimed that referees helped Barcelona, in their dramatic comeback against Paris Saint-Germain on Wednesday, but instead killed their own attempt to do the impossible at home against Bayern Munich.

VIDEO: “My husband humiliated me so much”, Tonto bares it all in new interview.

Nollywood actress, Tonto Dikeh towed the Tiwa Savage path by revealing the details of her troubled marriage in a tell-all interview with journalist, Azuka Ogujiuba recently.

A fight broke out in new Panteka market along the Nnamdi Azikiwe bypass when an Igbo man allegedly named his dog Muhammad.

The African Union Mission in Somalia, AMISOM, on Thursday confirmed that the leader of the militant group al-Shabaab has surrendered to government forces in Baidoa town in southern Somalia.

Justice Ishaq Bello of the Federal Capital Territory High Court on Thursday found two accused persons, Ezekiel Acheneje and Baba Emmanuel, guilty for their roles in the killing of six Igbo traders in 2005.

The Senate has ordered the Comptroller-general of the Nigerian Customs Service, Hameed Ali to appear before it next Wednesday in his appropriate uniform.

There was pandemonium on Oboye Street in the Orilowo end of Ejigbo community yesterday, March 8, 2017, after a gang suspected to be cultists engaged the operatives of the Anti-Robbery Squad in a free for all fight.

It has been a busy day at the Kaduna International Airport, as local airlines arrive in their numbers.

Indian doctors said Thursday that an Egyptian who was believed to be the world’s heaviest woman had successfully undergone weight-loss surgery after losing over 100 kilograms (220 pounds).

A 59-year-old man, Mr Ziworitin Keke, has allegedly cut off part of the genitals of his eight-month-old grandson while circumcising the boy at Ondewari, a coastal settlement in Bayelsa.

Photos of a young man who celebrated in style after Barcelona made an incredible comeback in the history of UEFA Champions League are currently trending online.

The immediate past government in Ondo State led by Dr. Olusegun Mimiko said it left N20 billion in the state coffers, refuting allegations by the ruling All Progressives Congress (APC) that it inherited N150 billion debt.

President Barack Obama was irked and exasperated in response to his successor’s uncorroborated wiretapping accusation, sources close to the former president, though these sources say Obama’s reaction stopped short of outright fury according to CNN.