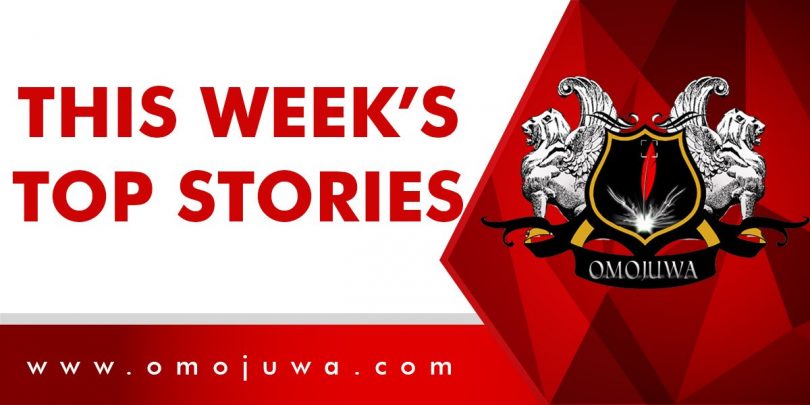 In Case You Missed It: Omojuwa.Com brings you the top trending stories in the NEWS for the past week

The Central Bank of Nigeria, CBN, has released a new foreign exchange policy in the country that will be enacted with immediate effect.

Muhammadu Sanusi II, emir of Kano, has said a family law will soon be put in place to outlaw forced marriages in the state.

Andrew Yakubu, a former managing director of the Nigerian National Petroleum Corporation (NNPC), has asked the court to return the $9.7 million and £74,000? seized from him by the Economic and Financial Crimes Commission (EFCC).

A medical doctor at the Department of Family Medicine at the Lagos State University Teaching Hospital, Monday, told an Ikeja Division of the Lagos High Court how a Muslim cleric, Akeem Ibrahim, shaved the pubic hair of a teenager, applied concoction on her, and digitally penetrated her vagina.

The Kaduna State Government on Monday announced that the Garrison Commander of the 1 Division of the Nigerian Army and the state’s Commissioner of Police have relocated to the southern part of the state.

The Central Bank of Nigeria, CBN, on Monday unveiled a new foreign exchange, FOREX, policy. The policy is to increase availability of FOREX to ease the difficulties Nigerians encounter in funding foreign exchange transactions.

The Central Bank of Nigeria (CBN) yesterday ordered all banks to open foreign exchange (forex) kiosks at major airports and approved outlets.The order was issued barely 24 hours after The Guardian exclusively reported that passengers were stranded at the international airports on account of dollar scarcity.

The EFCC operatives are battling to resolve the mystery, following the discovery of the bank account with N8.4billion which has no signatories

BBNaija: I Lied About Being A Virgin, Faked My Accent – Gifty

Gifty Powers, the recently evicted Big Brother Naija housemate has opened up on some of the lies she told during her time on the reality show.

The Nigerian Naira on Thursday recovered to N490 per dollar, as the fresh policy action from the Central Bank of Nigeria finds its foothold.

Disheartened by the continuous attacks on Nigerians in South Africa, some protesters on Thursday attacked and vandalised the head office of South African owned telecommunications company, MTN in Abuja in apparent retaliation, an MTN spokesman said.

Acting President Yemi Osinbajo inspected toilets and carousel during a surprise visit to the Murtala Muhammed International Airport in Lagos, on Thursday.

The New York Times, through a Freedom of Information Act request, has obtained documents containing detailed accounts of how slain Al Qaeda leader, Anwar al-Awlaki, mentored a Nigerian, Farouk Abdulmutallab, who tried to explode a bomb hidden in his underpants, on a flight from Amsterdam in the Netherlands to Detroit, United States, on Christmas Day in 2009.

The Financial Times of London has observed governance in Nigeria, since President Muhammadu Buhari left the country over 33 days ago, and concludes that Acting President Yemi Osinbajo, has seized Buhari’s absence to deliver what Nigerians have been expecting for two years.

It was a gloomy day today at the Nigerian Civil Aviation Authority (NCAA) as the Federal Government approved the sack of all the directors in the regulatory agency.

Nollywood Actress, Tonto Dikeh is not done speaking up about her marriage to Churchhill Olakunle.

South African government has said that there is need to collaborate with major stakeholders in Nigeria to find lasting solution to the xenophobic attacks in South Africa.