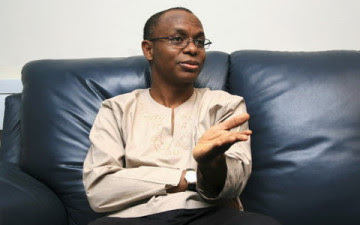 Kaduna State Gov. Nasiru El-Rufai, has assured the people of Southern Kaduna that all those culpable in the dastardly act of killing innocents people in the area would be tracked down and prosecuted.

He described the incident in Southern Kaduna as unfortunate and condemnable.

He stated this when the Council of Traditional Chiefs and Emirs led by Emir of Zazzau, Alhaji Shehu Idris paid him a solidarity visit.

“This is not something to talk about because I am not the first governor to receive this kind of treatment, every governor in the last 15 years in this state has been treated this way and it is part of the challenges and burden of leadership. So I am not disturbed.

“As you know, leaders especially in any political dispensation, must learn to tolerate a lot of things because you have those who like you and those who oppose you because of political differences.

” That is why I did not take this personal, but what we will do is to prosecute all those responsible for the killings. And we are working hard with security agencies to ensure our citizens are safe and secure,” the governor said.

He said, the biggest assignment is for the citizen to unite and should do the best to see that they have peace and unity as a prerequisite for progress and development.

“Besides security challenges, we are faced with poor infrastructure, poor social amenities, poor schools, bad roads, lack of power and potable water and that is what this government is working to provide for the people.

We have cut down the gains and monetary profits people get in government just to be able to provide democratic dividends to the people. In your domains, you can see on-going projects at various stages of completion.

“We are also committed to demonstrating fairness and equity in the way we execute projects all over the state. I and my deputy and all those who work under this administration, have taken oaths with either the Quran or the Bible, that we will be fair and just in our affairs. I am giving you my promise that we will be guided by this oath in all our dealings.”

On the issue of Southern Kaduna, the governor said that three measures would be put in place.

“I have met the Chief of Army Staff and he has approved the establishment of two battalions in Southern Kaduna; one in Kafanchan and the other one in Kachia.

I thought the one in Kachia will be sited elsewhere because of the presence of both the Nigerian Army and Navy Schools but I know the military has a reason of putting it in Kachia.

Those responsible for Southern Kaduna killings will be prosecuted – el-Rufai